In a groundbreaking ceremony held this morning, developer ABS Properties, Inc. marked the official start of work on the adaptive reuse of the Hollywood Western Building.

The 1928 Art Deco landmark, named for its location at the southwest corner of Hollywood Boulevard and Western Avenue, will see its upper floors transformed from 48,000 square feet of offices to 79 apartments income-restricted apartments. Approximately 10,000 square feet of existing street-level retail space will be retained. 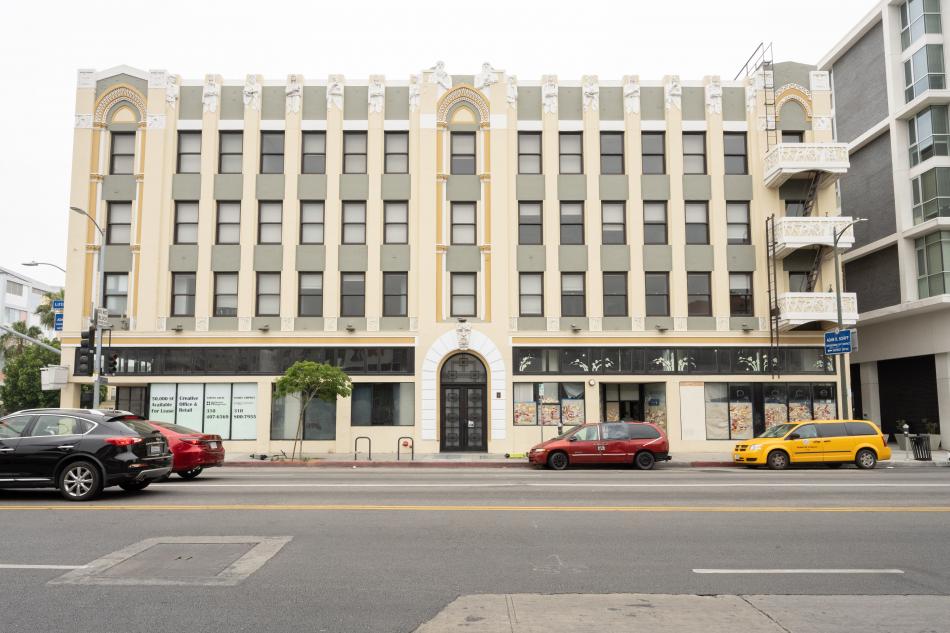 At completion, the apartments are to be reserved for seniors earning at or below 30, 50, and 80 percent of the area median income level. A total of 39 units would benefit from project-based vouchers, and master leased by The People Concern, which provides services to unhoused residents.

Funding for the project, which will rebrand the building as the Residency at the Mayer, includes $42 million in tax-exempt and taxable mortgage revenue bonds announced earlier this year by Greystone.

The Hollywood Western Building, also known as the Mayer Building, was built by a group of partners which included Metro-Goldwyn Mayer co-founder Louis Mayer. The local landmark housed the Central Casting Bureau for three decades, and more recently field offices for several government officials. It is listed on the National Register of Historic Places, and is also a Los Angeles Historic-Cultural Landmark. 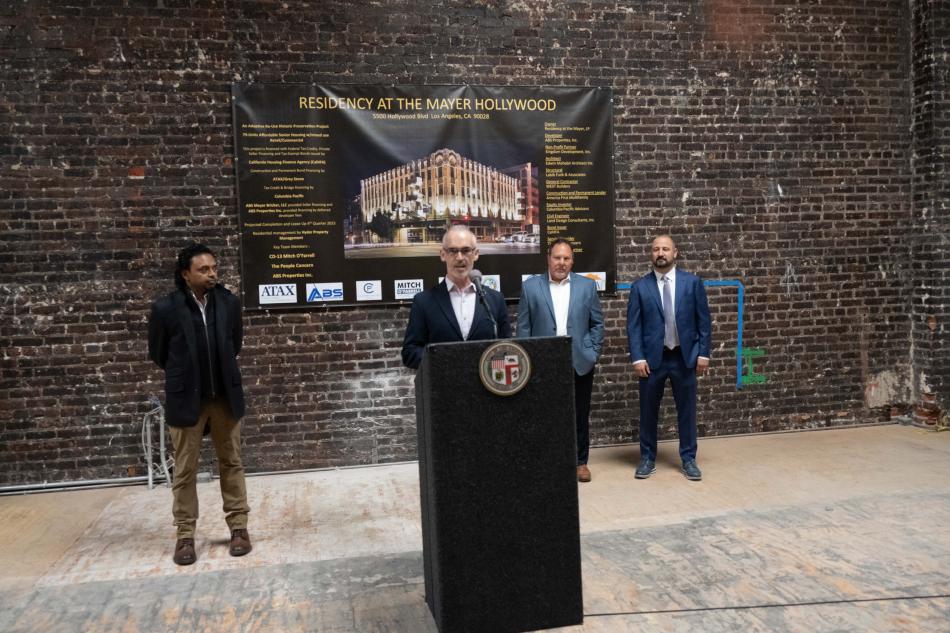 Groundbreaking ceremony for Residency at the Mayer HollywoodGary Leonard

ABS, which acquired the Mayer Building in 2015, is also behind plans to redevelop an adjoining parking lot with a seven-story building featuring 95 apartments and ground-floor commercial space. That project would follow five years after a mixed-use apartment building opened on a neighboring property along Hollywood Boulevard in 2017.