After three years of construction, Brookfield Properties has completed its $250-million overhaul of Downtown's California Market Center (CMC) and signed a new anchor tenant for the landmark office complex.

Earlier today, Brookfield announced that shoe and apparel maker Adidas has signed a lease to occupy 107,000 square feet of offices across the top two floors of CMC's office buildings, as well as a private sky deck.

“For over 50 years, CMC has served as a historic cornerstone for L.A.’s most forward-thinking entrepreneurs in the fashion industry,” said Brookfield Properties executive vice president in a statement. “Now, the new CMC has been reimagined to appeal not just to fashion-focused commerce but also to creatives from the technology, entertainment and media industries. We’re excited to welcome Adidas, one of the world’s most recognized and valued brands to the new CMC.”

Built in the 1960s, California Market Center occupies a full block wrapped by 9th Street, Main Street, Los Angeles Street, and Olympic Boulevard. The complex includes 1.85 million square feet of space within three mid-rise structures, and has long served as a hub for the wholesale apparel industry. The Gensler-designed renovation of the property added new glass windows and skybridges to better connect the complex, and also converted unused rooftop space into amenity decks. Additionally, a standalone bank building at the corner of 9th and Main has been cleared to make way for a 13,700-square-foot landscaped plaza. Other amenities slated to open this year include a 15,000 tenants-only gym with an adjoining basketball court. 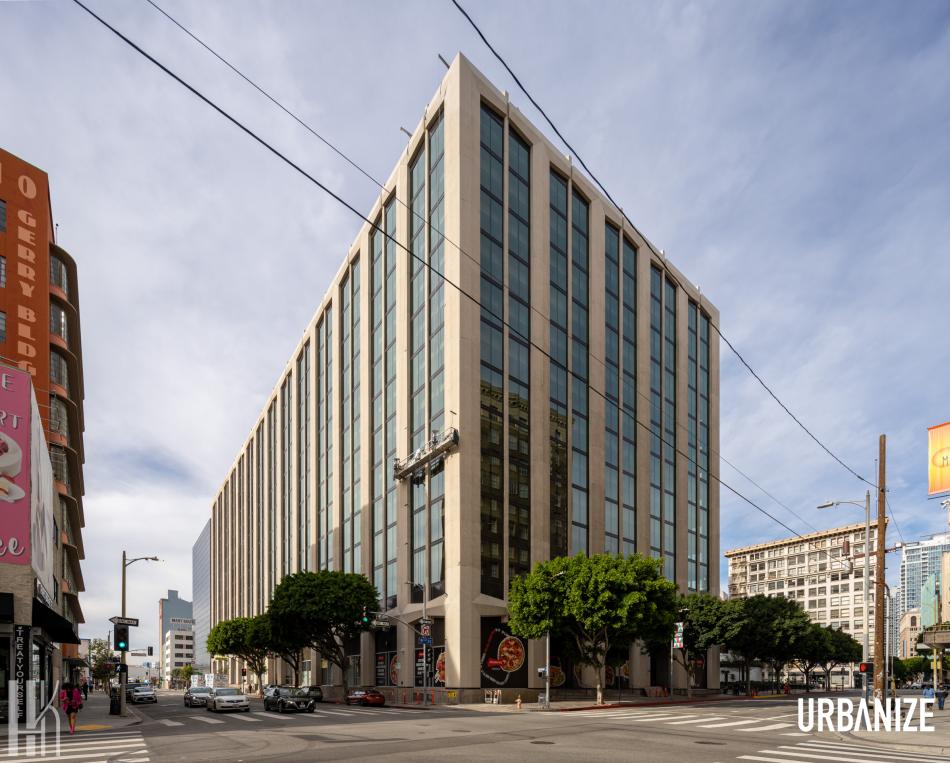 At street level, 150,000 square feet of commercial space is intended to activate the fortress-like site. Brookfield has signed a lease agreement with Urbanspace, a company which develops public markets and food halls, to open a 15,000-square-foot space on the property's ground floor that will be its first Los Angeles outpost. Plans call for a total of 19 local food and beverage vendors, as well as other concepts sourced from Urbanspace locations in other parts of the country.

Broookfield, which ranks as Downtown's largest office landlord, has spent the past five years investing heavily in its portfolio, including upgrades to the Wells Fargo Center and the construction of a new apartment tower adjacent to the Figat7th shopping mall. The company is also planning to construct a 34-story residential building adjacent to Bank of America Plaza, capitalizing on the property's leftover development rights.

Adidas, the California Market Center's new anchor tenant, was already a part of the Downtown community. In 2018, the company announced that it would open a 31,000-square-foot office complex at ROW DTLA.