A vacant lot located up the street from the Sylmar/San Fernando Metrolink Station is set to be developed with affordable housing, according to an application submitted this week to the Los Angeles Department of City Planning. 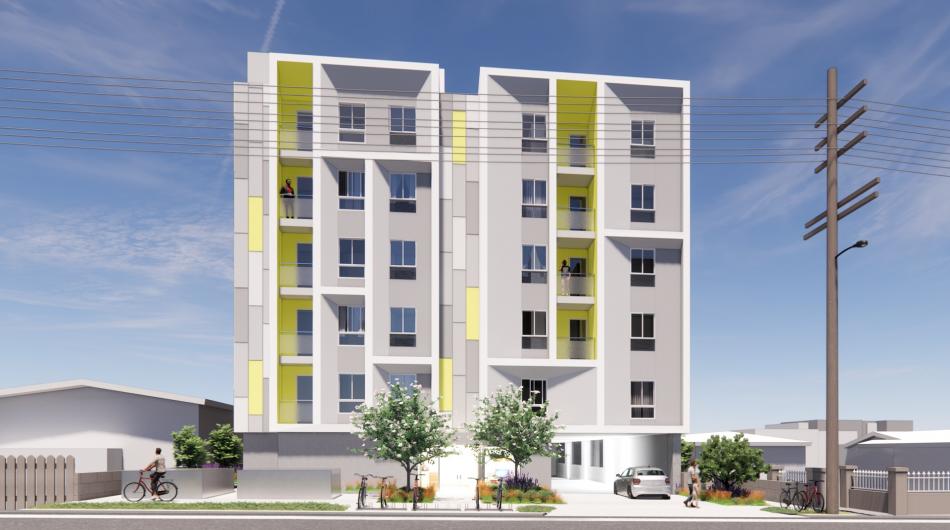 Aaron Mensch of R2H Sylmar, LLC, listed as the owner and applicant behind the project at 12534 San Fernando Road, is seeking entitlements for the construction of a new six-story building which would feature 164 apartments - all of which would be deed-restricted as affordable housing, save for a single manager's unit. Plans also call for 82 parking stalls on a single subterranean level.

The project, called Sylmar Village, would include 130 units priced for low-income households and 33 units priced for moderate-income households, according to architectural plans. As a 100 percent affordable housing development, the project is eligible for density bonus incentives permitting a larger structure than otherwise allowed by zoning rules.

JZA is designing Sylmar Village, which is depicted in renderings as a contemporary podium-type building. Floor plans show common amenity rooms on each floor, as well as a large deck spanning most of the rooftop. 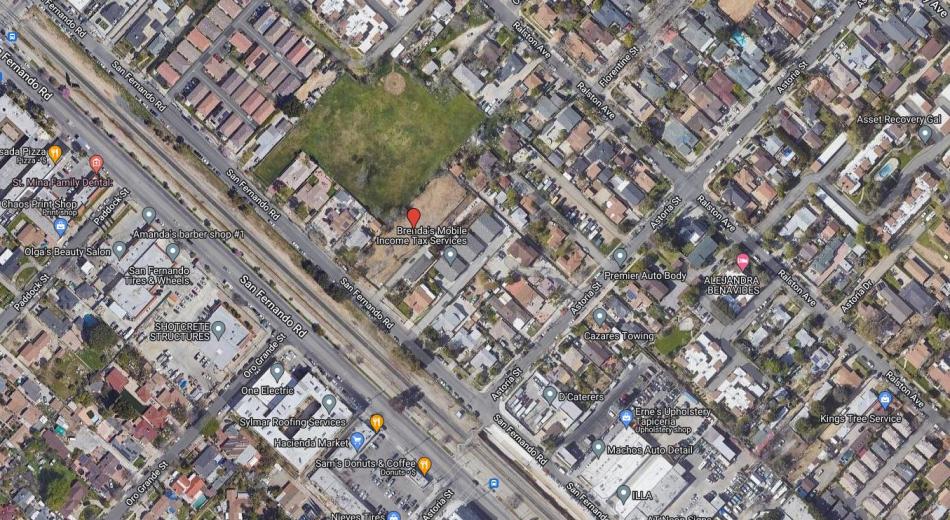