Next week, the Santa Monica Architectural Review Board is scheduled to take its first look at plans from VCHC to raze a series of industrial buildings located at 1624 20th Street to make way for the construction of a new seven-story edifice featuring 78 apartments above subterranean parking for 26 vehicles. Plans call for a mix of one-, two-, and three-bedroom dwellings ranging from 450 to 900 square feet in size.

Atelier Cory Henry and KFA Architecture are designing the project, which is of a contemporary style, and would have an exterior of aluminum, stucco, and concrete. The apartment complex, planned with an O-shaped footprint, would include amenities such as a community room and a courtyard at the ground level, with additional landscaped spaces at the third floor and rooftop. 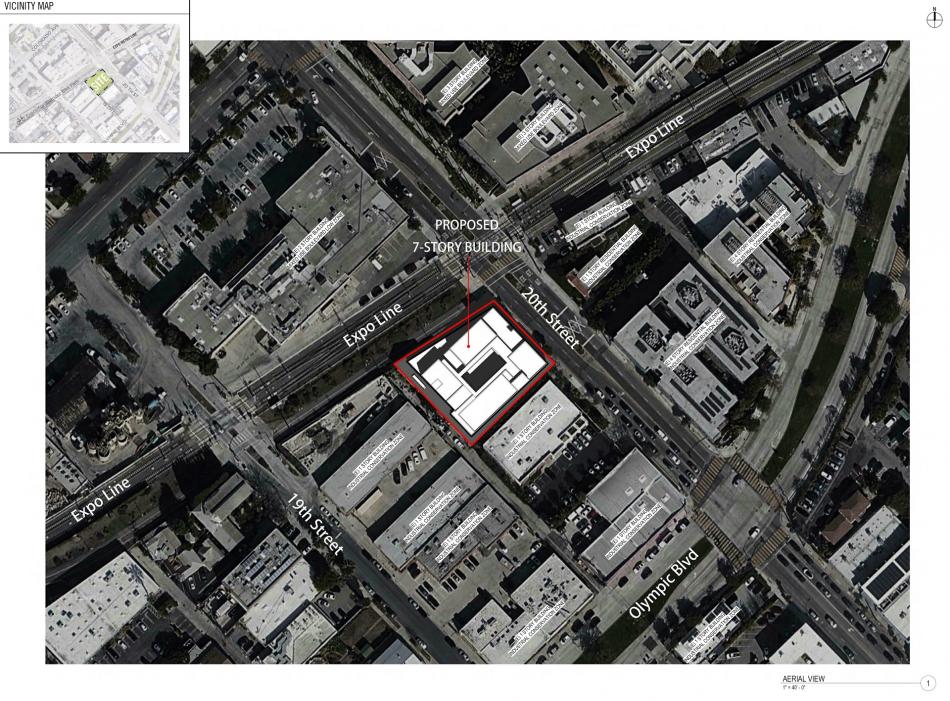 The presentation to the Architectural Review Board is for a preliminary review, and no vote is scheduled at this point in time. According to Henry, the design currently depicted in the rendering portrays an early iteration of the project, and changes are now being implemented to the building's color palette and window layout, among other features.

The project, which would rise midway between the E Line's 26th Street/Bergamot and 17th Street/SMC Stations, joins a number of infill housing and office developments planned nearby.

VCHC, the developer, is behind plans for several affordable and supportive housing developments in the Venice community, including a new project which would replace a public parking lot just east of Venice Beach.