AltaSea's master plan for a 35-acre campus on the L.A. Waterfront is inching closer to reality.

Earlier this month, the non-profit corporation announced that it had secured $12 million in funding from the State of California and the Port of Los Angeles for the construction of the initial component of its new Center for Innovation, which is billed as the West Coast’s largest blue economy research and development center.   The project will commence with the renovation of Berth 58, which will comprise the initial 60,000 square feet of space of the 180,000 square feet that is planned.

Berth 58 will serve as an incubator space for new businesses focused on sustainable ocean-related businesses, such as those generating offshore renewable energy or focused on underwater robotics and food production.  The center will also offer support for educational and workforce development initiatives.

"This commitment of state funding will help unlock important innovations that will help the people of this planet," said State Senator Steven Bradford, who helped secure $6 million of the new funding for the project.  “I am looking forward to AltaSea collaborating with our public schools to give students, especially in underserved communities, the opportunity to engage in innovative ocean STEM programs through workshops and internships. Investing in our young people is an essential part of environmental justice, and I am glad AltaSea will be expanding their ability to do so.”

That funding will be coupled with $6 million provided by the Port of Los Angeles, an advance on a total $40-million commitment to the organization.

Construction on the Center of Innovation is anticipated to commence by mid-2022, according to AltaSea's announcement.  Completion is expected in the first half of 2023.

AltaSea, which is a public-private partnership including the Port of Los Angeles, intends for its Gensler-designed campus to become a hub for the "blue economy," which is definied by the World Bank as the sustainable use of oceans and the marine environment to achieve economic growth..  The Los Angeles Economic Development Corporation estimates that by 2030, such businesses will account for 126,000 jobs in Los Angeles County and pay a combined $37.7 billion in wages. 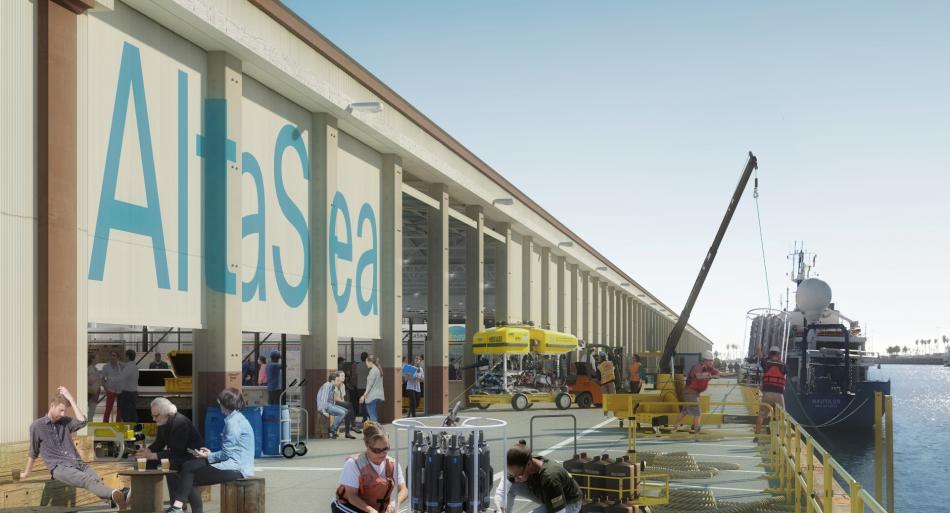