A shopping center across the street from the new small-scale Target in Historic Filipinotown is poised to make way for multifamily housing. 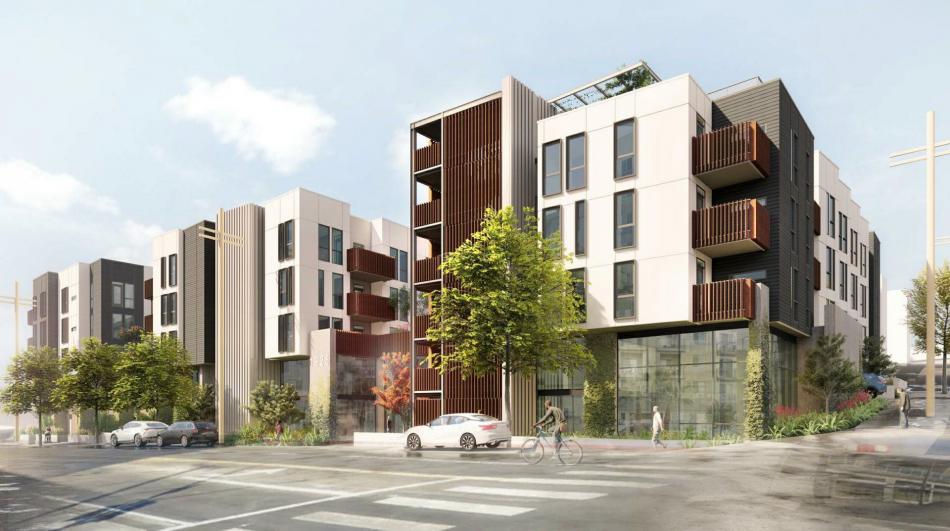 Earlier this month, an entity affiliated with Beverly Hills-based Axiom Real Estate Investments and Sharp Capital Group submitted an application to the Los Angeles Department of City Planning to raze the 23,000-square-foot retail center and attached parking lot at 1925 W. Temple Street, clearing the way for the construction of a new five-story edifice featuring 93 apartments above a 112-car parking garage.

Requested entitlements for the proposed project include Transit Oriented Communities incentives, permitting greater floor area, density, and height than allowed by zoning rules. Axiom would set aside eight of the apartments as deed-restricted affordable housing at the extremely low-income level in exchange for the incentives. 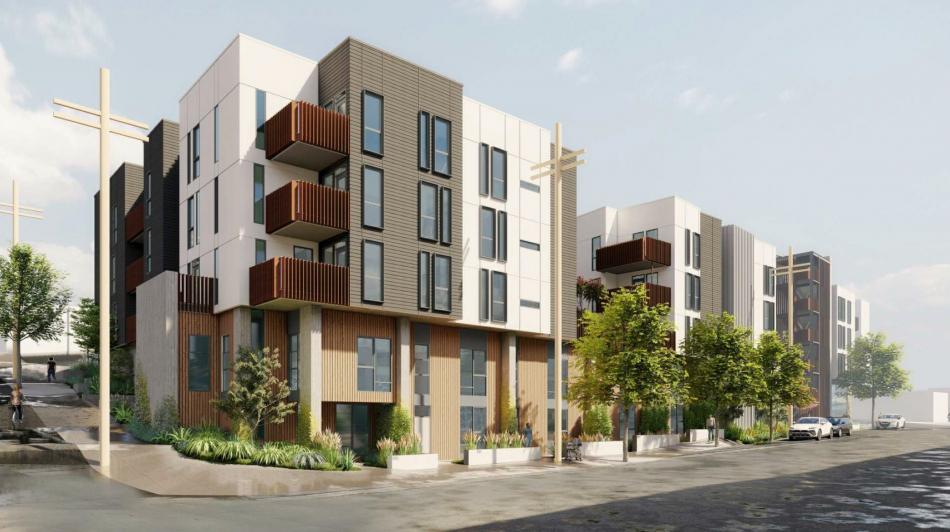 Renderings of the proposed project, which is labeled as Temple West Plaza, depict a contemporary low-rise structure with an E-shaped footprint above the podium level, leaving space for two courtyards overlooking Temple Street. Additional open space would be provided through a rooftop deck.

While not a mixed-use structure like the Alexan Bahay apartments across the street, which house the Target retail store, Axiom's project would include street-fronting live/work units along Temple Street.

The proposed apartment complex joins a handful of new residential buildings in the works near the intersection of Temple and Alvarado Streets, including a proposed supportive housing development slated for a property located just west across Westlake Avenue. 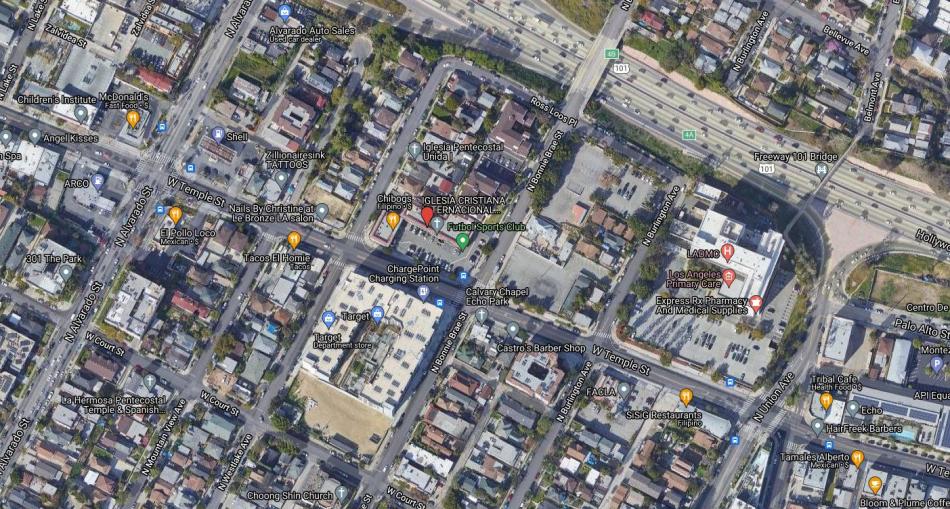 In addition to the Temple Street development, Axiom is also developing a mixed-use project at the former site of the Liquor Bank in Leimert Park.