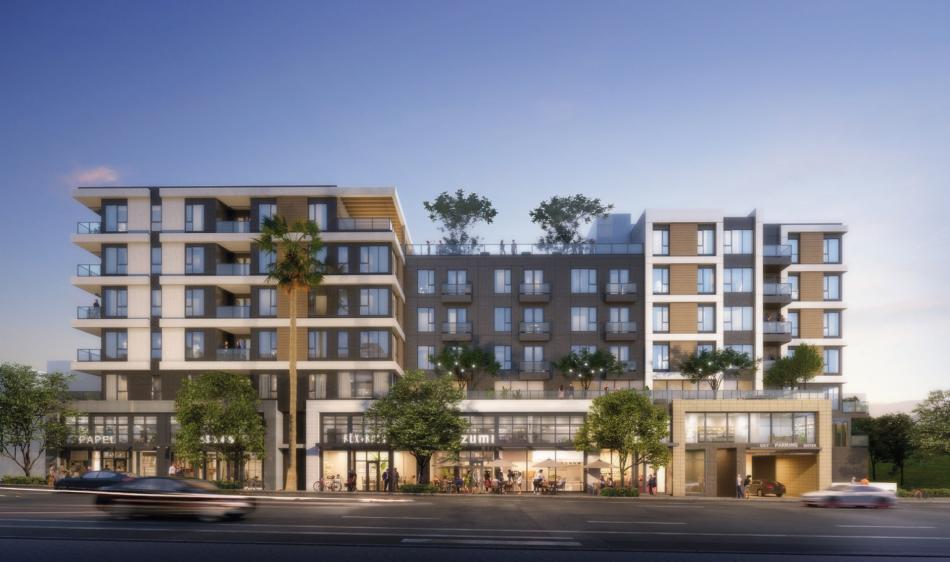 Slated to replace a collision repair center at 3209-3227 Sunset Boulevard, the proposed project calls for the construction of a seven-story building containing 86 studio, one-, and two-bedroom apartments above roughly 8,000 square feet of ground-floor retail space and a 69-vehicle automated parking garage.

MVE + Partners is designing the project, currently known as 3225 Sunset, which is depicted in a rendering as a contemporary podium-type building clad in fiber cement panels and tile. Architectural plans show setbacks on the second and seventh floors, which be used as space for residential amenity decks. Additional common features include a fitness center and a community room on the top floor.

Entitlements approved by the Commission include density bonus incentives a larger structure with less on-site parking than otherwise required under zoning regulations.  In exchange, RYDA would be required to set aside 10 of the proposed apartments would be set aside as deed-restricted affordable housing at the very low-income level for a period of 55 years. 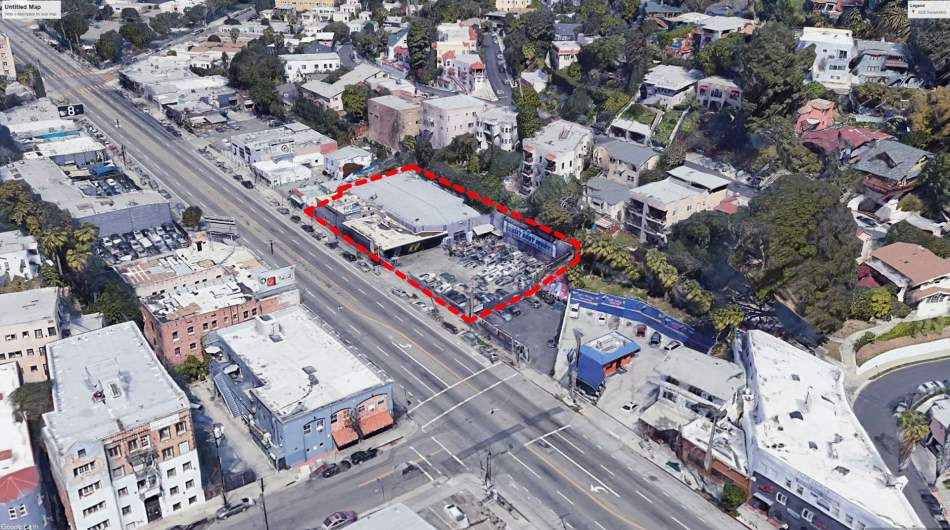 In addition to a handful of ground-up residential buildings planned in Silver Lake's, RYDA's past projects include the restoration of historic properties in Downtown Los Angeles, such as the Pettebone Building, which was sold to Korean gaming company NHN Global in 2019 to serve as its new American headquarters.

Other developments planned nearby in the Silver Lake neighborhood include a proposed five-story, 74-unit apartment complex less than a quarter-mile east at 3004 Sunset Boulevard.