In 2019, the Hospital Club opened its first American outpost at the former Redbury Hotel near Hollywood & Vine. Less than one year later, citing the impacts of the global pandemic, the private club shut its doors for good. Now, a new operator has designs on the local landmark at 1717 N. Vine Street.

Salt Hotels Group announced this week that it will open The Aster, a new private club in the former Redbury space in June 2022. As with the shuttered hotel and the Hospital Club which came before it, plans call for making use of an existing swimming pool, lounges, work areas, restaurants, as well as other amenities such as a recording studio and a screening room.

The Aster will also incorporate 35 hotel suites, each more than 700 square feet in size, which will provide access to all member amenities. The Club, which is named for Aster flower, will also repurpose a 7,200-square-foot rooftop space as a destination restaurant, available by reservation for both club members and visitors. 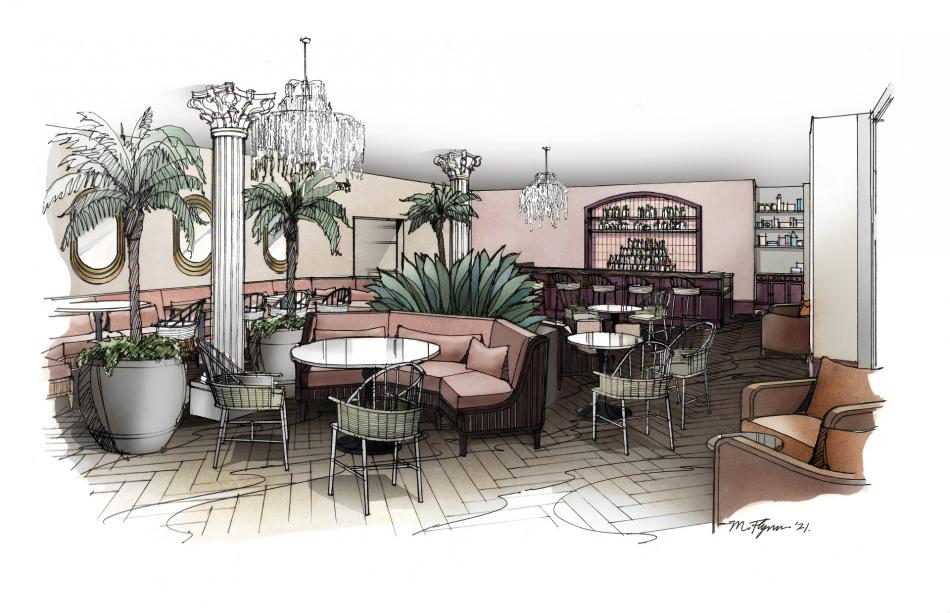 The Pool Room at The AsterSalt Hotels Group

“As a result of the pandemic, we’ve noticed how the lines of work and play have blurred and there is an increased desire to live with flexibility and freedom," said Salt Hotels Group co-founder Kevin O'Shea in a statement. "In creating The Aster we look forward to providing locals and travelers alike with meaningful spaces to meet, connect, work, dine and unwind, regardless of whether someone is a member or hotel guests."

The project site abuts the large parking lots wrapping the Capitol Records Building, where developer Millennium Partners has plans for a $1-billion skyscraper complex known as Hollywood Center. Also in the works across Vine Street is a 13-story, 240-room citizenM hotel.