Just south of the Walk of Fame in Hollywood, a nearly 100-year-old parking garage is set to become the base of a new multifamily residential development. 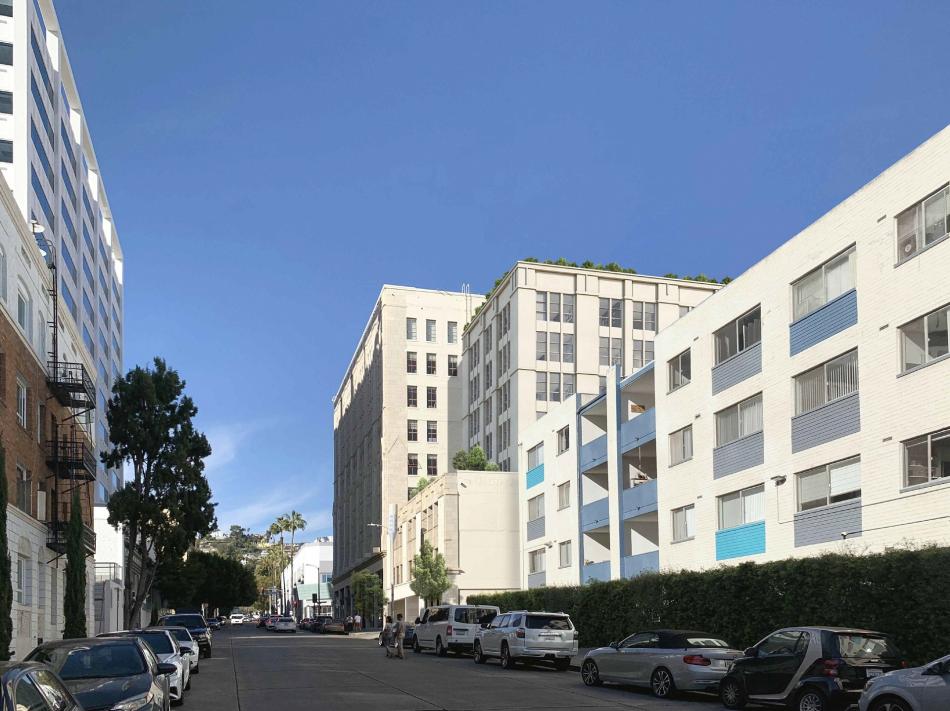 Yesterday, Steve Hakim of Hakim Holdings submitted an application to the L.A. Department of City Planning seeking approvals for a project which would involve the adaptive reuse of the three-story parking garage at 1670 N. Sycamore Avenue, as well as the new construction of five floors of new apartments above.  The resulting development would feature a total of 55 apartments while retaining 60 parking stalls in the existing structure.

Requested entitlements for the proposed development include Transit Oriented Communities incentives to permit greater density than allowed by zoning rules, as well as reductions to required setbacks and on-site open space. In exchange, six of the new apartments are to be set aside for rent as affordable housing at the extremely low-income level for a period of 55 years.

Mika Design Group and Robert James Taylor Architects highlight the architecture team for the project, which would grey stucco on its upper floors in an attempt to match the appearance of the stone garage below. The eight-story complex would also include amenity decks at the rooftop and fourth floor, as well as interior spaces on the ground level. 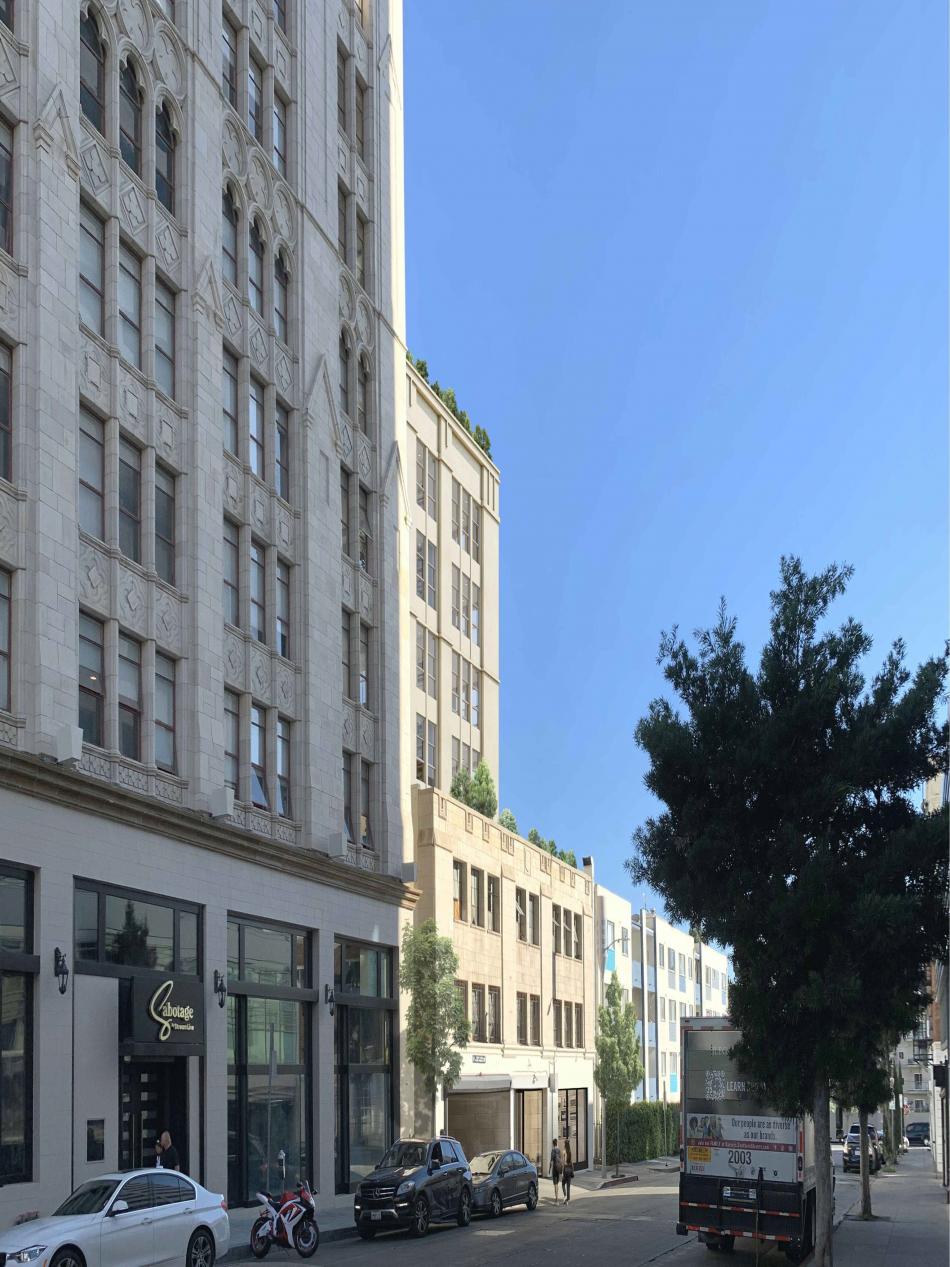 The proposed development, in addition to the attractions of the nearby Walk of Fame, also sits one block west of a parking lot on Hawthorn Avenue where Los Angeles Planning officials recently signed off on a project that would create 137 apartments and retail behind the El Capitan Theatre.