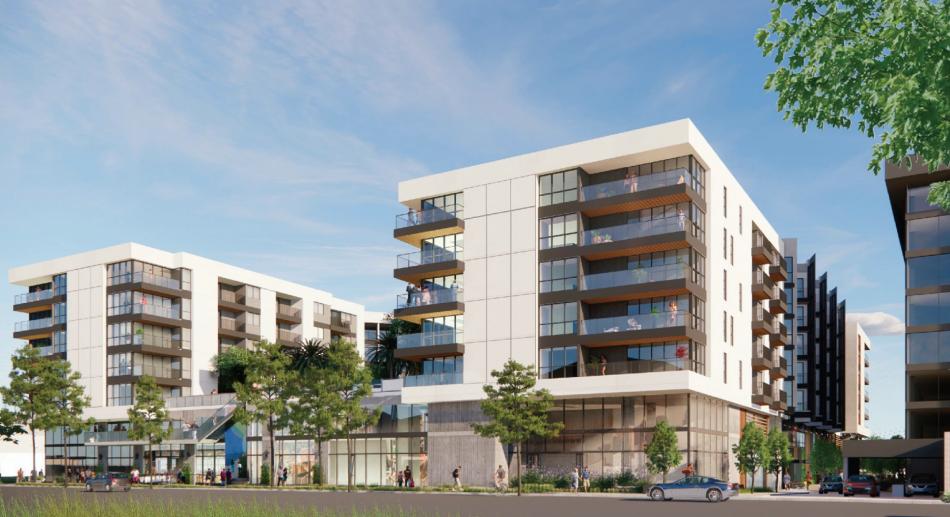 The project, one of TCR's Alexan-branded developments, would from a property located at 150 N. Santa Anita Avenue, replacing two small commercial buildings and a surface parking lot. Plans call for the construction of a seven-story building featuring 319 studio, one-, and two-bedroom apartments - ranging from 540 to 1,220 square feet in size - above parking for more than 570 vehicles.

Under a condition of approval, TCR would is required to set aside 26 of the apartments as affordable housing, making the project eligible for density bonus incentives.

Studio One Eleven is designing the Alexan, a contemporary podium-type building which would be flanked by a new outdoor plaza, separating the new apartment complex from an existing eight-story office building. An alley on the eastern property line is to be converted into pedestrian paseo, providing easier access to the L Line stop and Downtown Arcadia. 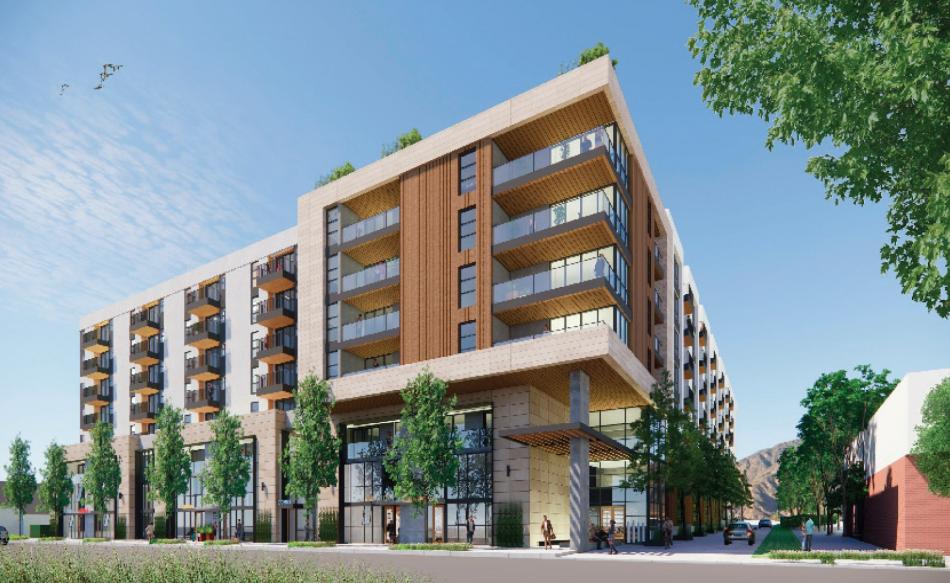 The office building and an existing and one-story bank are also included in the project site, and slated for retention. However, plans call for the addition of a small cafe within the office building.

According to an environmental study previously circulated by the City of Arcadia, construction of the Alexan is expected to occur over a 26-month period commencing in June 2023 and concluding in August 2025.

Arcadia is one of multiple cities in the San Gabriel Valley which has capitalized on the Foothill L (Gold) Line extension to foster development near its station, including neighboring Monrovia, where another Alexan apartment complex is planned. 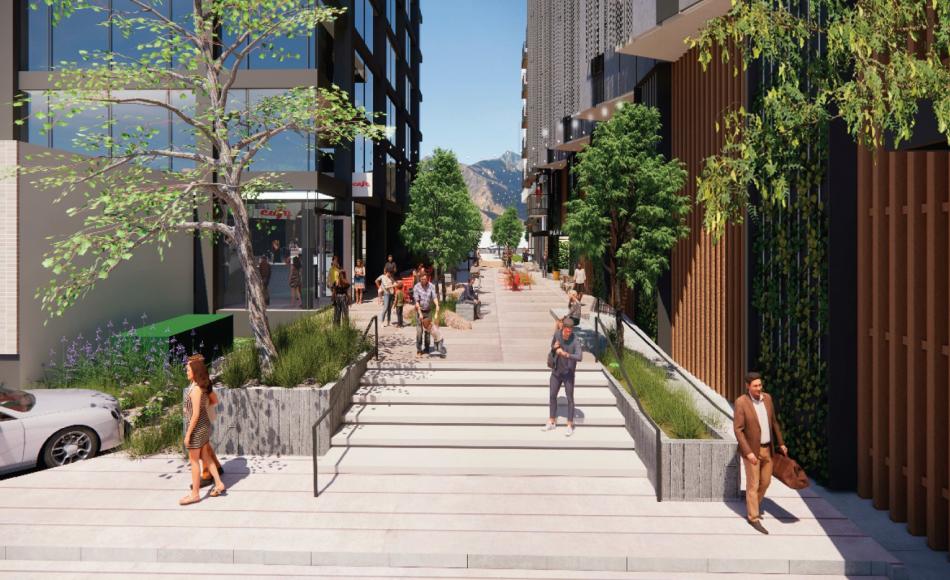