Just east of the Culver City Stairs in Baldwin Hills, construction hast topped out at 5950 Jefferson Boulevard, site of a new office building from Urban Offerings and Meridian Group. 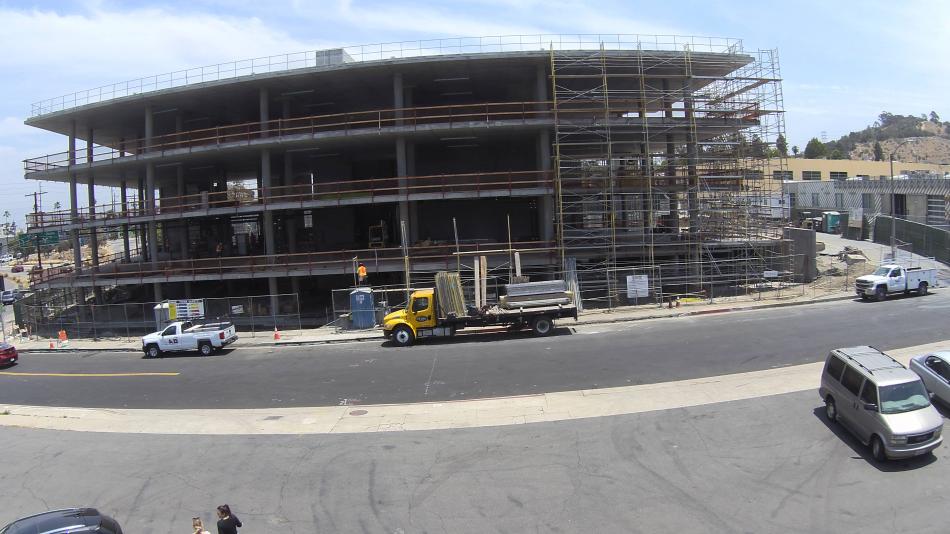 The project, which broke ground in early 2020, consists of a four-story edifice that will feature approximately 80,000 square feet of space above a 175-car basement parking garage.

Carrier Johnson + Culture is designing the office building, which is depicted in renderings as a contemporary low-rise structure clad in glass and concrete.  A series of upper level setbacks and insets will be used to create balconies and amenity spaces for tenants.

Construction of 5950 Jefferson is now expected in the first half of 2022.

The project, located near Culver City's Hayden Tract, is one of several large office developments are either planned or under construction. 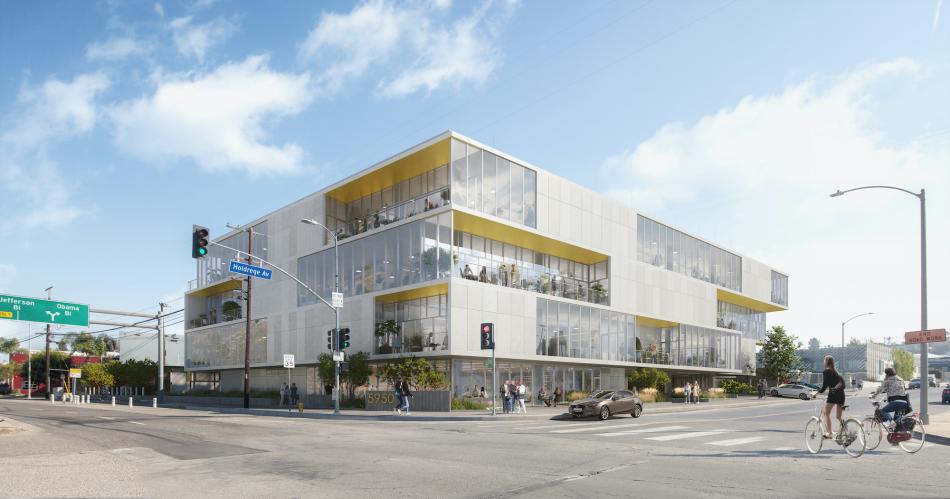 A short distance north at 5790 Jefferson Boulevard, the steel skeleton of Wrapper, a 17-story office tower designed by Eric Owen Moss, is nearly complete.  Another high-rise is slated to replace a parking lot located just south.

Just across the street from the Urban Offerings property, Clarion Partners and LPC West are seeking to build a 329,000-square-foot office building at 5870-5890 Jefferson Boulevard.