Slowly but surely, a proposed medical office tower in Beverly Grove is wending its way through the city approval process. 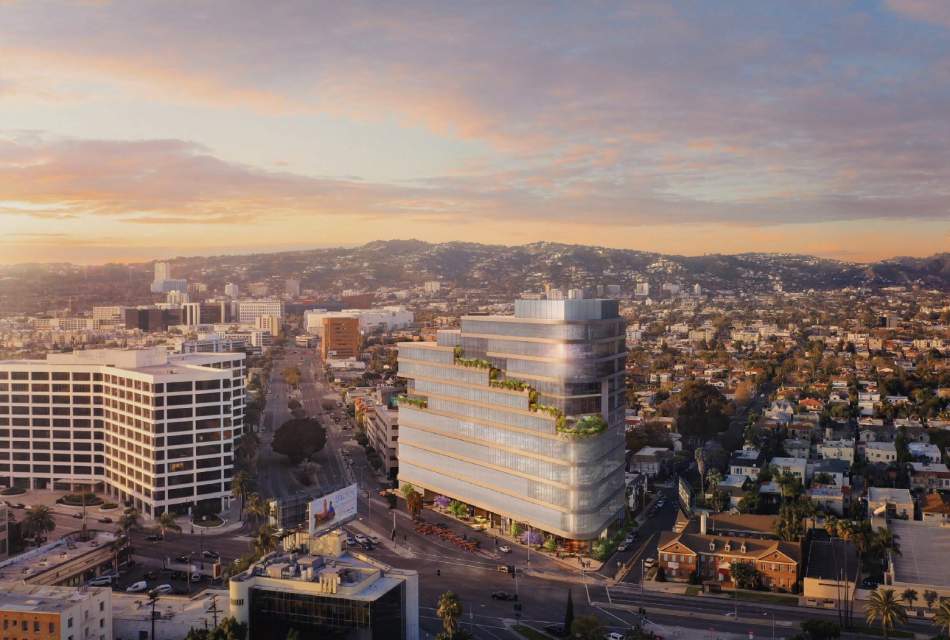 The project from Los Angeles-based Stockdale Capital Partners, slated to replace a Big 5 Sporting Goods store at the intersection of Wilshire and San Vicente Boulevards, would consist of a 12-story building featuring 140,000 square feet of medical office space above 418 parking stalls on four above-grade levels and 5,000 square feet of ground-floor retail and restaurant space.

ZGF Architects is designing the glass-clad tower, which would rise to a maximum height of approximately 230 feet above street level.  With a trapezoidal footprint, the building would have a wedge-shaped appearance at Wilshire and San Vicente.  Plans call for a series of cascading amenity decks carved into the side of building.

A draft environmental report published this month by the City of Los Angeles includes an estimate that construction of the tower would begin in 2021 and conclude by 2023.  That schedule, which is contingent on the approval of discretionary entitlements such as a general plan amendment and zone change, is one year behind the originally anticipated schedule for the project.

The project is one of a handful of large new developments planned in close vicinity to Cedars-Sinai hospital, including developer Rick Caruso's 16-story apartment tower at 333 La Cienega Boulevard and a similar 19-story tower which would rise next to a church at 333 San Vicente Boulevard.  Cedars itself is pursuing an expansion which would result in a new patient tower at the intersection of San Vicente and Beverly Boulevard.