Developer GPI Companies has pared back its plans for a mixed-use housing development at the former site of the Friars Club on Santa Monica Boulevard, according to a presentation given last month to the Beverly Hills Planning Commission.

The project, which was approved in 2020, would rise from a currently vacant lot located at 9908 Santa Monica Boulevard.  As previously envisioned, the four-story structure was expected to include 25 one-, two-, three-, and four-bedroom condominiums (ranging from 1,124 to 4,044 square feet in size) above approximately 13,000 square feet of ground-floor commercial space and a three-level, 176-car basement parking garage.

The revised plan, as presented to the Planning Commission, would reduce the total amount of housing to just 17 units (two-, three-, four-, and five-bedroom dwellings from 3,080 to 6,991 square feet), allowing direct elevator and stairway access into each residence.  Additionally, the amount of on-site retail has been cut to 12,560 square feet, and the amount of proposed parking has been reduced to 148 stalls.

The design of the project, which comes from New York-based Thomas Juul-Hansen supported by executive architect, Steinberg Hart is largely the same as the concept approved in 2020.  However, the building has replaced amenity space at street level with one residential unit, while also adding private pools at the rear yard and on the second floor. 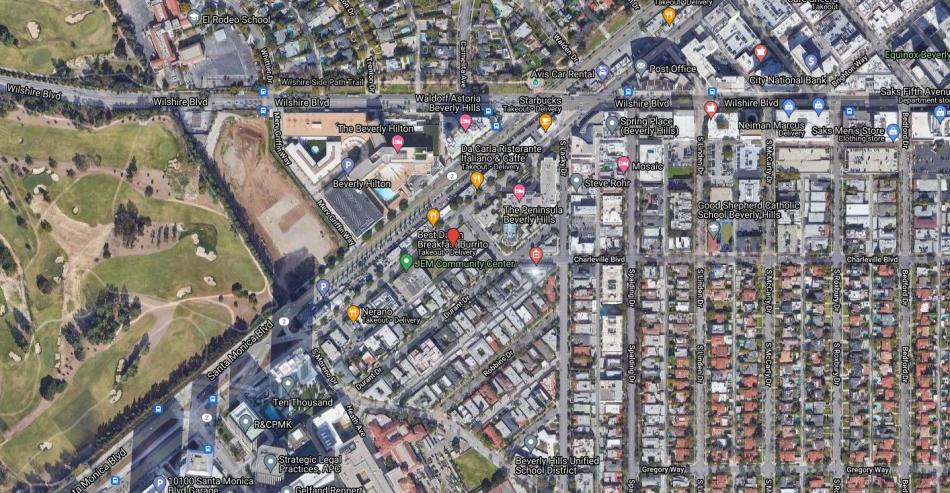 The Commission voted unanimously to authorize the changes to the project.

GPI Companies, which is based out of Los Angeles, is also developing a luxury apartment complex roughly two miles east at 9001 Santa Monica Boulevard in West Hollywood.  The company's other upcoming developments include a proposed apartment tower at the former site of Amoeba Music in Hollywood and a new office complex in the shell of the old Macy's department store at the Westside Pavilion.