Six months after starting working in Koreatown, rebar cages are now peeking above street level at the intersection of 8th Street and Western Avenue, where developer Jamison Services is adding apartments next to the frame of a historic 1930s parking garage. 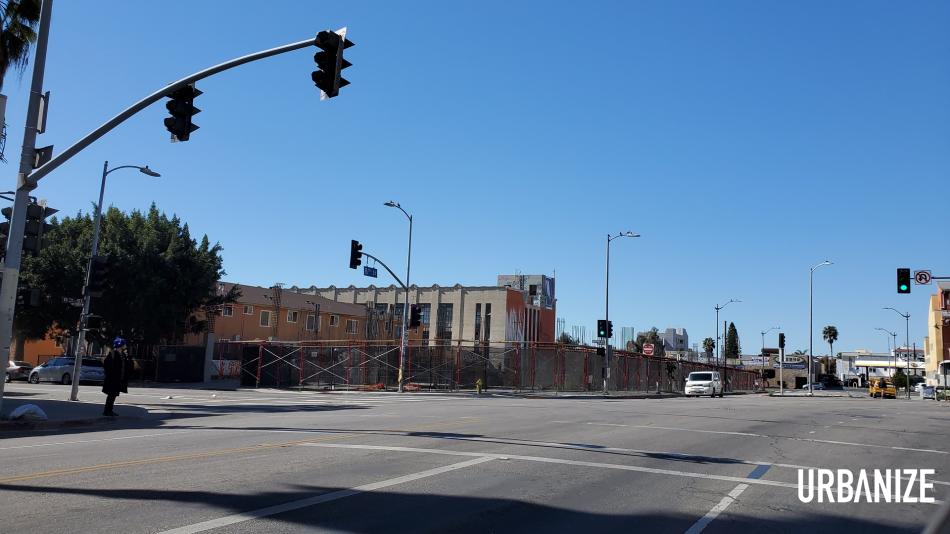 Located on an L-shaped site at the southeast corner of the intersection, the centerpiece of the project is a new eight-story edifice that will feature 230 studio, one-, and two-bedroom apartments atop 13,300 square feet of ground-floor retail space. The adjoining Pellissier Square Garage is being rehabilitated for use as mix of retail, residential amenities, and a portion of the 176 parking stalls planned within the project.

KTGY is designing the project, which is depicted in renderings as a contemporary podium-type building. Images show a pool and amenity deck at the roof level of the garage, feeding directly into the new construction to the north.

Construction is expected to occur over a roughly two-year period, a representative of Jamison Services previously indicated. A landing page on the company's website points to a completion date in October 2023. 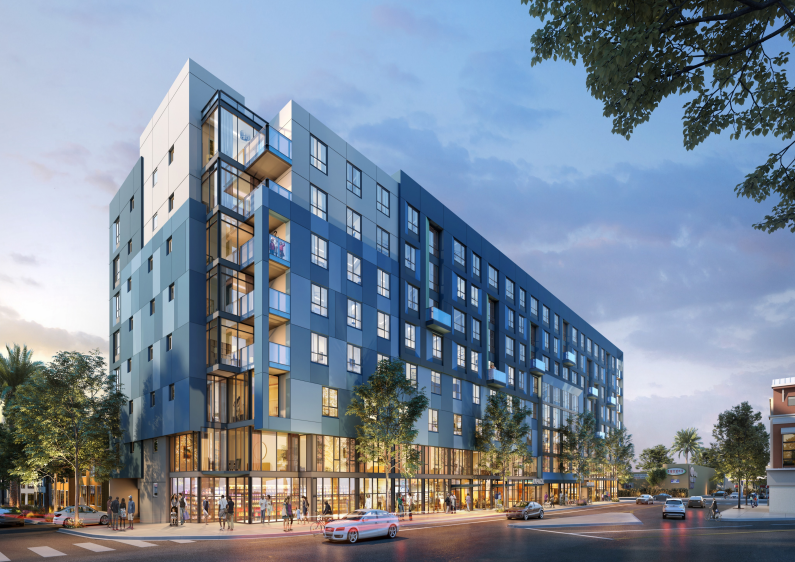 The under-construction apartment complex is the second project which Jamison has entitled for the property at 8th and Western. The developer had previously sought to construct a 12-story structure containing a 148-room hotel, 96 apartments, and 58,000 square feet of commercial space on the property, but stepped away from that plan shortly after securing approvals in 2018. Shortly afterward, Jamison submitted plans for the current project using Transit Oriented Communities incentives. The resulting project will feature 23 deed-restricted affordable units, under conditions of approval imposed by the City of Los Angeles.

Jamison is developing dozens of mixed-use and multifamily residential buildings in Koreatown, including a handful of projects on neighboring properties to the east along 8th Street.  One of those projects - a 157-unit apartment complex with retail - is now under construction two blocks away at 8th and Serrano Avenue.