Another "quick-build" project will bring bike lanes and other safety upgrades to one of the key east-west thoroughfares in Wilmington.

This Fall, the L.A. Department of Transportation, in coordination with an upcoming street resurfacing led by StreetsLA, will bring Class II bike lanes along the roughly 1.4-mile stretch of Anaheim between Figueroa and Eubank Avenue, as well as protected bike lanes on the .5 miles between Eubank and Alameda Street. Plans also call for painted curb extensions at several intersections, a protected intersection at Anaheim and Broad Avenue, and bicycle turn medians at McDonald, Lagoon, and Lakme Avenues. 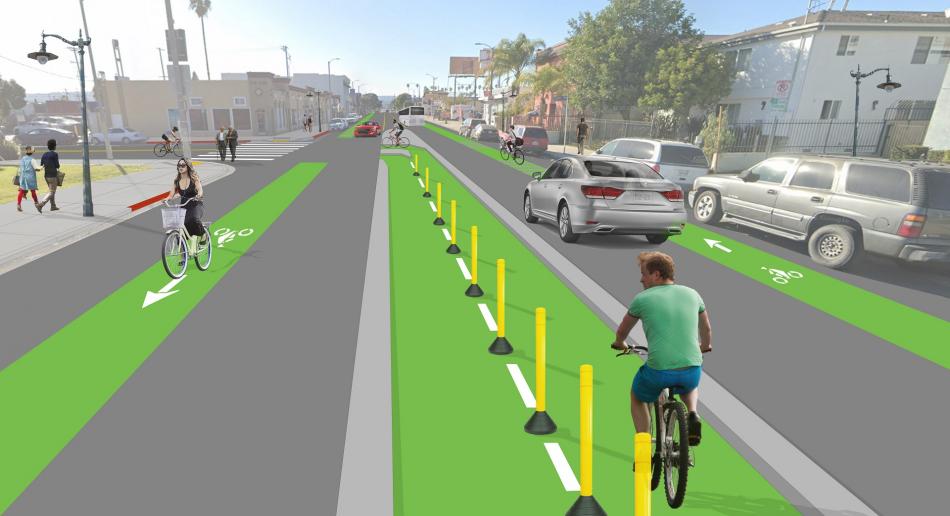 A variety of other features, including upgraded crosswalks, leading pedestrian interval signals, and speed feedback signs, have already been added to the project corridor since 2017.

The new bike lanes along Anaheim Street serve as a prelude to a new initiative called Wilmington Safe Streets, which aims to bring similar improvements for pedestrians and cyclists to corridors including L Street, Eubank Avenue, Frigate Avenue, and Neptune Avenue. The City of Los Angeles has applied for grant funding through California's Active Transportation Program, and could be awarded funding sometime in early 2023.