After nearly five years of quiet, plans to redevelop one of the Arts District's numerous cold storage facilities with a towering Bjarke Ingels-designed development has roared back to life. 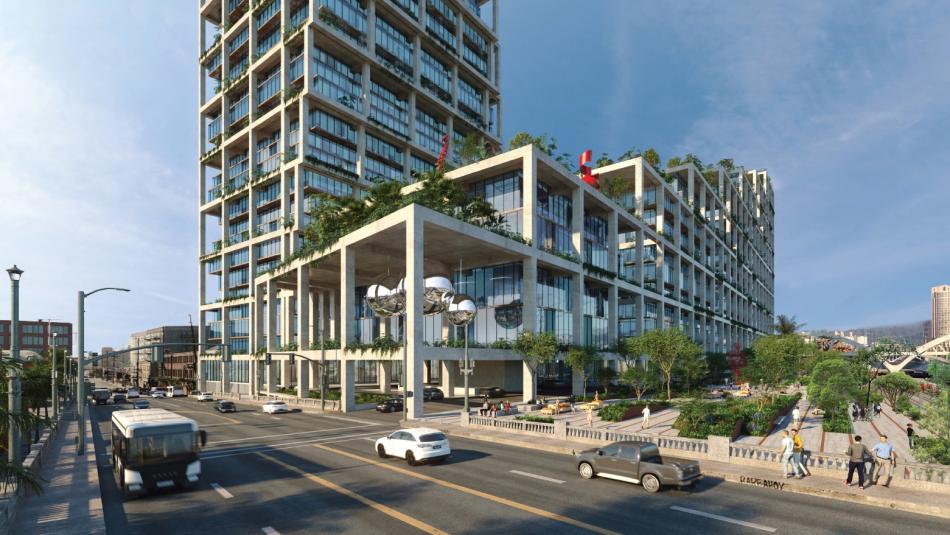 To close out the year, the Los Angeles Department of City Planning has published a draft environmental impact report for 670 Mesquit, Vella Group's proposed mixed-use, high-rise complex along the west bank of the L.A. River. The project, which would rise from a roughly 5.5-acre site at 670 Mesquit Street, would consist of: 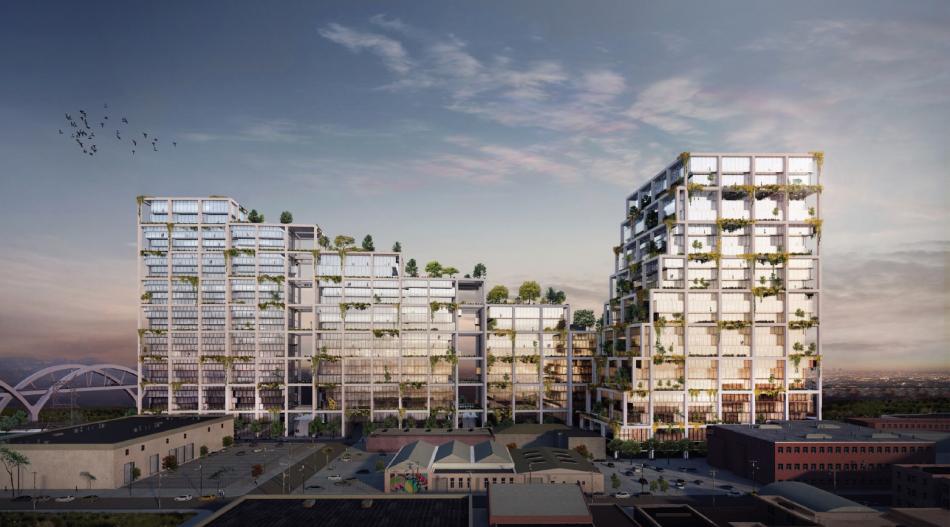 Designed by Ingels and executive architect Gruen Associates, the project would include four high-rise and mid-rise structures, including:

Tiered rooflines would see the buildings gradually step up and down in height, creating space for terrace decks and reducing the mass of the buildings facing the river. Passageways would cut through the sprawling project site, connecting 7th Street with Mesquit, and potentially providing links to the new park space being built with the Sixth Street Viaduct to the north and a potential Arts District Metro stop. 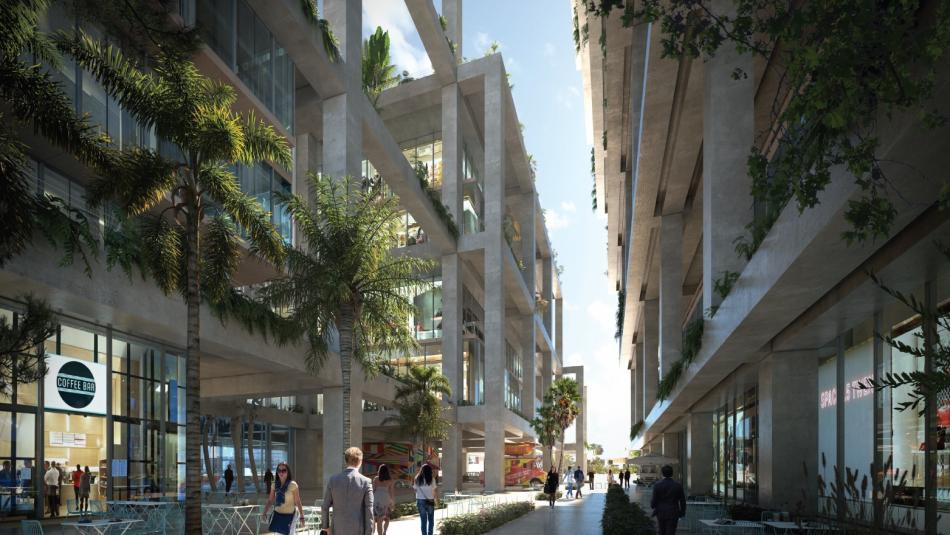 Vella Group has also proposed the construction of a 132,000-square-foot deck above freight rail properties to the east - pending agreements with the railroads - which would provide additional open space directly overlooking the river channel. The space could be activated with uses such as farmers markets, art fairs, and movie nights.

Construction, which is contingent on the approval of discretionary entitlements including a zone change and a general plan amendment, could occur in a single five-year phase or in multiple stages over the course of nine years.

The 670 Mesquit development, when first proposed in 2017, came at a time when the possibility of a high-rise was all but unprecedented in the Arts District, save for the similarly ambitious 6AM project. Since that time, the City of Los Angeles has approved a proposal from Onni Group to construct a residential tower just south of Vella's proposed buildings, and even authorized the start of work on a 35-story tower at 520 Mateo Street, although work on that project has since stalled after its connections to the City Hall bribery scandal were revealed. 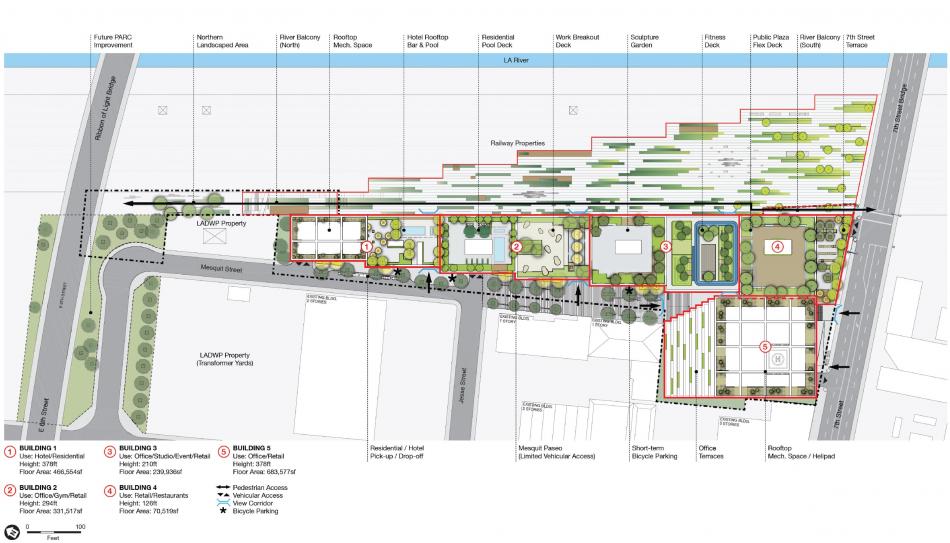 Vella Group, which has offices in both West Hollywood and New York, is involved in numerous projects across Los Angeles County, including a proposed office complex in El Segundo, the West Hollywood Arts Club, and the new headquarters campus of Amazon subsidiary Ring.