At its meeting on August 5, the Los Angeles Board of Recreation and Parks Commissioners is poised to sign off on final plans for a new pocket park near the L Line's Soto Station in Boyle Heights. 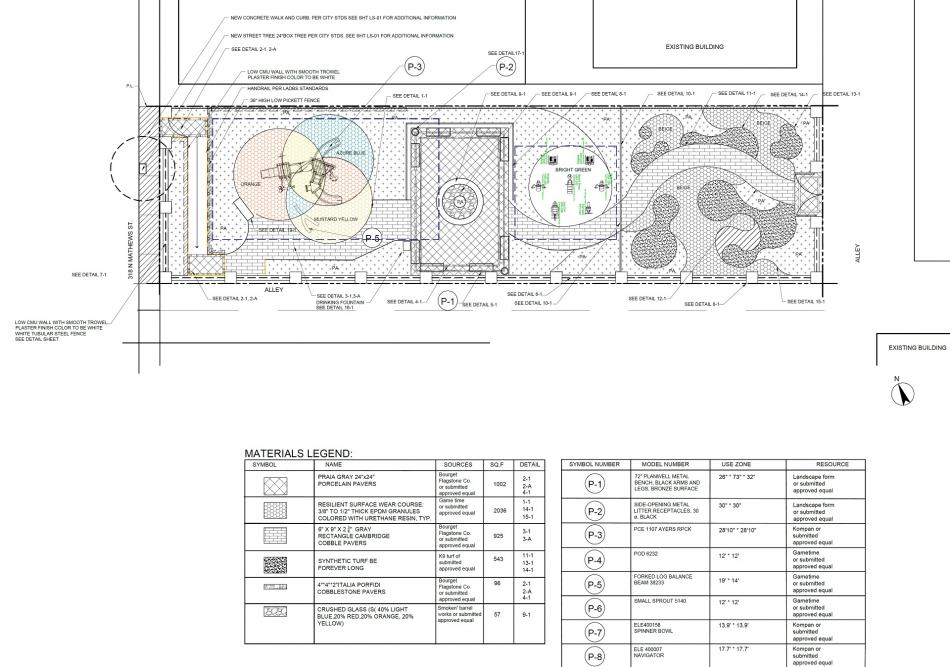 The proposed Brooklyn Heights Park, which reflects an 1870s moniker for the neighborhood, is slated for an empty .19-acre lot at 318 N. Mathews Avenue which the City of Los Angeles acquired in 2019.  According to a staff report, the new green space would include a children's playground, fitness equipment, landscaping, outdoor seating, walking paths, a drinking fountain, and public art.

According to a 2019 report to the Board, more than 14,000 people live in the area surrounding the proposed park- including 5,100 people within a half-mile radius.  The park site, formerly developed with a single-family home, sits in close proximity to new supportive housing projects from East L.A. Community Corporation (ELACC) on properties surrounding Soto Station, as well as two similar developments from Abode Communities on Metro sites along Cesar Chavez Avenue.

The City of Los Angeles has secured $5.2 million in funding for the project via a Proposition 68 grant issued in March 2020.  According to the staff report, the existing funds are sufficient to build the park, allowing construction to commence following the selection of a contractor this summer.

The Brooklyn Heights Park is not the only new green space in the works for Boyle Heights.  A Metro-owned site a half-mile west near Mariachi Plaza is also slated to be converted into a pocket park in conjunction with another development from ELACC.