Four-year-old plans to redevelop a long-vacant duplex near the L Line's Indiana Station in Boyle Heights with permanent supportive housing are moving forward, according to a notice distributed this month by the City of Los Angeles.

Restore Neighborhoods LA, which was the sole bidder for the city-owned site at 3551 E. 4th Street in 2017, intends to raze the existing 1920s structure, clearing the way for redevelopment.  The new project, which has the working title of 4th Street Permanent Supportive Housing, would consist of a single-story development featuring eight studio apartments, all of which would be 300 square feet in size.  Each unit would include a kitchen, a bathroom, appliances, and furniture.

In addition to new housing, the proposed development will include a rear landscaped yard and a communal laundry facility.  While the project is slated to include bicycle parking for eight vehicles, no automobile parking is planned.

The City of Los Angeles is currently in the process of seeking approximately $2.6 million in Section 8 project based vouchers for the 4th Street development, which will serve chronically homeless individuals and transition age youth. 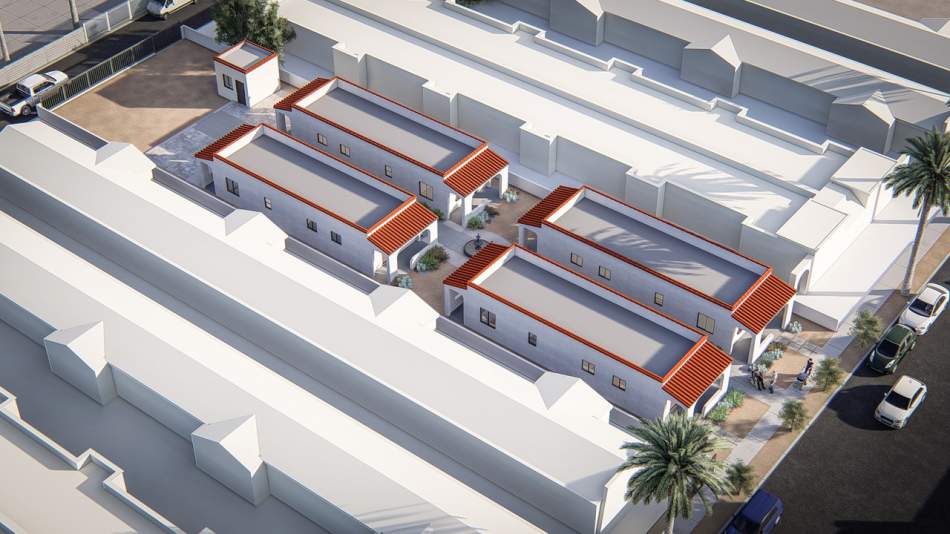 The project is similar in scope and scale to other recent supportive housing developments from RNLA, which have taken the shape of classic bungalow courts.