In 1996, A Community of Friends (ACOF) converted the Las Palomas Hotel in Boyle Heights into an apartment building catering to low-income families and formerly unhoused residents.  Now, the non-profit developer is seeking to expand upon those offerings. 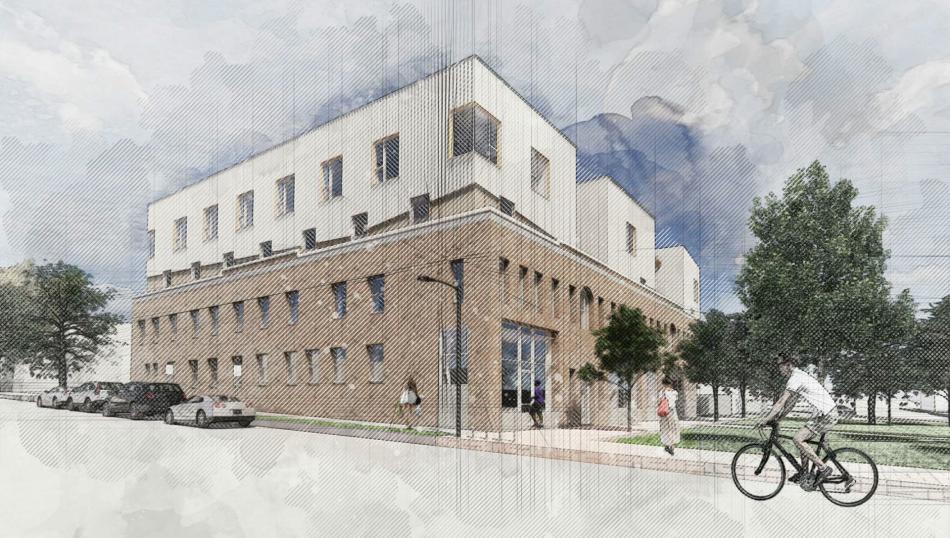 Earlier this year, ACOF submitted an application with the Department of City Planning which calls for rebuilding much of the Las Palomas property with a larger affordable housing complex.  The project, as detailed in its case filing, would retain the building's 1920s brick facade along Chicago and 1st Streets, while adding a new four-story structure featuring 80 apartments and supportive services in a basement level.

The proposed, which is being entitled using Transit Oriented Communities incentives, would represent an increase of 18 affordable units beyond what is currently offered at Las Palomas.

Santa Monica-based Koning Eizenberg Architecture is designing the project, which would include new construction in white painted plaster.  Floor plans show a U-shaped footprint, with apartments wrapping a north-facing courtyard, and interior amenities located adjacent to the Lani Vest pocket park to the south. 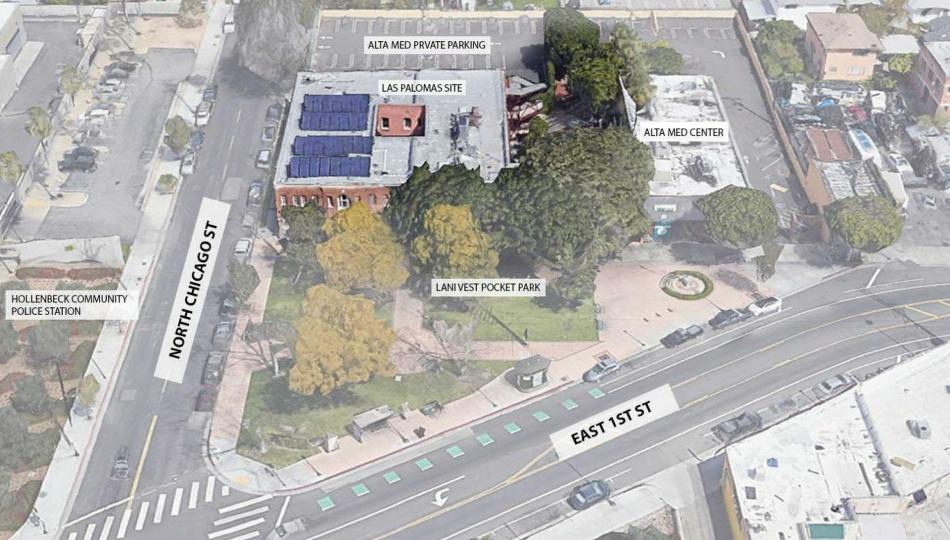 The proposed rebuild of Las Palomas is the latest in a recent series of affordable and supportive housing projects near the L Line's Soto Station, which sits one block east on 1st Street.  East L.A. Community Corp. has recently completed two apartment buildings nearby, and is planning a third on an empty Metro-owned site adjacent to the subway station.

In addition to Las Palomas, ACOF is also developing a second project in Boyle Heights - Lorena Plaza - which is slated for another Metro-owned property near the L Line's Indiana Street Station.