Two years after a formal groundbreaking ceremony, a new shelter and bridge housing facility is starting to take shape on a County-owned site next-door to the West Athens Sheriff’s station and Probation office. 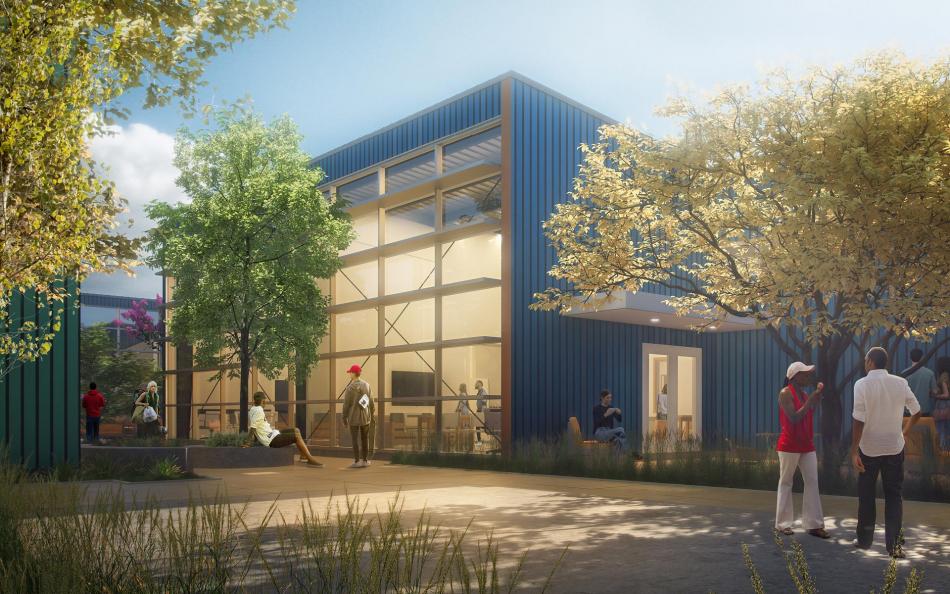 Safe Landing West Athens, located on a roughly 3.1-acre site near the intersection of Normandie Avenue and Imperial Highway, is will operate 24 hours per day and provide shelter to up to 176 people at a time.  The 90,000-square-foot facility is expected to include:

Designed by KFA Architecture is designing Safe Landing, which consists of a series of single-story metal buildings that will be arranged around a landscaped central courtyard. 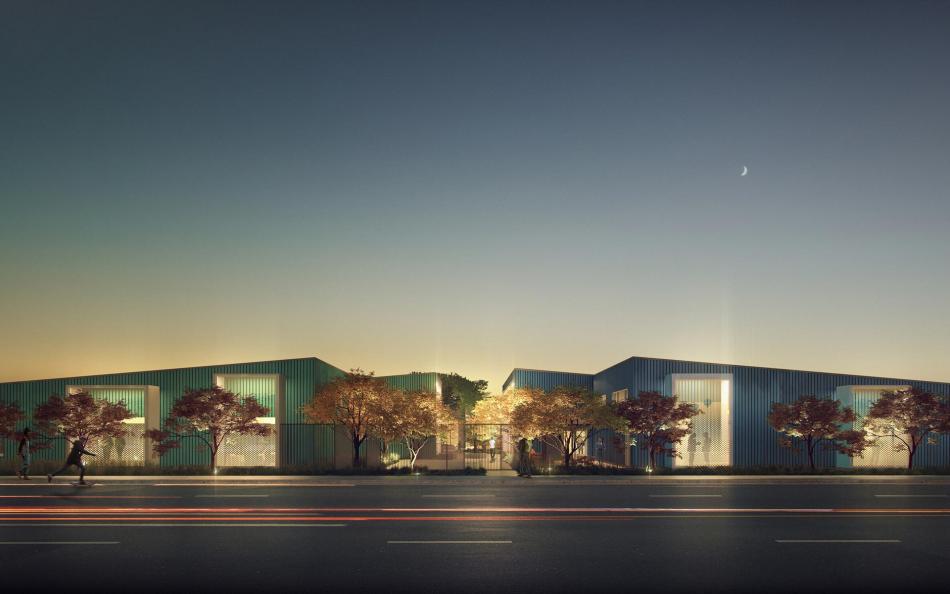 In addition to housing, the campus will offer health, mental health, and substance abuse treatments to future residents.  At the time of its groundbreaking in 2019, there were more than 700 unhoused persons living within two miles of the Safe Landing site.