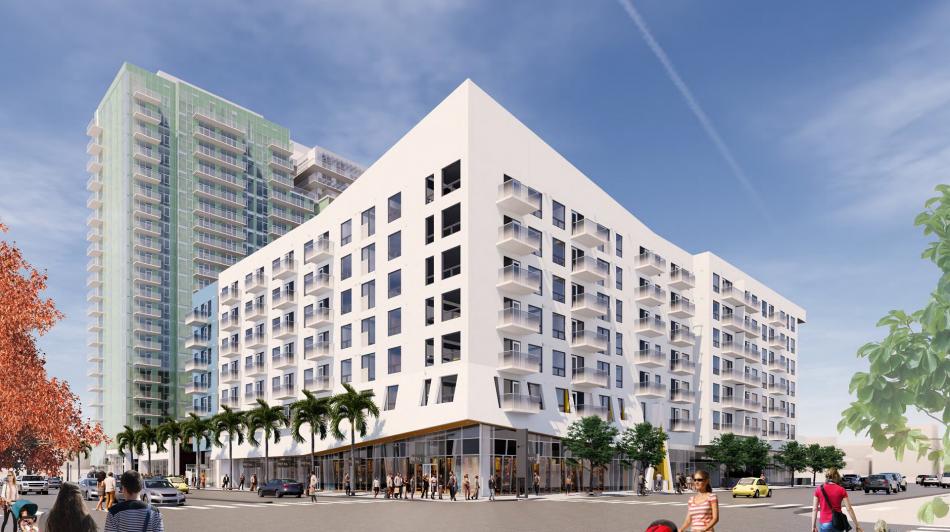 Located on a two-acre property on the east side of Long Beach Boulevard between Broadway and 3rd Street, the project is composed of two buildings that will contain a combined total of 432 apartments and 23,000 square feet of ground-floor commercial space above a two-level, 501-car subterranean parking garage.

Designed by IBI Group, the complex fronts Broadway with a seven-story podium-type building, while a 23-story, 252-foot-tall high-rise stands along the north side of the property facing 3rd Street.  The new construction will wrap a central courtyard, and frame the rebuilt shell of the former Acres of Books Building, a Long Beach historic landmark that is to become a 9,300-square-foot food hall. 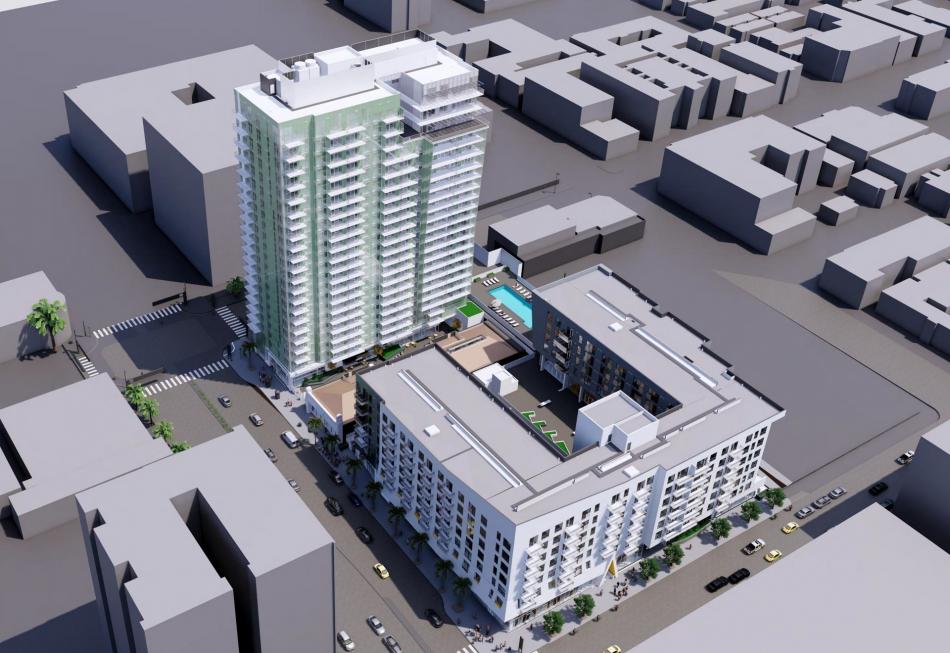 Onni Group, which broke ground on the Broadway Block in late 2019, retooled earlier entitlements secured by the Ratkovich Group, expanding the total number of apartments within the project by 32 units.  Onni split spaces previously slated for three- and four-bedroom units into smaller studio and one-bedroom apartments, without requiring additional on-site parking.

Onni, which made its entrance into the Southern California market with a series of similar residential developments in Downtown Los Angeles, is not done in Long Beach. The Canadian developer recently paid $67.9 million to acquire the Marina Shores shopping center on Pacific Coast Highway, which had been marketed for sale as a development site.