Brookfield Properties, the company which controls many of Downtown's trophy office buildings, has turned its attention to another of its numerous Los Angeles properties: the Northridge Fashion Center. 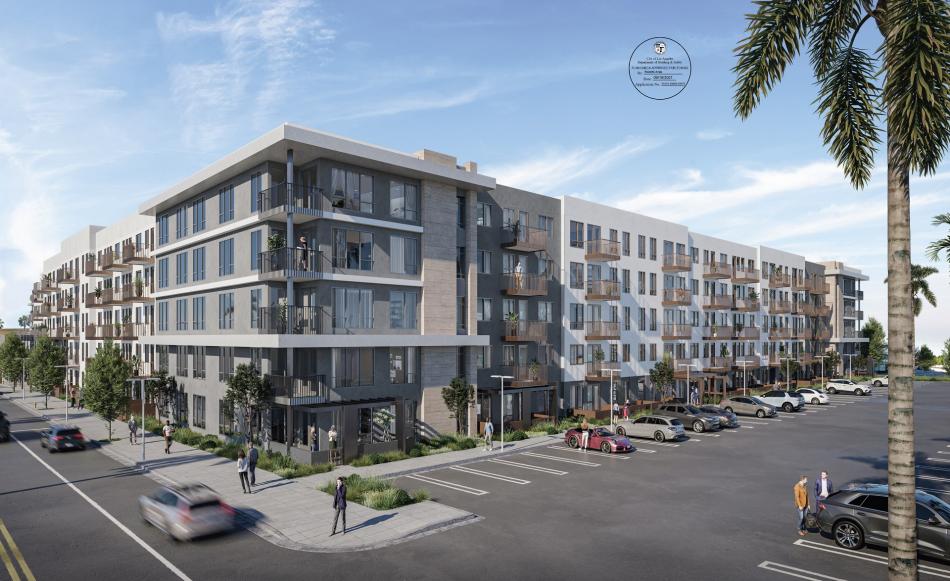 Earlier this month, an entity affiliated with Brookfield filed an application with the Los Angeles Department of City Planning seeking approvals to redevelop parking and a standalone retail building at the northwest corner of the mall into housing.  Plans call for a five-story wood-frame building containing 350 studio, one-, and two-bedroom apartments - ranging from 465 to 1,107 square feet in size - as well as an attached parking garage with capacity for 466 vehicles.  Additional parking for 38 vehicles would be located in an adjoining surface lot.

TCA Architects is designing the apartment complex, which is named the Residences at Northridge Fashion Center.  Renderings depict a contemporary low-rise structure lined with cantilevered balconies and clad in a mix of stucco, metal, wood panels, and stone.  Architectural plans show that two courtyards would overlook Shirley Avenue on the property's west side, a larger green space at the center of the building, and other amenities including a roof deck and a fitness center facing a driveway to the south.

Plans for new housing at the Northridge Fashion Center come just one year after Shea Properties completed work on a similar 429-unit apartment complex with street-level retail just southwest of the mall. 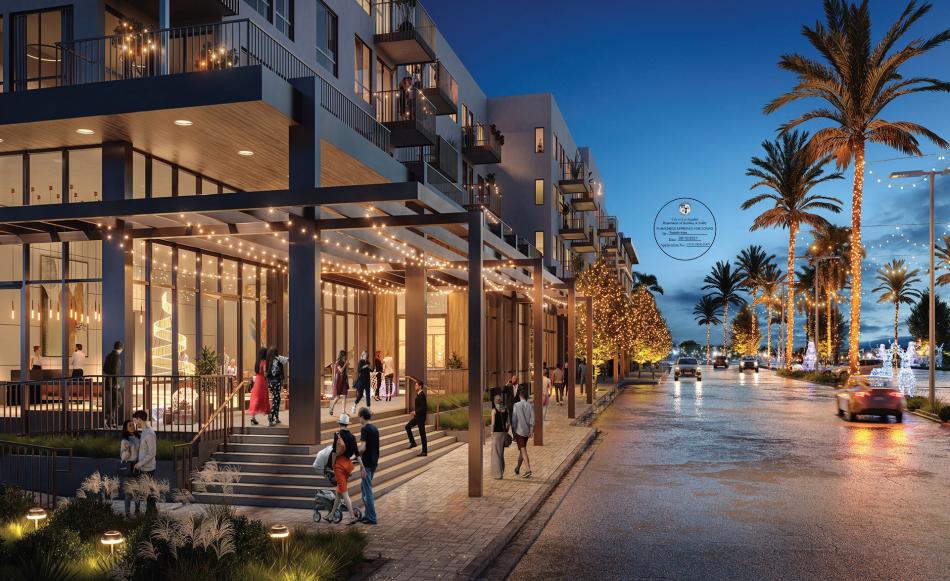 New York-based Brookfield, besides its Northridge project, is also active in Downtown.  Following its renovation of the Wells Fargo Center's atrium, the company is also midway through its revamp of the California Market Center in the Fashion District, and is building a large apartment tower next-door to the Figat7th mall.