LaTerra Development is having a banner month in the City of Burbank, securing nearly $200-million in financing for a 573-unit apartment complex adjacent to the I-5 Freeway, and now approvals of an environmental study for a proposed mixed-use project just south of Hollywood Burbank Airport. 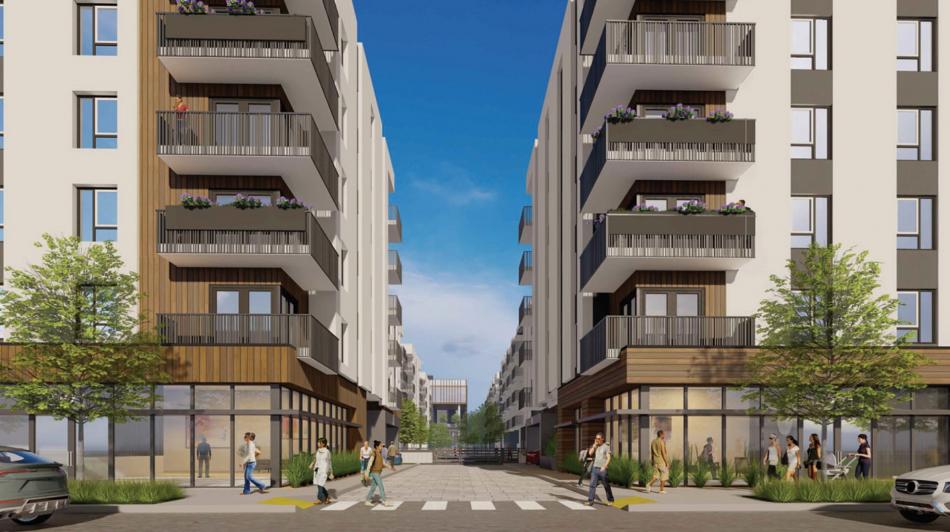 Urban Architecture Lab is designing project, which would include a single-story commercial structure and three mid-rise buildings ranging from five to seven stories in height.  Conceptual renderings show a contemporary design for Burbank Aero Crossings, with residential buildings fronting Vanowen Street, Hollywood Way, and Valhalla Drive, and an office building proposed for the southwest corner of the site.  More than 130,000 square feet of open space would knit the sprawling property together, including north-south and east-west paseos, multiple courtyards, and two rooftop pool decks.

According to an environmental study circulated earlier this year by the City of Burbank, LaTerra could break ground on the project as July 2022 and conclude by December 2025. That timeline would follow less than six months after the start of work on LaTerra Select Burbank, the company's new project at 777 N. Front Street near the Burbank Metrolink Station. Outside of Burbank, LaTerra is also in the planning or construction stages for new housing developments in Los Feliz, Downtown, Santa Monica, West Hollywood, and Mar Vista.

The adoption of the project's environmental study came despite two appeals, one from a Burbank resident, and another from SAFER, an organization affiliated with the Southwest Regional Council of Carpenters which frequently opposes large developments in Southern California. Both appellants argued that the project violates an array of state and local regulations relating to zoning and environmental impacts, assertions which were disputed by a staff response. 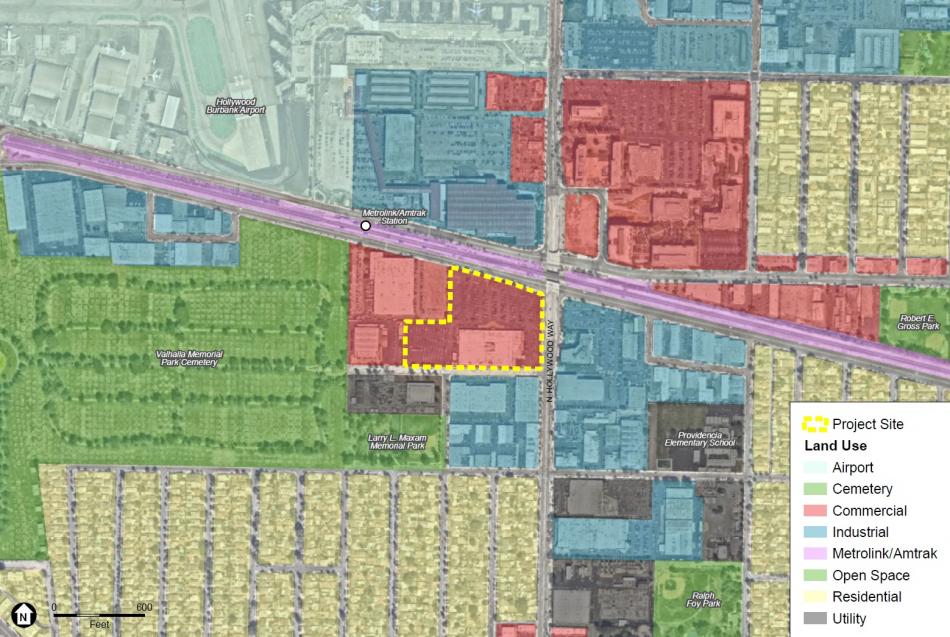 LaTerra's plans for the former Fry's property would be congruent with a new effort by the City of Burbank to rezone areas surrounding Hollywood Burbank Airport, which is served by two Metrolink Stations, in a bid to develop at least 12,000 residential units citywide over the coming 12 years.  Burbank Aero Crossings would rise directly across Vanowen Street from one of the Burbank Airport - South commuter rail stop.

Fry's, a Sunnyvale-based chain which abruptly went out of business in February 2021, has left behind big box stores in many Los Angeles County communities besides Burbank.  In Woodland Hills, a Texas-based developer has already pounced on the former Warner Center store with plans for a housing and hotel complex.