Seven months after we last stopped by, the concrete frames of at the Warner Bros. Second Century project now tower above the SR-134 Freeway in Burbank. 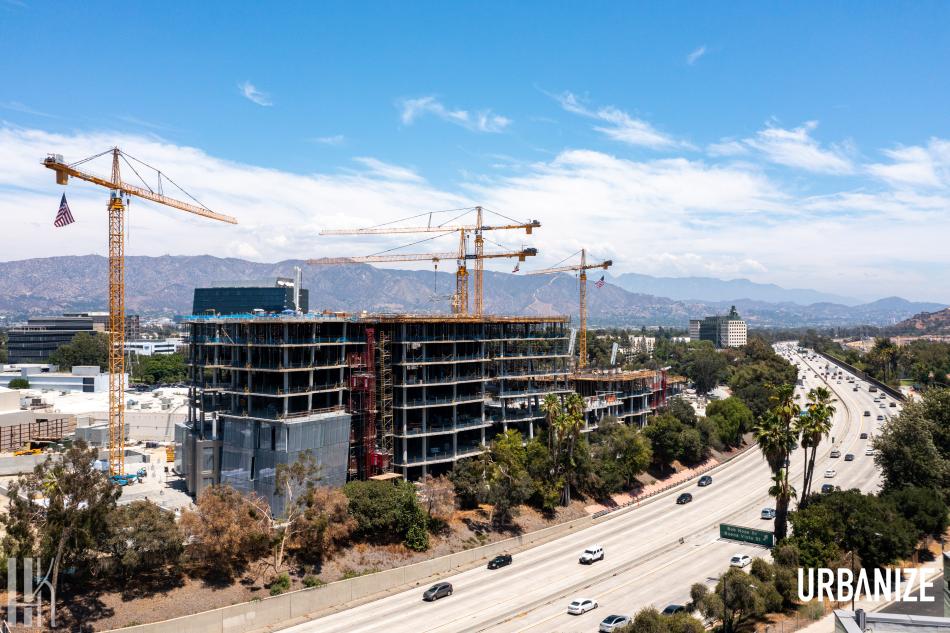 Located at southernmost portion of The Burbank Studios Lot, the project is being developed through a joint venture between Worthe Real Estate Group and Stockbridge Real Estate Fund.  The completed development will consist of two buildings featuring 800,000 square feet of offices and a large underground parking structure.

Designed by Frank Gehry, the Second Century project will consist of seven- and nine-story structures.  Exterior glass is now creeping its way up the southern-facing side of the buildings, which resemble icebergs looming above the freeway.  To the north, where the buildings front the interior of the Burbank Studios, plans call for a facade of punched metal.  Upper level setbacks on both buildings will be used to create terrace decks for use by Warner Bros. employees. 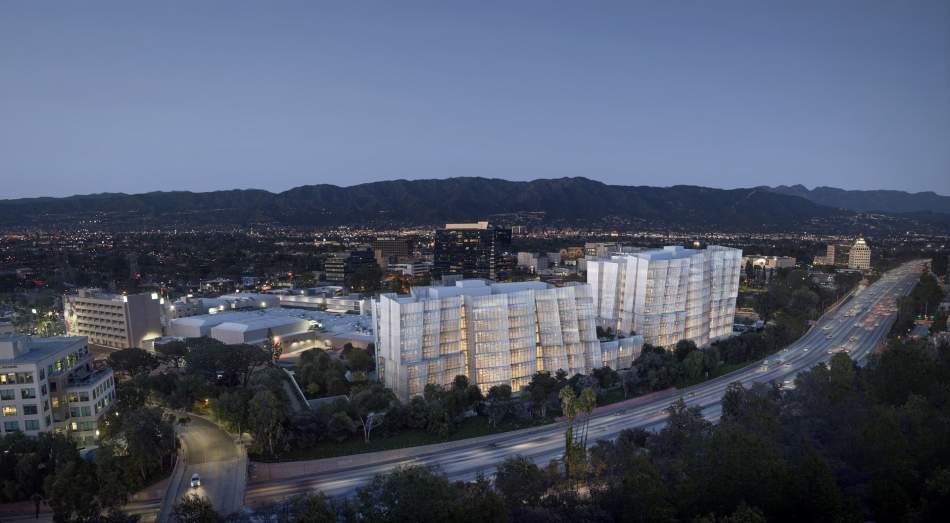 The project, which is named in anticipation of the upcoming 100-year anniversary of Warner Bros. Studios in 2023, is being built as the result of a more than $1-billion land swap agreement between Worthe, Stockbridge, and current Warner Bros. parent company AT&T which will allow the developers to acquire four other properties - including the 30-acre Warner Bros. Ranch.  All functions currently based out of the ranch site are to eventually be relocated to the Second Century Project.

Worthe and Stockbridge are on pace to completion construction at the Burbank Studios lot in 2023, aligning with the Warner Bros. anniversary. 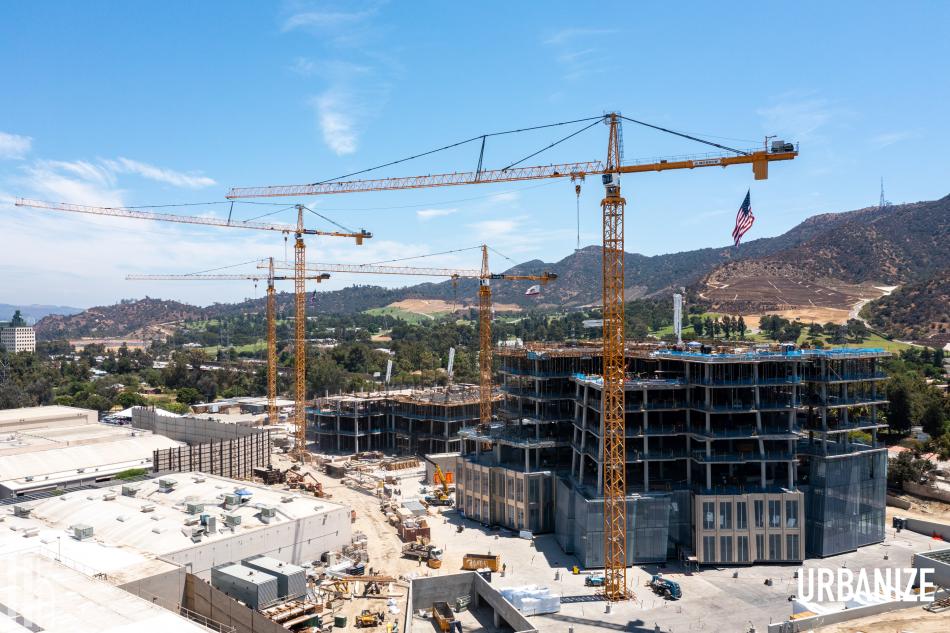 Santa Monica-based Worthe has placed a large bet on the Burbank office market, which has thrived in recent years thanks to the presence of media firms and the growth of streaming companies such as Netflix.  The company is reportedly teaming with the Blackstone Group on plans for another 500,000-square-foot office building that would rise across the street from the Burbank Studios lot.  That project will reportedly break ground in 2022.

The Burbank venture is the second partnership between Worthe Real Estate and Gehry, following a proposed hotel and residential complex on Ocean Avenue in Downtown Santa Monica. 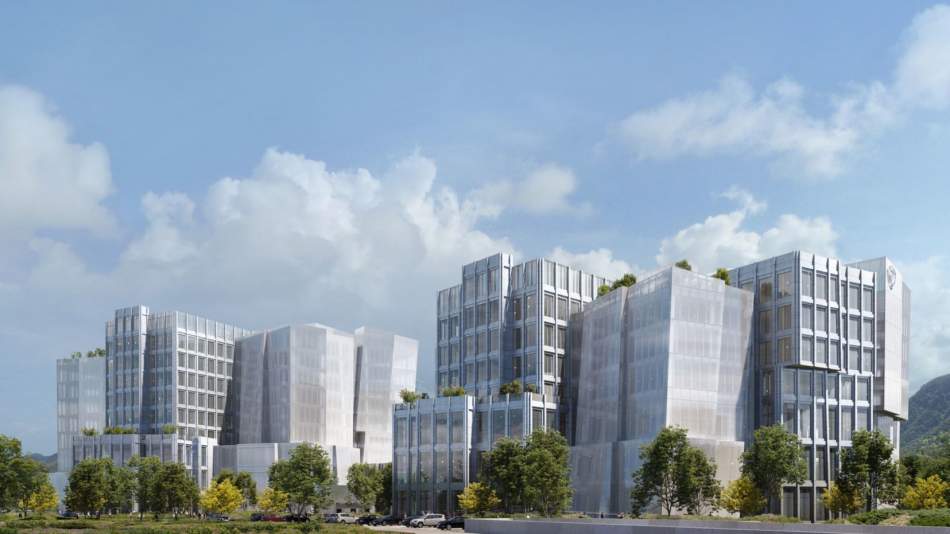