After nearly two decades, a JMB Realty's plans to redevelop a long-vacant site in the heart of Century City is about to come to fruition.

Earlier today, Creative Artists Agency (CAA) announced that it would relocate its headquarters into Century City Center, the 37-story, 730,000-square-foot office tower that has long been planned at 1950 Avenue of the Stars. JMB Realty is expected to complete construction of the building in 2026. 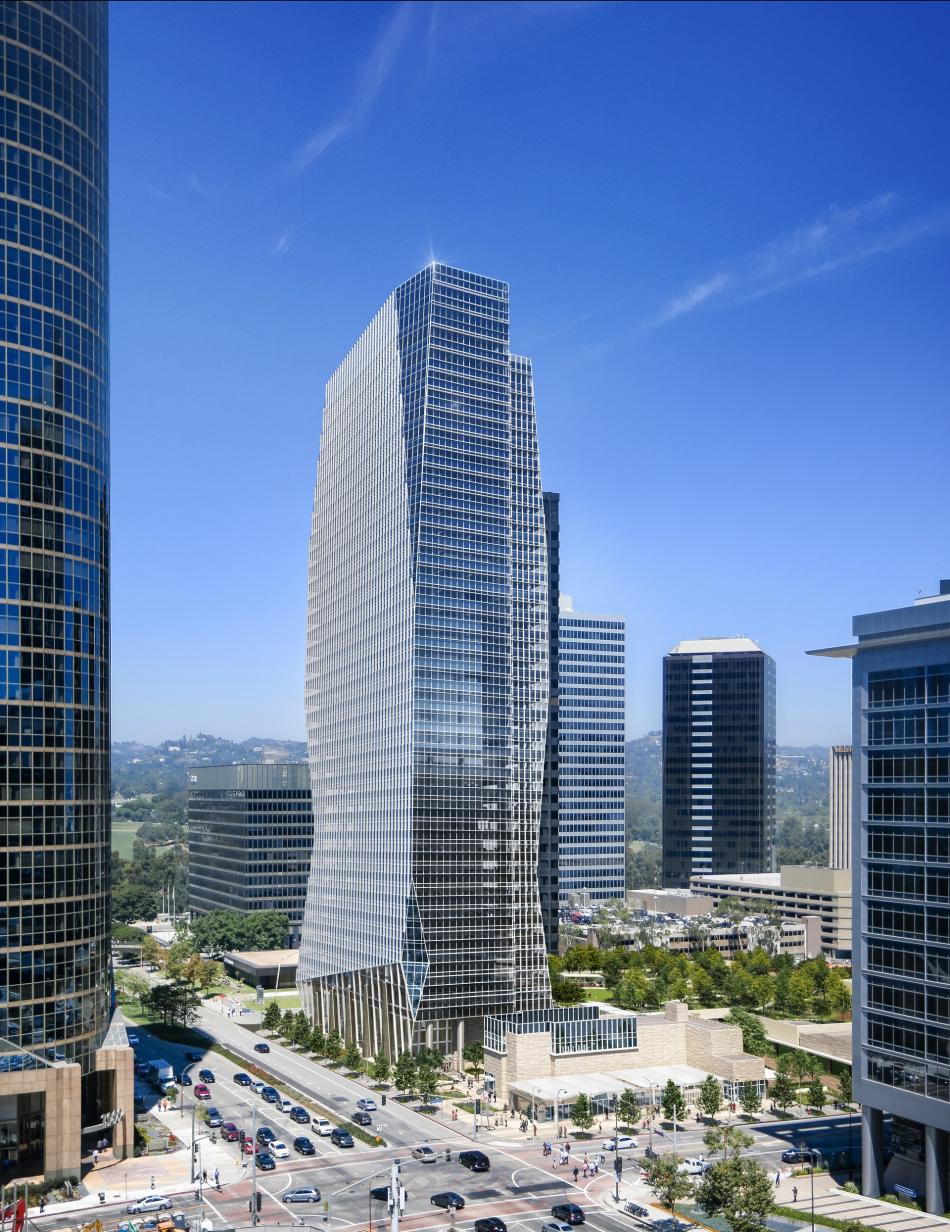 Designed by Johnson Fain, the tower will also include two acres of landscaped courtyards and gardens, and will sit almost directly above a new subway station now being built at the intersection of Constellation Boulevard and Avenue of the Stars. JMB expects that the tower will achieve LEED Platinum Certification.

CAA's offices within Century City Center, described as a "building-within-a-building," are being designed by Bjarke Ingels Group, and will include dining areas, meeting rooms, event spaces, and private lobby, entrance, and parking areas. The agency declined to disclose the size of the new office through a representative.

“Today’s news underscores the energy and momentum of CAA and the tremendous growth we’re experiencing across our businesses,” said CAA co-chairman Richard Lovett in a news release.  “We’re designing a home for the future here in Los Angeles that captures the imagination, inspiration and creativity that’s fundamental to the work we do, and that continues to drive our success for clients.  We’re guided by our focus on personal connection, a deeply rooted culture of collaboration, and a desire to create the most welcoming and exciting environment for our employees, clients and the creative community.”

1950 Avenue of the StarsGoogle Maps

CAA will not have to move far to reach its new home. The agency's headquarters is currently centered in a neighboring building at 2000 Avenue of the Stars, with satellite offices scattered in a handful of adjacent towers.

JMB Realty has sought to redevelop the site at 1950 Avenue of the Stars since 2005, when the Chicago-based firm first initiated plans for high-rise condominium complex on the site. After securing approvals, the company pivoted toward an office tower in 2011, but later reverted to its original residential plan in 2018. Then, after starting foundation work on the property in 2019, JMB once again reversed course, settling on the office