A state-owned facility once used to house persons considered "feeble-minded" could be redeveloped into a mixed-use community, under a pending agreement between Cal Poly Pomona and two real estate development firms.

"The Superintendent’s Residence is among the more elegant buildings."Cal Poly Pomona

Earlier this month, the university announced that it is entering into an exclusive negotiating agreement with Edgewood Realty Partners and Greystar as co-developers of the 300-acre Lanterman site next to the SR-57 freeway.

“Our interest in the Lanterman site is straight-forward," said Edgewood managing partner Pete Kutzer in a prepared statement.  "The opportunity to contribute meaningfully to the future success of California’s students pursuing a polytechnic education - and therefore the future of California itself - is irresistible.  To do so on a site with such historic significance, and with a tradition of agricultural innovation as well as raw, natural beauty, is perhaps unprecedented."

"State street, bisected by a wide median, is the primary road at Lanterman"Cal Poly Pomona

Although exact plans for the property have not been set at this point in time, the redevelopment of the Lanterman site is expected to create a mixed-use neighborhood through the reuse of historic structures - some of which are more than 90 years old - as well as new construction.

A statement released by the university indicates that a development plan and guidelines for the Lanterman campus is expected to be completed by March 2023, after which point transaction documents will be prepared and an environmental study will be conducted.  The items are to be submitted to the California State University's Board of Trustees for approval by June 2024. 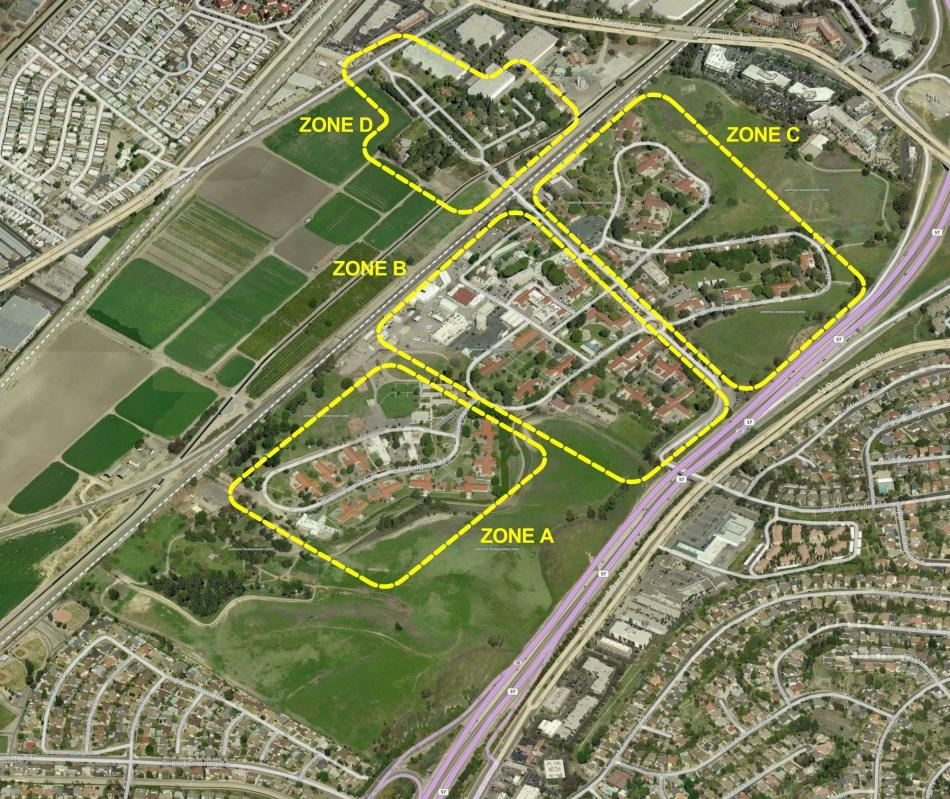 Satellite view of the Lanterman campus in PomonaRBB Architects

The Lanterman site, which opened in 1927 as the Pacific Colony facility, effectively served as a prison for more than 2,000 inmates who were considered mentally unsound, the Poly Post reported in 2019.  Though the facility included large green spaces, it was also plagued by overcrowding and questionable treatment practices.  Lanterman would later evolve into a hospital and developmental center, no longer regarding its residents as inmates, before ultimately shuttering in 2014.  Cal Poly Pomona took control of the property one year later, and began the search for a developer.