The impacts of the COVID-19 pandemic has only exacerbated challenges faced by low-income renters in Los Angeles County, according to a new report published by the California Housing Partnership. 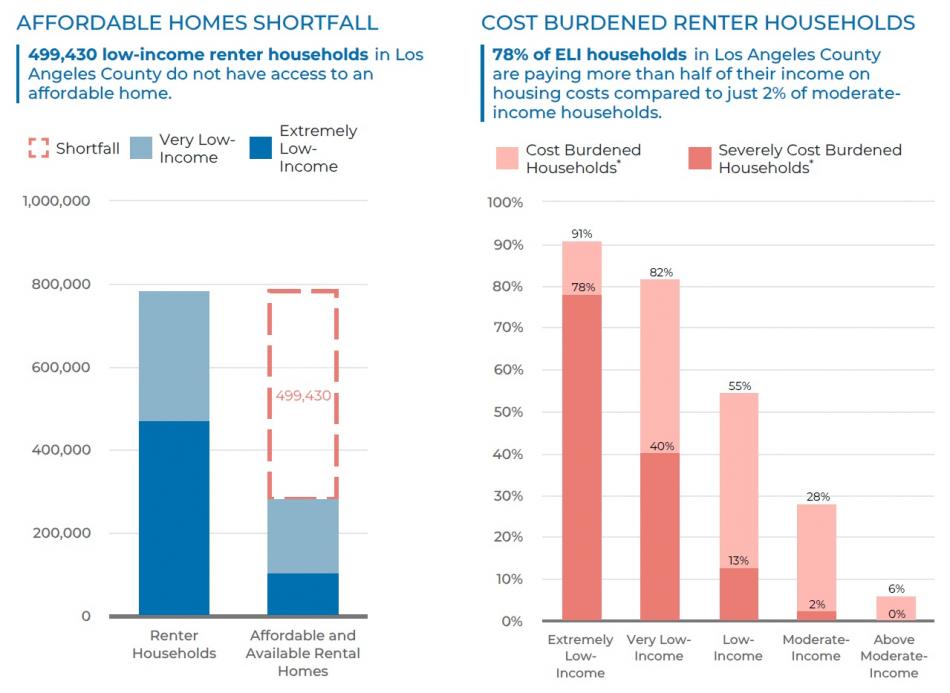 The 2021 affordable housing needs report, which was produced in partnership with the Southern California Association of Nonprofit Housing (SCANPH), finds that Los Angeles County currently faces a shortfall of 499,430 affordable rental homes.  Additionally, the report indicates that a household would need to earn at least $38.23 per hour - roughly two-and-a-half times the minimum wage - to afford the region's average rent of $1,988 per month. 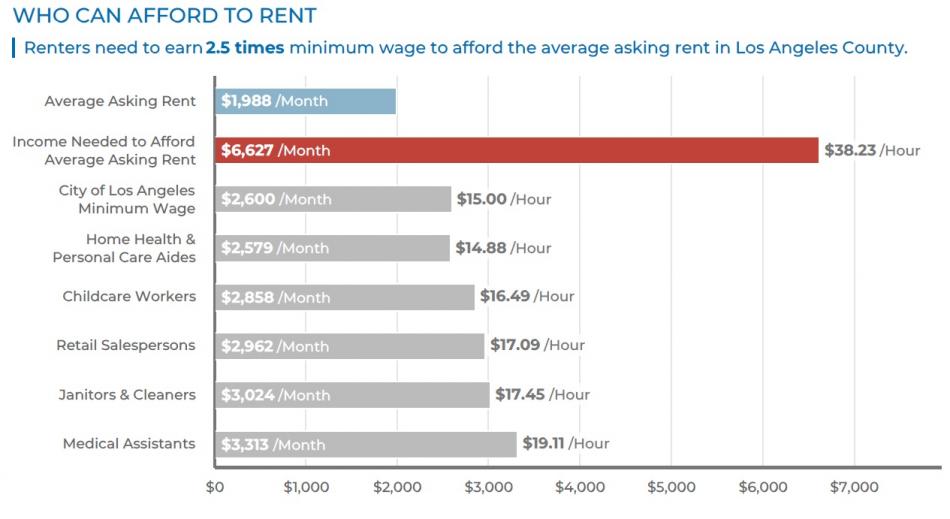 Who can afford to rentCalifornia Housing Partnership

“We urge state leaders to set clear, long-term goals so that the uses of this year’s state budget surplus are framed as down-payments on the sustained investments at scale that our region and state need to meet the four clear goals of California’s Roadmap Home 2030: ending homelessness, closing the affordable housing gap, protecting low-income renters, and advancing racial equity,” said California Housing Partnership chief executive officer Matt Schwartz in a news release.

While the 2021 report indicates a slight improvement from the 516,946-home deficit reported in 2019, that modest decrease also comes following two years in which low-income housing tax credit production in Los Angeles County increased by nearly 70 percent.  State and federal funding for housing affordable housing production and preservation have also spiked by 108 and 48 percent over the past two years, respectively. 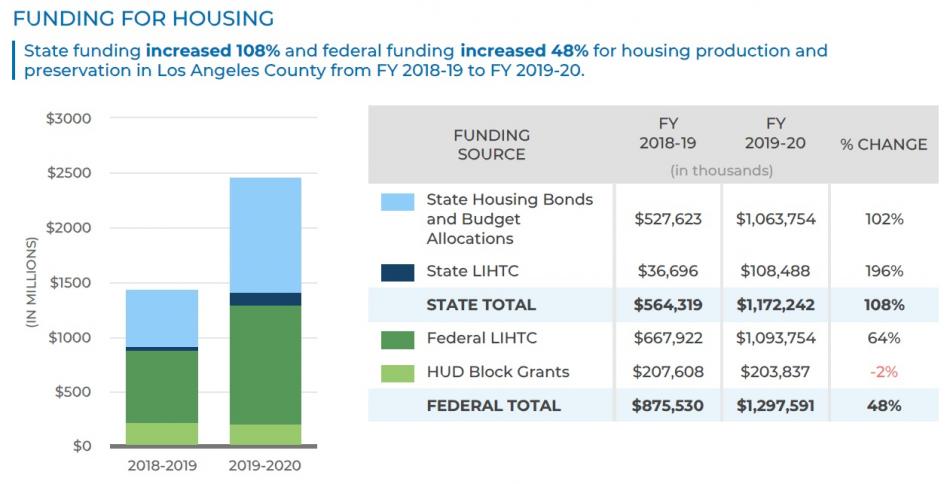 The report includes seven recommendation actions for state leaders to tackle the ongoing shortage, including:

A state bill which would have implemented the latter recommendation was recently killed in committee.

“We’ve seen an influx of policy proposals that would misguidedly prioritize short-term solutions for our region’s housing crisis but it will always remain true that investments in long term solutions like more affordable housing production are the surest way to ensure we can meet the needs of our diverse communities who are struggling after a destabilizing year that has left many personal finances even more vulnerable for working families," said SCANPH executive director Alan Greenlee.  "Now more than ever, let’s ensure that resources go to those most in need and we reduce development barriers so that we can expediently serve the housing needs of low-income renters."