Developer Carmel Partners is back with plans for another big multifamily residential development near a Westside stop on Metro's E Line.

Earlier today, the Los Angeles Department of City Planning published an application from the San Francisco-based firm to redevelop 16 single-family homes just south of Expo/Bundy Station with two large apartment buildings. The project, if fully realized, would include 455 residential units - more than 50 of which would be earmarked for rent by lower-income households. 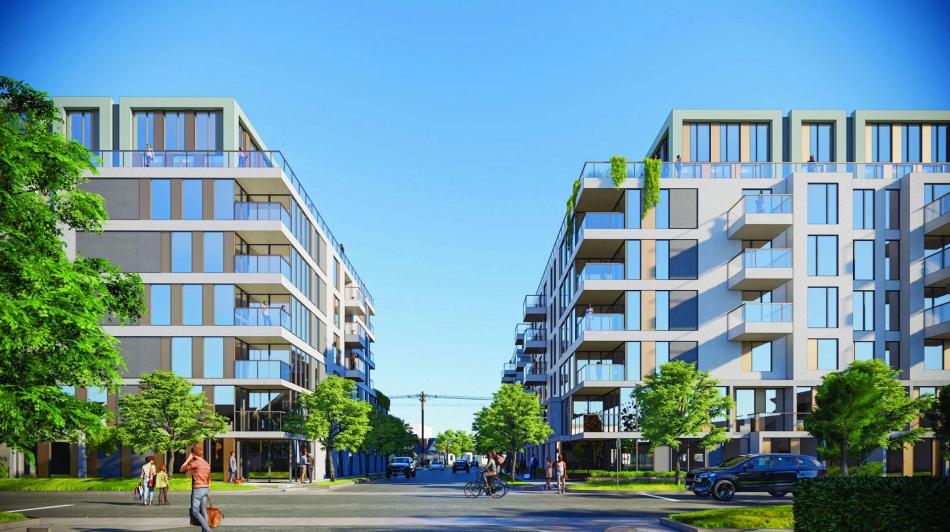 The first site, which spans approximately 1.3 acres at 2217-2227 S. Bundy Drive and 2222-2244 S. Amherst Drive, is slated for the construction of an eight-story, 239,370-square-foot building containing 265 apartments above 239 parking stalls located at grade and in a two-level subterranean garage.

Carmel is pursuing entitlements through the Transit Oriented Communities incentives, permitting relief from zoning regulations relative to building height, floor area, density, parking, open space, and lot coverage. As a trade-off, the developer will be required to set aside 30 of the proposed one-, two-, and three-bedroom apartments for rent as affordable housing at the extremely low-income level.

The companion project, slated for a one-acre site across Tennessee Avenue at 2301-2319 S. Bundy Drive and 2302-2312 S. Amherst Avenue, would be a second eight-story structure featuring 195 one-, two-, and three-bedroom apartments atop semi-subterranean parking for 190 vehicles. 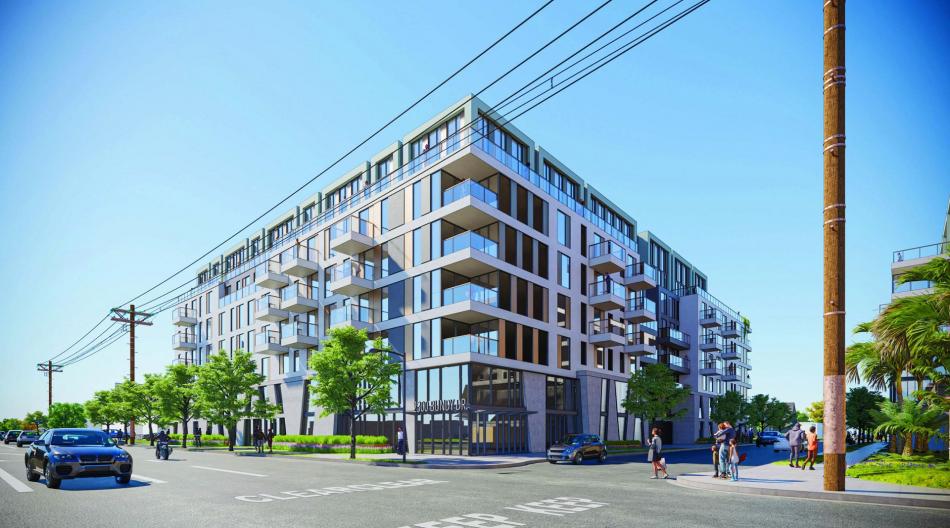 Like the larger building across the street, proposed entitlements include Transit Oriented Communities incentives to achieve a larger building than otherwise permitted by zoning rules. In exchange, 22 of the apartments will be reserved as extremely low-income affordable housing.

Both projects are being designed by Carrier Johnson + Culture, and are portrayed as contemporary podium-type buildings clad in plaster, concrete, and glass. Architectural plans show that each would include central courtyards, small roof decks, and common amenity rooms at street level.

While Bundy Drive apartments are hardly the first development to sprout near an E Line Station, they are the first large projects to be developed within the confines of the Exposition Corridor Transit Neighborhood Plan, which established new base zoning for communities near stops in the Sawtelle, Rancho Park, and Palms communities. The blocks to the south of Expo/Bundy Station, developed in 1930s with single-family homes, were one of several areas "upzoned" to permit higher-density construction. 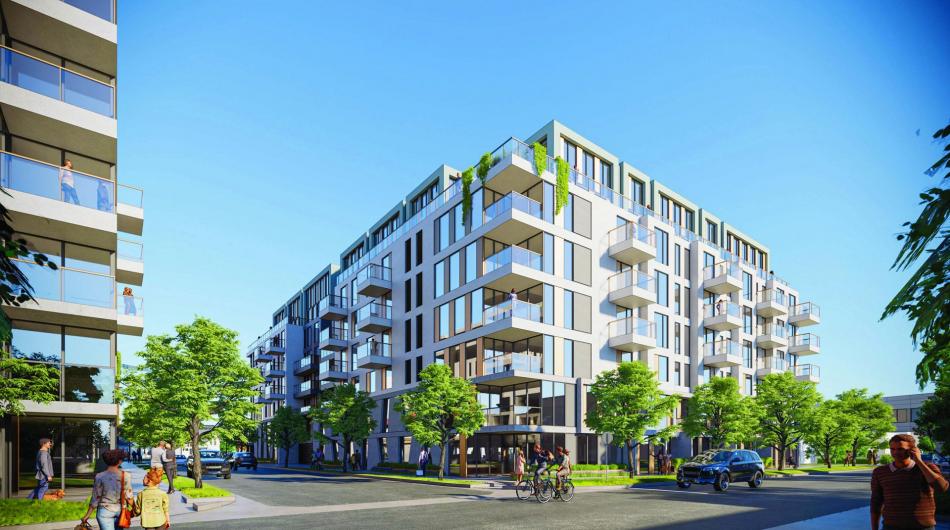 Expo/Bundy Station has also spawned the West Edge, a larger mixed-use project now under construction at the former site of Martin Cadillac that will include 600 apartments, a Gelson's supermarket, and a 200,000-square-foot office building leased by Riot Games. However, approval of that project predates the adoption of the Expo Neighborhood Plan in 2019. 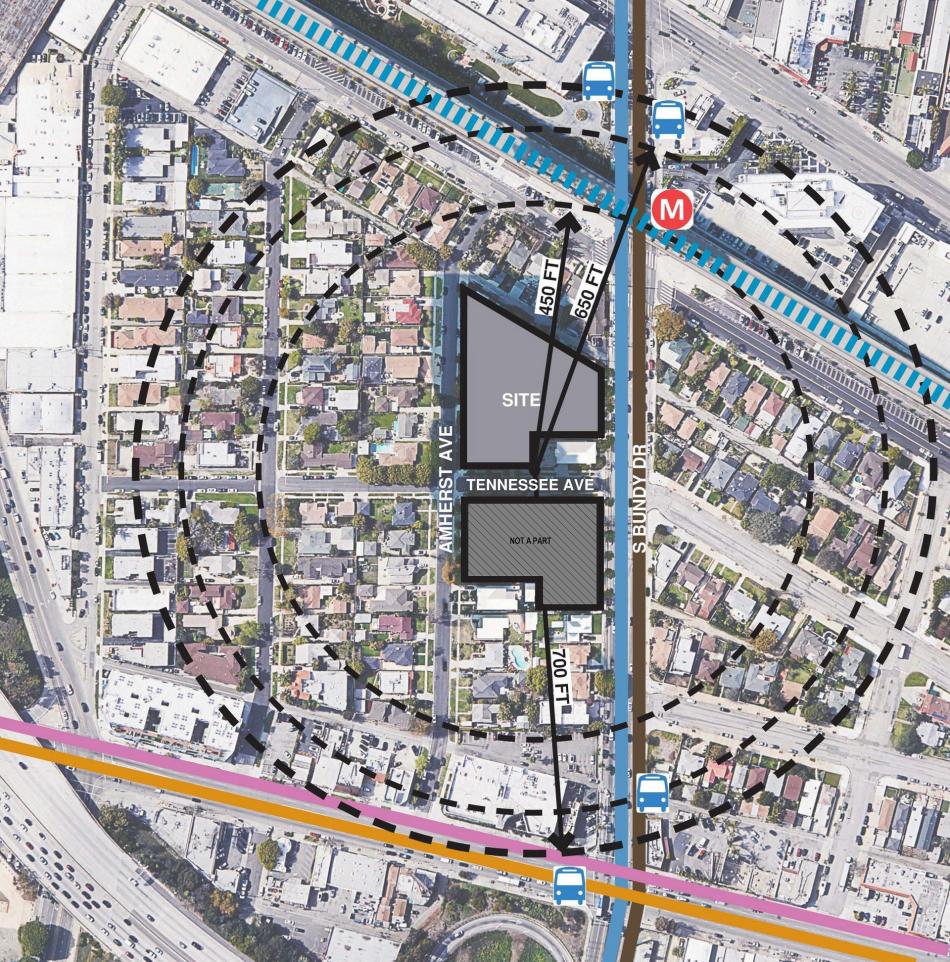