A mixed-use building in Carson is the latest Los Angeles area housing development to be purchased and preserved as "middle-income" housing through a public-private partnership with the State of California.

Standard Communities, a New York and Los Angeles-based real estate firm, is partnering investment bank Stifel Nicolaus & Company, the State of California, and the City of Carson to pay more than $220 million for Union South Bay, which opened last year at the intersection of Carson Street and Avalon Boulevard.  The property, which consists of two five story buildings containing 357 apartments and 28,000 square feet of ground-floor retail space, will be reserved for households earning between 80 and 120 percent of the Los Angeles area median income.  Rents for existing tenants who fall within that range will immediately see lower rents.

A leasing website for the property currently lists market rate rents for the studio, one-, and two-bedroom apartments from as low as $2,009 per month to as high as $3,590 per month.

The purchase was made through the California Statewide Communities Development Authority (CSCDA) using tax exempt bond under its Workforce Housing Program, which permits the acquisition of market-rate developments.  Investors purchase the bonds used to acquire the buildings, and are gradually repaid through rental interest. 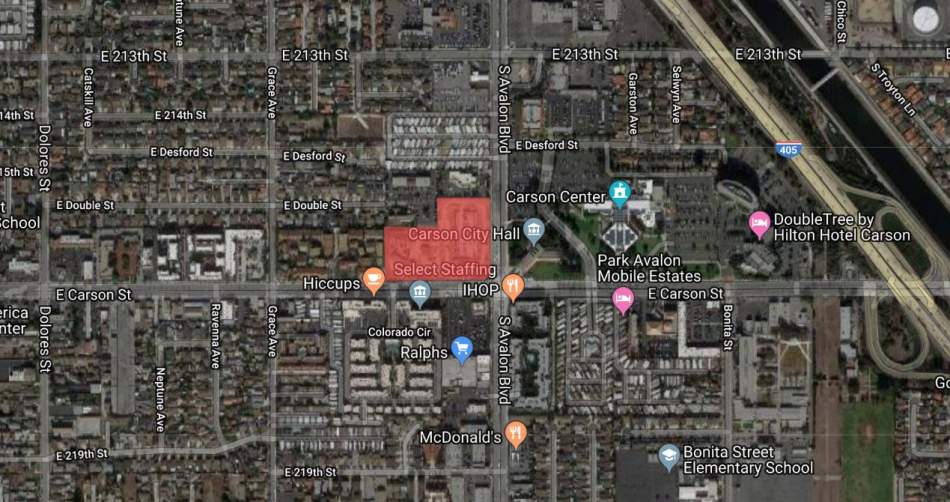 The CSCDA, the statewide entity which enabled the acquisition of Union South Bay, is a joint powers authority that provides bond financing for over 500 cities and counties around the state, according to KCRW.

The purchase of Union South Bay is the second transaction in Carson made by Standard Communities through the Workforce Housing Program in the past six months.  The same project team recently converted the 143-unit Link Apartments near the Glendale Metrolink Station into "middle-income" housing.

"Standard is an enthusiastic partner with the CSCDA and the City of Carson in our efforts to create middle-income housing at this critical time," said Standard's director of essential housing Chris Cruz in a prepared statement.  "Union South Bay Apartments demonstrates Standard's creative and nimble approach to increasing middle-income housing in California.  We look forward to further partnerships that ensure housing for middle-income and essential workers is created across the state."

Union South Bay was developed a joint venture between Wolff Company and Faring, which previously worked with Standard Communities on the acquisition of the Link in Glendale.  The apartment complex is the first in a series of large developments near Carson's commercial core, including two projects which would create more than 2,200 new apartments on properties to the north along Avalon Boulevard.