In University Park, completion is nearing for an adaptive reuse project that has transformed a late 19th century landmark into permanent supportive housing.

Casa de Rosa, which opened in 1895 at the southeast corner of Adams Boulevard and Hoover Street, began its existence as one of the first private kindergartens in the City of Los Angeles.  In the decades that followed, the campus has spent time as a women's preparatory school, a hotel, military barracks, and (surprisingly) the headquarters of L. Ron Hubbard's Dianetics Foundation.

From the 1950s, Casa de Rosas was again repurposed as a shelter for homeless women, also known as the "Sunshine Mission."  However, the facility shuttered after a funding shortfall in the 2000s, according to the Daily Trojan.

Integral Development and Ward Economic Development Corporation are now two years into a more than $18-million restoration effort which will once again allow the building to provide housing - this time in the form of 37 studio, one-, and two-bedroom apartments, catering to unhoused veterans and single parents who earn less than 60 percent of the area median income. 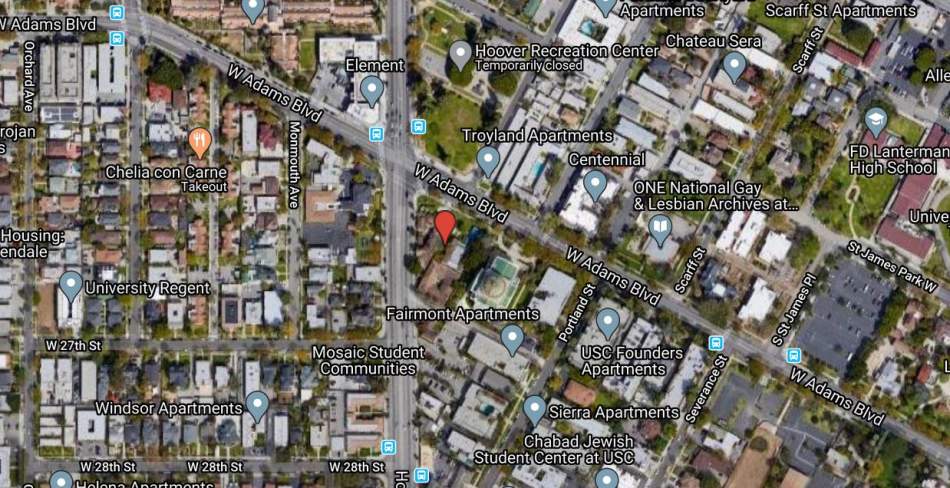 More information on the apartments at Casa de Rosas is available at the City of Los Angeles affordable and accessible housing registry.