A proposal to develop new housing and commercial uses near the waterfront in Redondo Beach faces a test on September 15, when the project is set to face the city's Planning Commission.

The proposed development from Beach City Capital, named Catalina Village, calls for either renovating or replacing a series of small commercial buildings at 100-132 Catalina Avenue, as well as the construction of a new three-story, four-unit apartment building and 22 three-story townhomes.  Plans call for a mix of two- and five-bedroom floor plans.

As currently planned, a pair of single-story buildings at 112 and 132 Catalina Avenue are slated to be retained as a coffee shop and a tasting room, while the two-story Masonic Lodge building, located at 112 Catalina, would be converted into four apartments. In total, 30 would be created through the Catalina Village project.

Parking for 79 vehicles would be provided on site, with an additional eight street spaces reserved for the project. 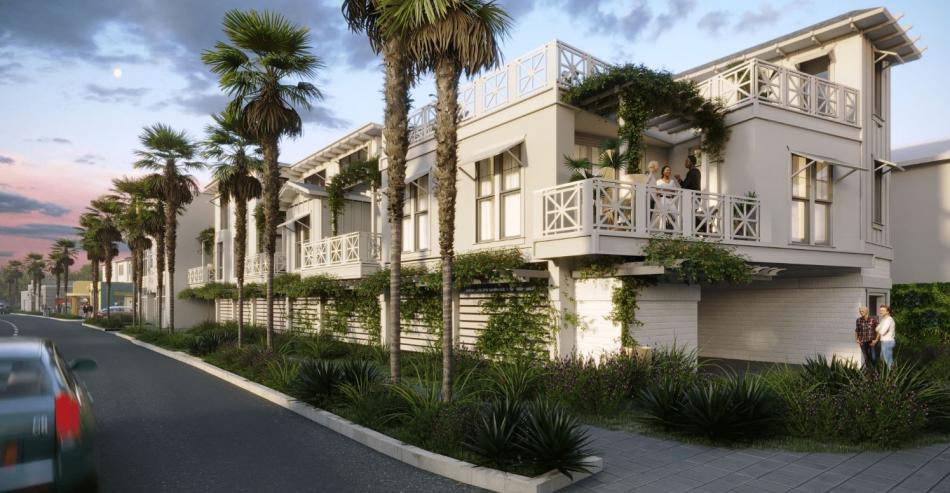 The project has undergone changes since emerging in March 2021, dropping plans for larger six- and seven-bedroom apartments and reducing the overall scale of the proposed townhomes. Likewise, the site has been reconfigured to accommodate slightly more parking than originally planned.

An initial study previously released by the City of Redondo Beach points to a roughly 20-month construction period for Catalina Village.