One year after we last dropped by, LaTerra Development is putting its finishing touches on The Charlie I, one of its new mixed-use apartment complexes in Santa Monica. 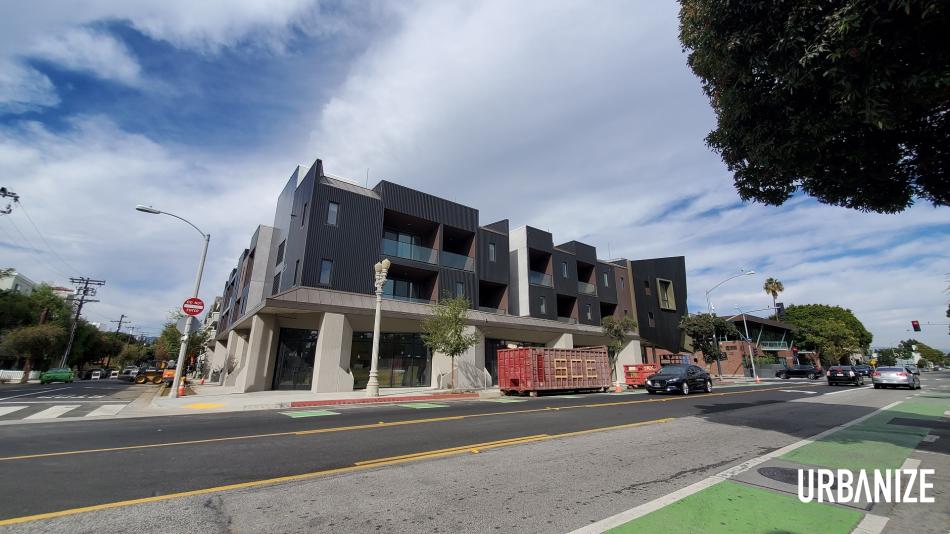 View of "The Charlie" from BroadwayUrbanize LA

The project, which consists of two structures at Broadway's intersections with 23rd Street and Cloverfield Avenue, offers a combined total of 49 studio, one-, two-, and three-bedroom apartments and 2,700 square feet of ground-floor commercial space. Basement parking for 128 vehicles is located beneath the two low-rise structures.

A leasing website for the Charlie advertises monthly rents ranging from approximately $3,800 per month to as much as $6,200 per month. Those figures exclude five of the apartments which will be set aside as deed-restricted affordable housing, per a condition of approval imposed by the City of Santa Monica.

The three-story buildings were both designed Tighe Architecture with sculpted, metal exteriors. Each features a rooftop amenity deck, among other common amenities. 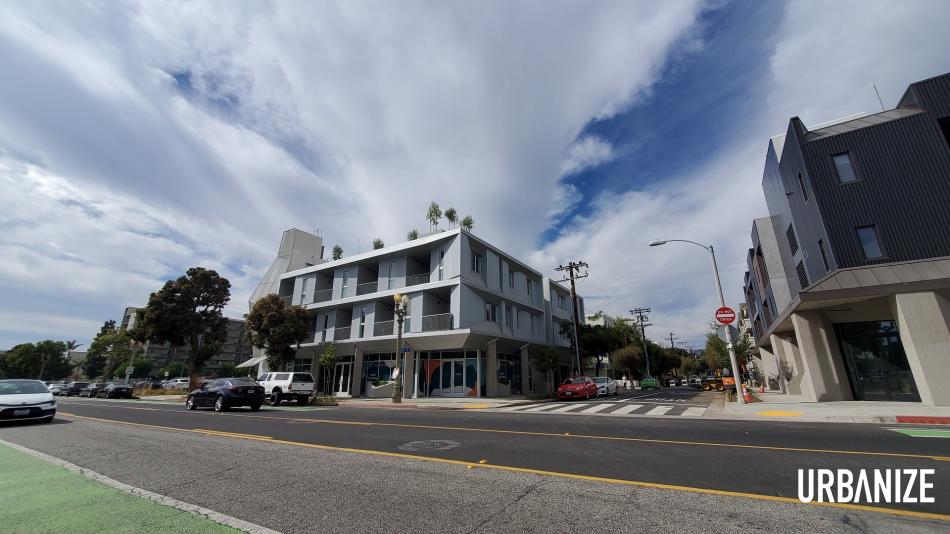 View of "The Charlie" from BroadwayUrbanize LA

The project is one of more than a half-dozen of LaTerra's new housing developments in Los Angeles County, including a similar apartment complex at Santa Monica Boulevard and Yale Avenue. The company's other developments include proposed and under-construction buildings in Burbank, West Hollywood, and Los Feliz.