A pandemic may have upended the hospitality industry since the project was first announced in March 2020, but French conglomerate LVMH continues to push forward with plans for a Cheval Blanc hotel in Beverly Hills. 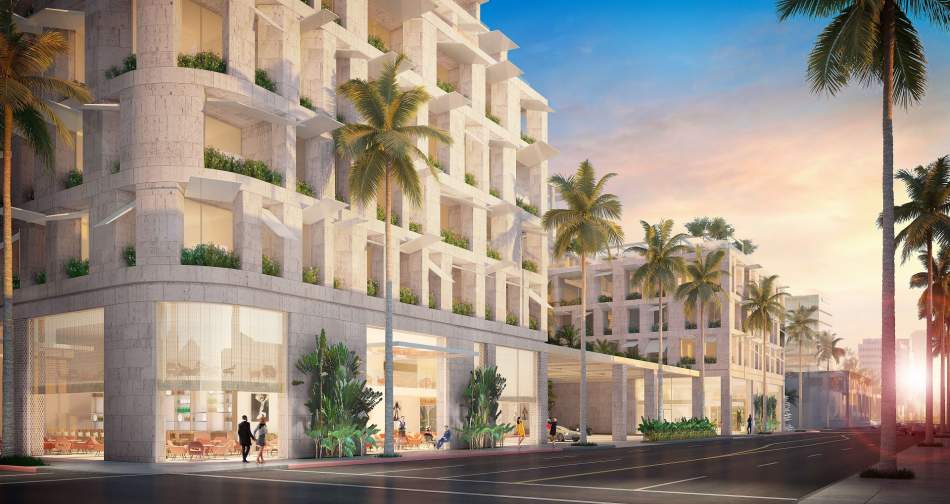 LVMH, the parent company of Louis Vuitton, hopes to bring its luxury hotel to South Santa Monica Boulevard between Rodeo and Beverly Drive.  The new building, slated to replace a former Brooks Brothers retail store and the Paley Center for Media, would span 220,000 square feet and feature up to 115 guest rooms with restaurant space, and a private club.

New York-based architect Peter Marino is designing the Cheval Blanc, with Los Angeles-based Gruen Associates serving as architect of record.  The hotel would feature a tiered roofline, ranging from four to nine stories in height, with an apex roughly 115 feet above street level.  Upper-level setbacks would be used to create a guest amenity spaces, including a garden and multiple pool decks.

Public art would also be incorporated into the design of the project, including a sculpture planned in conjunction with a proposed pedestrian plaza at the corner of Rodeo and Santa Monica.

A draft environmental study published last month by the City of Beverly Hills reiterates an earlier approximated timeline for the project, stating that the Cheval Blanc would be built over a roughly 38-month period commencing in 2022 and concluding in early 2026.

Paris-based LVMH has owned the proposed site of the hotel since 2018, when it reportedly purchased the former Brooks Brothers building for $245 million.

The Cheval Blanc is one of several new hotels planned in Beverly Hills, including an adaptive reuse project that would transform the landmarked Gibraltar Square office complex and a ground-up development slated for South Lasky Drive. 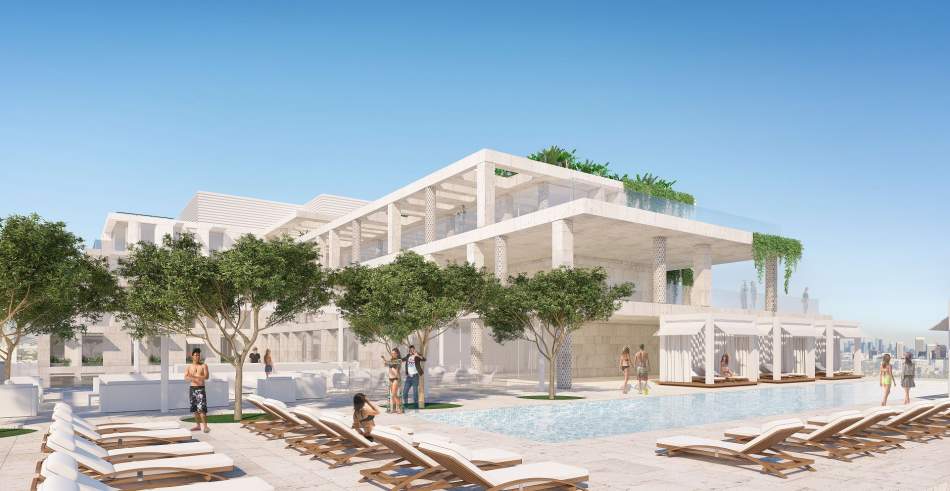 Despite its status as a hub for wealthy tourists, Beverly Hills has not been immune to the wave of closures that have plagued the hotel industry since the onset of the global pandemic.  One block south from the proposed site of the Cheval Blanc, the 86-room Luxe Rodeo Drive hotel shuttered last year.