It's been five years since the family behind the San Antonio Winery initiated plans to develop a narrow lot overlooking Los Angeles State Historic Park with a large mixed-use project featuring multifamily housing and commercial space.  A notice published this week by the Department of City Planning offers a look at updated (and upsized) plans for the site, including a new design by architecture firm Rios. 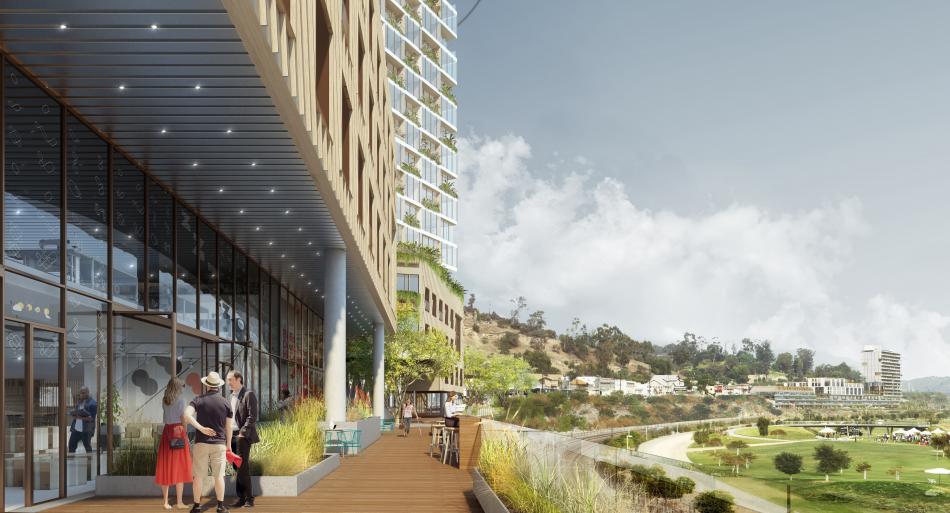 The Buena Vista Project, a joint venture between S&R Partners and Lincoln Property Co. subsidiary LPC West, is slated for a narrow, eight-acre property which sits on a bluff overlooking the more than 30-acre park to the east.  Thought the property's address is 1251 S. Spring Street, its primary street frontage is on Broadway.

As originally envisioned in a 2016 entitlement application, the proposed 1.1-million-square-foot development was to include 920 apartments, 17 live/work lofts and 21,000 square feet of pedestrian-oriented commercial space.  While plans called for multiple low-rise and high-rise buildings, the visual centerpieces of the original plan would have been 14- and 15-story structures oriented toward the northern and southern edges of the property. 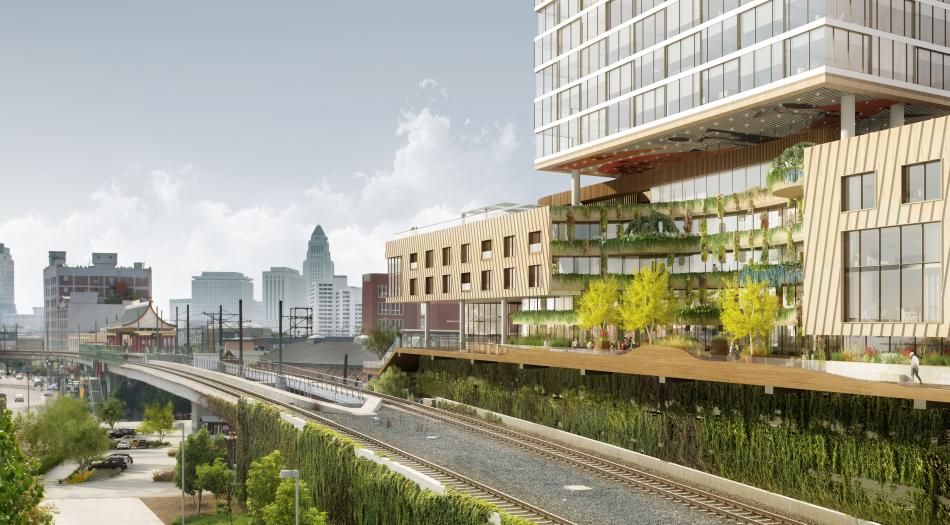 The revised project as detailed in the new initial study, now calls for a larger total of 986 residential units, including studio, one-, and two-bedroom apartments, micro units, and live/work lofts.  Plans also call for a larger commercial component, including 15,000 square feet of neighborhood-serving retail space and nearly 24,000 square feet of indoor-outdoor restaurant space.  The project would provide more than 1,400 parking stalls - as required under zoning - in subterranean levels and an above-grade structure which would be wrapped with apartments.

Another change from the original plan is the proposed inclusion of on-site affordable housing.  Buena Vista would set aside 200 apartments - roughly 20 percent of the total proposed - for rent below market rate, although the targeted income level is not specified in the environmental document.  The issue of affordable housing, or rather a lack thereof in recent ground-up projects, has proven to be a major point of opposition from members of the Chinatown community, who have rallied against new developments due to a fear that they may spur gentrification and displacement. 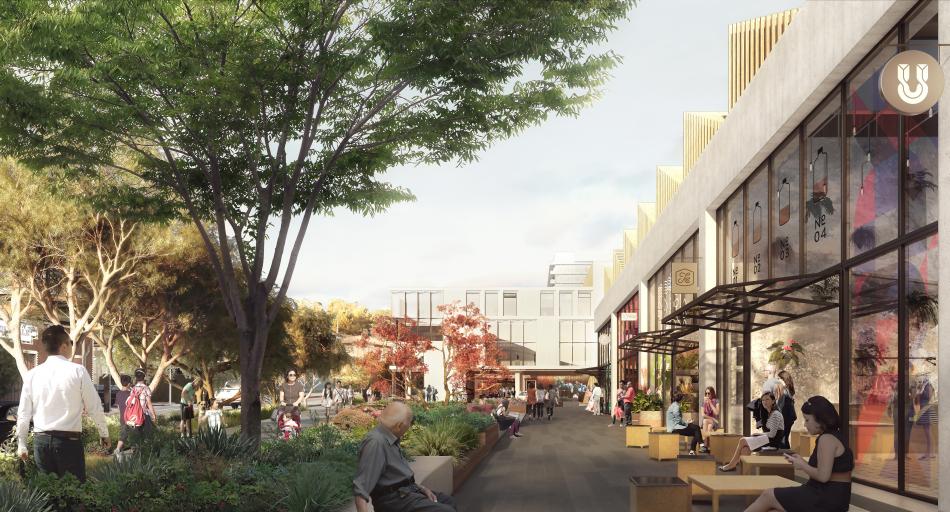 Buena Vista's updated design by Rios also calls for larger structures than originally envisioned.  The property's south parcel, located closest to the commercial core of Chinatown, is slated for 26- and 22-story towers with a shared podium, rising 348 and 304 feet in height respectively.  The northern parcel, nearest to the Broadway Bridge, would culminate in a 15-story, 213-foot-tall building.

Mostly unchanged from the original project are plans for a central green space between the two parcels, featuring landscaping and pedestrian circulation elements.  That location could eventually serve as a nexus between two transportation projects planned for the Chinatown community - a pedestrian bridge linking Broadway to the park below and a proposed gondola system between Union Station and Dodger Stadium.

Pending the approval of entitlements by the City of Los Angeles, including a general plan amendment and a zone change, construction of Buena Vista is expected to occur in two phases.  Work is expected to commence on the south parcel in March 2023 and conclude by February 2026, with work beginning on the north parcel immediately afterward and concluding in January 2029. 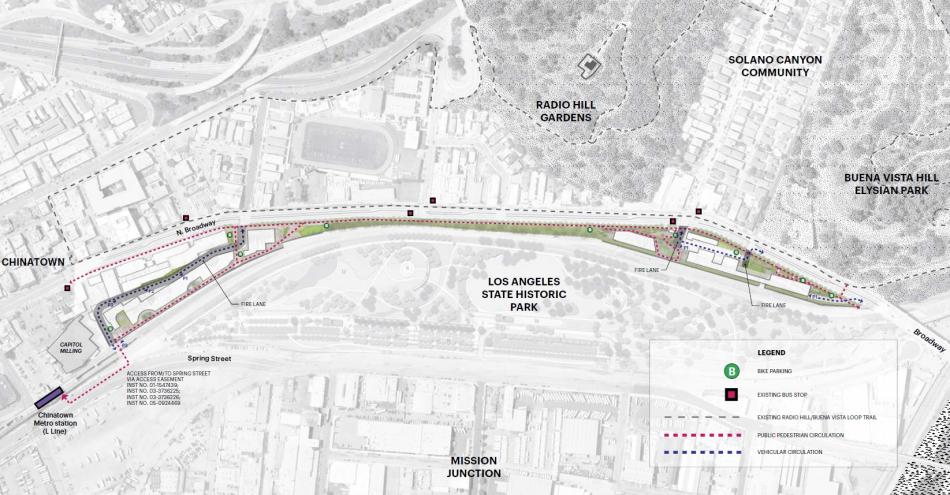 "Buena Vista has a new design based on priorities shared by neighbors over the last several years," reads a statement released by developer LPC West.  "The result is a plan that brings housing, retail, and public open space to the site, including 200 units of affordable housing and enhanced connectivity to public transit. The design, by L.A.-based architecture firm RIOS, maintains key view corridors for the surrounding community and incorporates approximately 1.6 acres of public walking paths and landscaping. We look forward to continued engagement with our neighbors throughout the public review process."

While the proposed towers of the Buena Vista would surpass all existing nearby buildings in height, there will likely be some precedent for high-rise developments in Chinatown by the time the project is set to break ground.  A short distance south at 742 Broadway, construction is in the early stages for Harmony, a 23-story apartment building from Townline and Forme Development.

The projects are the latest in a recent series of ground-up developments in the Chinatown community, including the recently-completed Llewellyn Apartments on Main Street and the College Station complex slated for an empty lot on Spring Street.