In Chinatown, construction is complete at a roughly $50-million project that has been billed as a new model for homeless housing developments in Los Angeles. 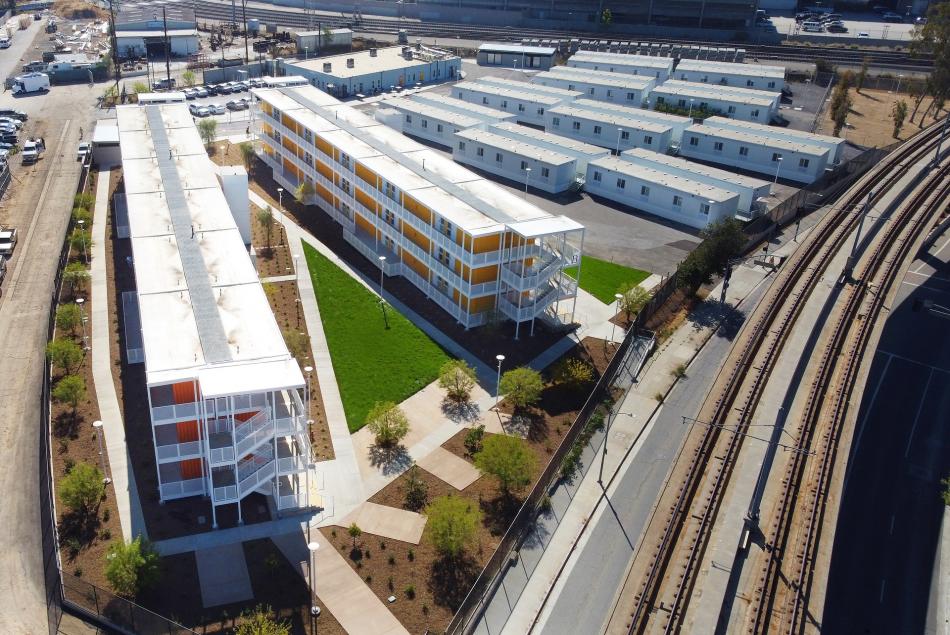 The Hilda L. Solis Care First Village, located on a formerly empty site at 1060 N. Vignes Street, includes 232 beds for unhoused residents and on-site supportive services in a series of buildings ranging between one and three stories in height.  The facility opened its door to residents in April, and reached full occupancy by May.

NAC Architecture designed the village, which was built with a combination of repurposed shipping containers, prefabricated modular units, and mobile units.  Unlike traditional shelters, the each unit includes a private bath, rather than the bunk-style setups typical in shelters.  Additionally, the project was designed to include a dog park and green space, permitting residents to keep their pets.

“This project, to me, demonstrates that the greater needs of our population extend far beyond traditional thoughts of what infrastructure may be," said Mike Funderberg, a vice president of Bernards, the project's general contractor. Public housing for those unhoused individuals on our streets, coupled with a long-term focus on ancillary services-- such as mental and behavioral healthcare, which encompass true comprehensive redirection of the growing population of individuals experiencing homelessness -- are long absent and much needed infrastructure projects for our modern times.” 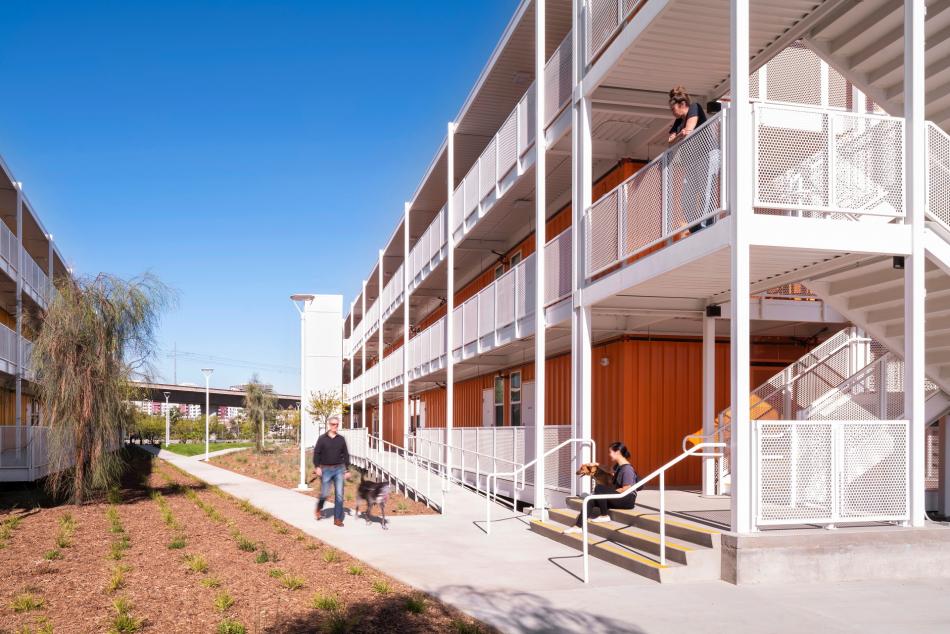 Funding for the project, which was approved in 2020 by the Los Angeles County Board of Supervisors, includes $42 million of the County's allocation from the Federal CARES Act and $6 million in interim housing pool funds.  The City of Los Angeles is expected to cover operating costs through June 2025, paying $55 per bed on a daily basis.

The roughly four-acre site, located just north of Union Station, once slated for the construction of a parking garage serving Men's Central Jail.  However, a 2019 vote by the Board of Supervisors abandoned a $1.7-billion plan to replace the jail with a new facility geared towards mental health treatment, leaving the property open for redevelopment.

Now, the interim housing facility and the Men's Central Jail site are poised to serve as the centerpieces of a new "Restorative Justice Village" which could bring hundreds of units of interim and permanent supportive housing to a largely industrial zone on the fringe of Chinatown.