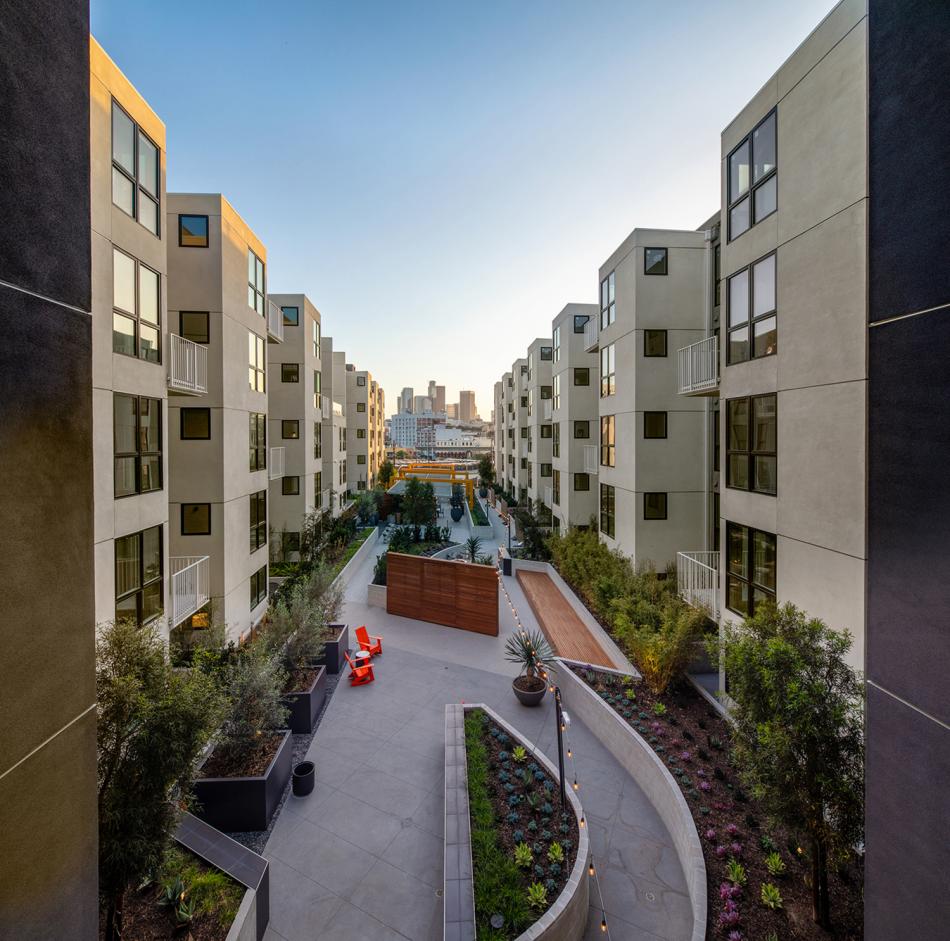 Courtyard at the LlewellynDavid Gutierrez Photography

The Llewellyn –located on a 3.2-acre site bounded by North Main, Roundout, and Llewellyn Streets - is a seven-story building which features 318 studio, one-, and two-bedroom apartments atop parking for 526 vehicles.

A leasing website for the property advertises rental rates ranging from $2,125 to $4,800 per month.

While the building sits due east of the commercial core of Chinatown, as well as L.A. State Historic Park and a Metro rail station, the property's immediate surroundings are largely industrial.  The project site itself was once home to the Llewellyn Iron Works, which manufactured the steel used in historic buildings such as the landmark Biltmore Hotel. 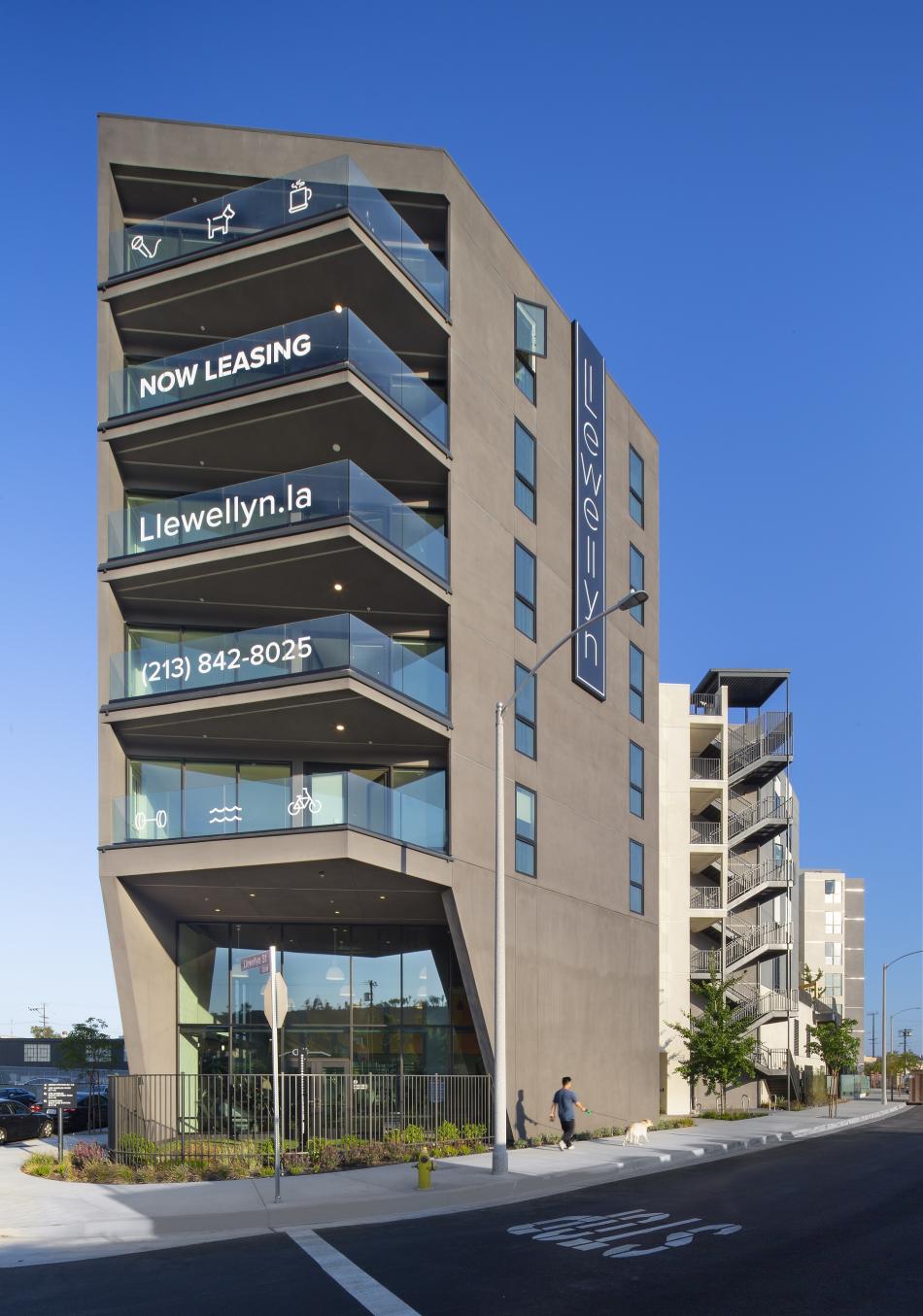 The podium-type building has an E-shaped footprint, with three wings of apartments flanking courtyards programmed with swimming pools, barbeque areas, and lounges.  Other amenities include co-working space, a gym, and a music studio.  While the Llewellyn does not include ground-floor commercial space, apartments with street-facing entrances are located along all three property lines.

The project is the first in a handful of new multifamily residential developments planned along the perimeter of Los Angeles State Historic Park, including Atlas Capital Group's 725-unit College Station apartments and a modular mixed-use complex at 1457 N. Main Street. 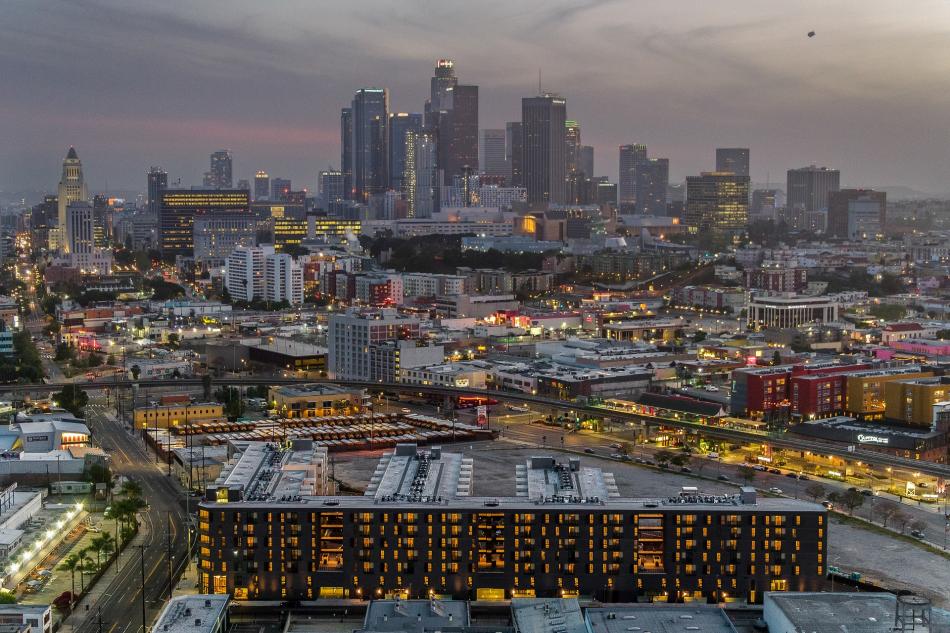