Since acquiring the former Mid-Wilshire headquarters of Farmers Insurance in 2014, CIM Group has sought to redevelop the eastern half of the campus with housing.  Seven years after its purchase, the company is now taking stock of one of the more recent additions to the office complex. 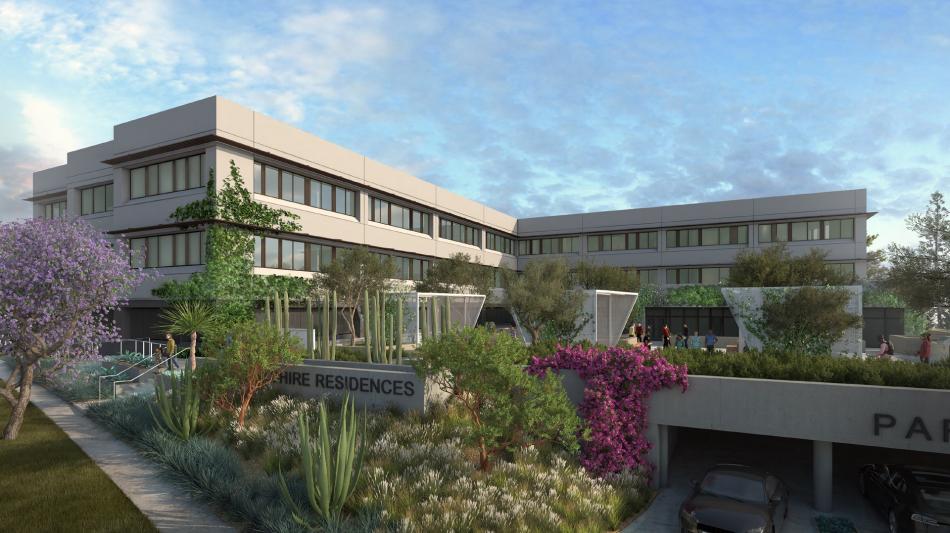 Earlier this month, CIM filed an application with the Department of City Planning seeking entitlements for the adaptive reuse of the three-story building at 4750 Wilshire Boulevard.  If approved, the majority of the 144,000-square-foot structure would be converted into 68 apartments, with a portion of the existing street-level office space to remain.  The property's three-level basement parking garage would also be retained.

According to the project's entitlement application, plans call for a mix of studio, one-, and two-bedroom floor plans, with six apartments to be set aside as affordable housing at the very low-income level. 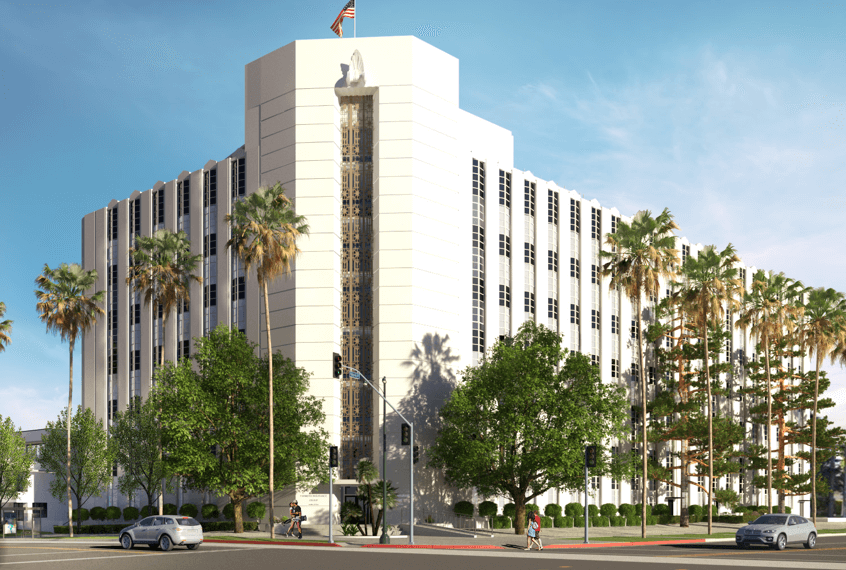 CIM Group, which is headquartered out of another former Farmers building at 4700 Wilshire Boulevard, has packaged the other components of the campus as the Wilshire Mullen development.  The historic Farmer building at Wilshire and Rimpau Boulevard is to be transformed into 63 condominiums, while parking lots to the east would be redeveloped with 24 residential units in the form of duplexes and townhomes.

Omgivning is leading the design efforts for the adaptive reuse of the Farmers building, while Bassenian Lagoni Architects is designing the new construction. 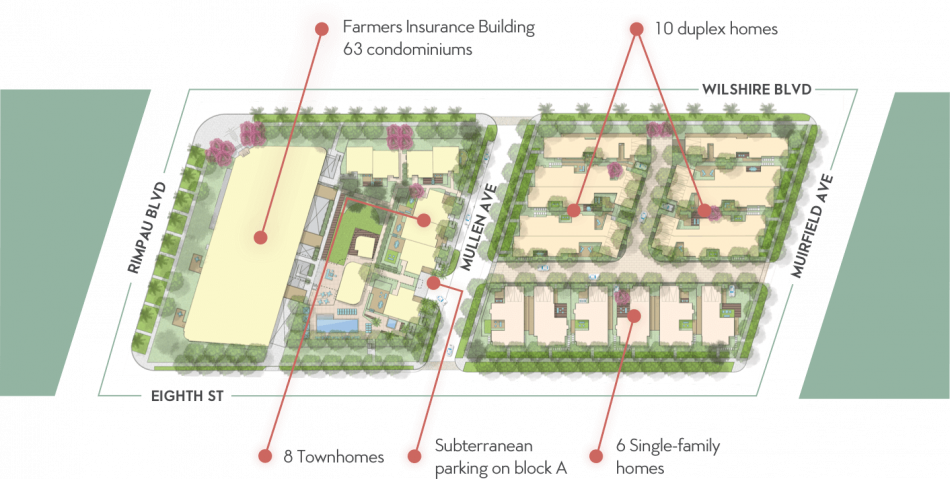