Over the past three years, developer CIM Group has transformed the former home of the Los Angeles Metropolitan Medical Center into housing through a combination of adaptive reuse and ground-up construction.  Now, a new filing with the Department of City Planning offers a look at what the company has in store for the remaining 100,000 square feet of space at the property, which sits just south of the I-10 Freeway in Jefferson Park.

The project, located at 2211 S. Western Avenue, calls for the construction of an eight-story edifice featuring 364 studio, one-, and two-bedroom apartments and more than 70,000 square feet of commercial space across its first three floors.  Plans also call for 562 parking stalls in one subterranean level and four above-grade levels.

Requested entitlements for the project include density bonus incentives permitting additional units and a reduction to residential parking relative to zoning requirements.  CIM would set aside 38 of the apartments as deed-restricted very low-income housing in exchange for the incentives. 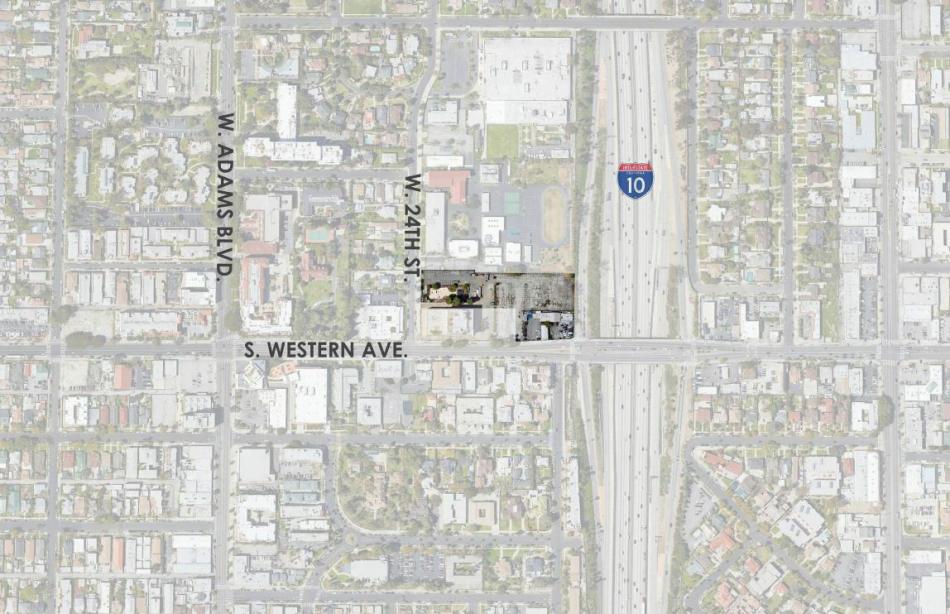 AC Martin is designing 2211 Western, which is depicted as a contemporary podium-type building.  Landscape architecture firm Superjacent is also working on the project, which would include three courtyards, two rooftop decks, and multiple interior amenity spaces.

Pending the approval of entitlements, the construction of 2211 Western would result in more than 470 apartments at the former medical center site - all built by CIM Group.  The developer had previously considered adding a hotel to the property.

CIM Group has developed a number of mixed-use projects in South Los Angeles, largely concentrated in the Jefferson Park and West Adams communities.  A past attempt to purchase the Baldwin Hills/Crenshaw Plaza Mall, with the intent of converting the shopping center into offices, was abandoned after community backlash.