In a 10-0 consent calendar vote last week, the Los Angeles City Council approved the issuance of nearly $47 million in bond funding for the construction of three affordable and permanent supportive housing developments in South Los Angeles and Koreatown. 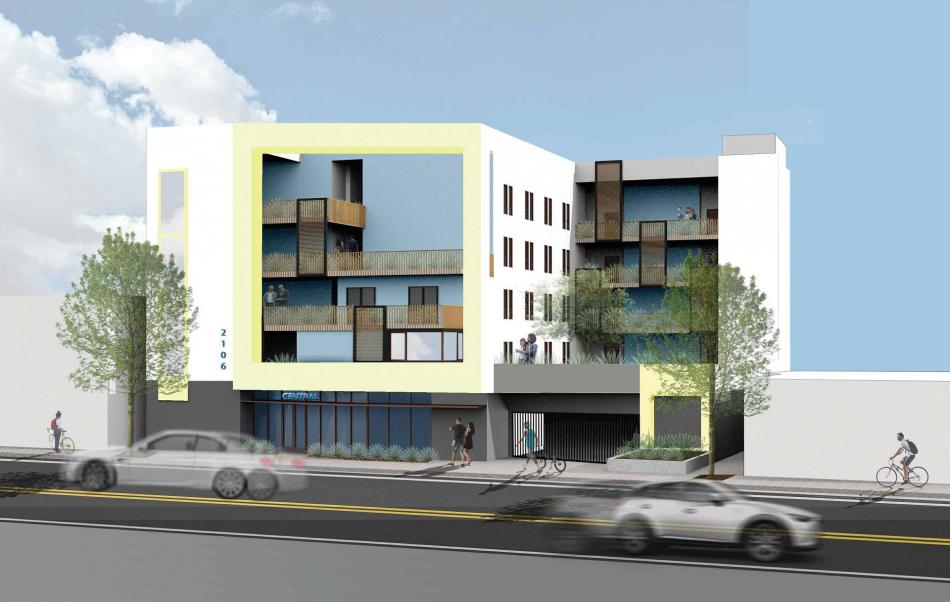 The first project, proposed by Gardena-based developer Highridge Costa, would rise from a currently vacant site located at 2106-2122 S. Central Avenue in the Central-Alameda neighborhood. Approved plans call for the construction of a five-story edifice featuring 57 studio and one-bedroom apartments with parking for seven on-site staff members.

Egan Simon Architecture is designing the apartment complex, which is depicted in a rendering as a contemporary low-rise building 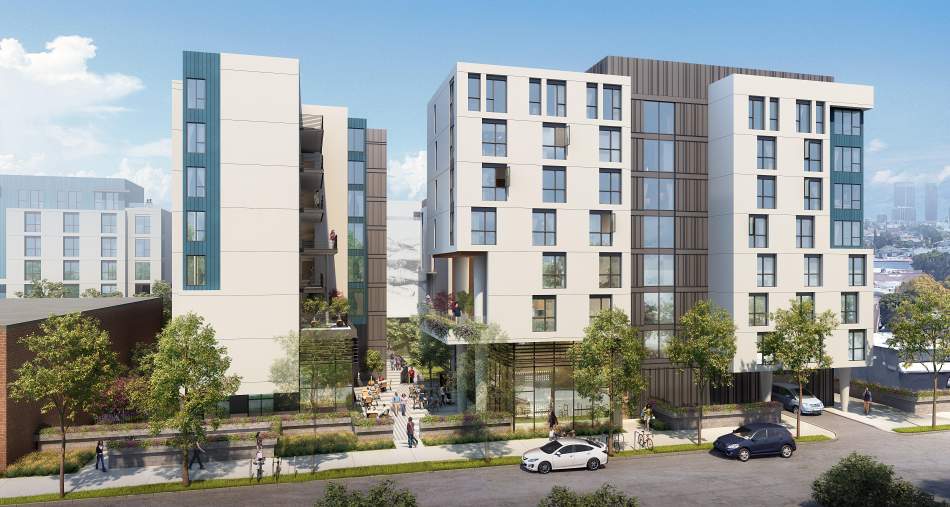 The City Council voted approved $18 million in funding for the project, contributing to a total budget of $36.5 million - or slightly over $640,000 per unit. A Housing Department report attributes the relatively high per-unit cost of the project to a requirement to use prevailing wage labor, a proposed podium parking garage, design regulations, and sustainability features.

The Council also voted to approve a combined total of $29 million in bond funding for Montesquieu Manor and the Rousseau Residences, the initial components of developer Flexible PSH Solutions' Enlightenment Plaza complex in Koreatown.

The two buildings, which will each consist of 52 apartments, will offer studio apartments priced for households earning no more than 50 percent of the area median income level. The affordable units are expected to average 346 square feet in size.

A Housing Department staff report estimates the total cost of the projects at approximately $59.2 million, with per-unit price tags ranging from $540,000 and $560,000.