At its meeting earlier today, the Los Angeles City Council voted unanimously to designate a proposed multifamily residential development in West Los Angeles as a Sustainable Communities Project, thereby exempting it from further review under the California Environmental Quality Act. 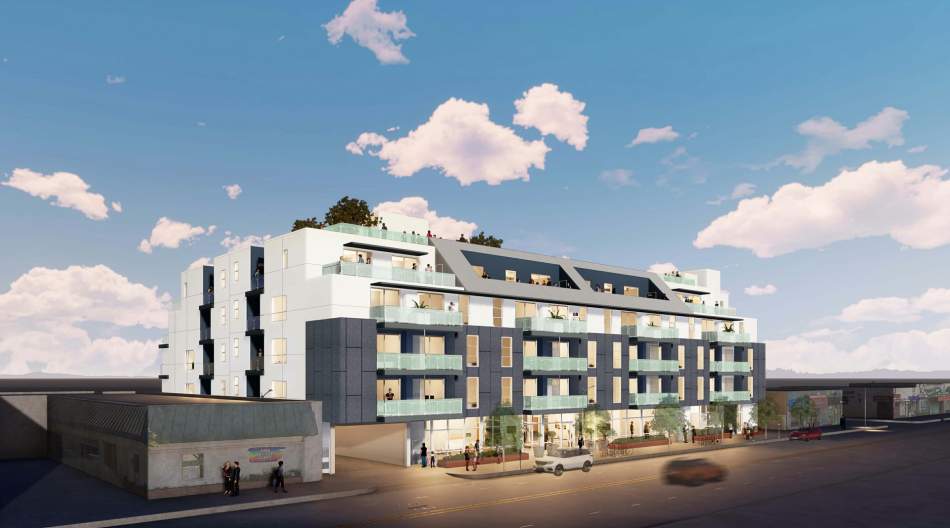 Slated for a property located at 2107-2121 S. Westwood Boulevard, the proposed development from RBM of California would consist of a five-story edifice featuring 92 studio, one-, two-, and three-bedroom apartments atop 1,553 square feet of ground-floor commercial space and a two-level, 125-car subterranean parking garage.

RBM's entitlement application for density bonus incentives to achieve a larger structure than allowed by zoning is proceeding on a separate track, and will require the approval of the City Planning Commission. Those incentives require the developer to set aside eight of its proposed apartments as deed-restricted very low-income affordable housing.

The project considered by the City Council differs from the proposal first submitted to the Planning Department in October 2020, which had called for a fully residential development with 109 apartments, but no ground-floor commercial uses. The earlier iteration had also relied on Transit Oriented Communities development incentives rather than the state density bonus, which would have required a larger 14-unit affordable component.

Both versions of the project are designed by DE Architects. Architectural plans revealed in 2020 portrayed the building as a contemporary podium-type structure with upper-level step backs facing both Westwood Boulevard and the single-family homes to the east.

Construction of the Westwood Boulevard project is expected to occur over a 28-month period, according to an environmental report.

RBM of CA, a subsidiary of the Japanese real estate investment firm Residence Building Management Co., is currently in construction at similar mixed-use projects in the Mid-Wilshire and Palms neighborhoods.