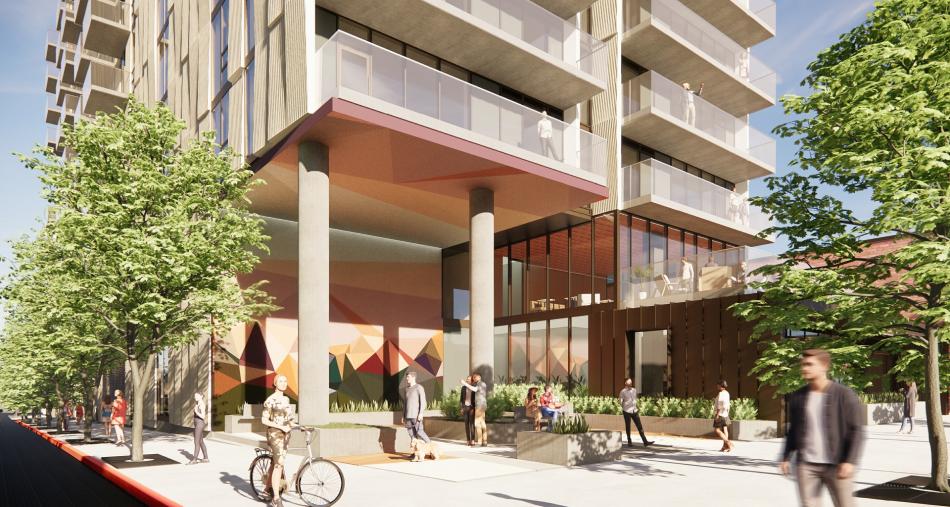 Yesterday, the Los Angeles City Planning Commission voted to approve entitlements for the company's project at 5600 Hollywood Boulevard, which calls for the construction of a new 17-story tower featuring 200 apartments - including 40 units of deed-restricted very low-income housing - above parking for 265 vehicles.

HKS Architects is designing the proposed tower, which would stand approximately 200 feet in height.  The building feature tiered roof heights, designed to match the scale of neighboring structures on Carlton Way.  Renderings show terrace decks at four levels of the tower.

The vote by the Planning Commission supports the approval of density bonus incentives and a conditional use permit to allow the construction of a project with more than twice the amount of housing than permitted under local zoning rules.

The Los Angeles City Council has already adopted a study which exempts the project from further review under the California Environmental Quality Act. 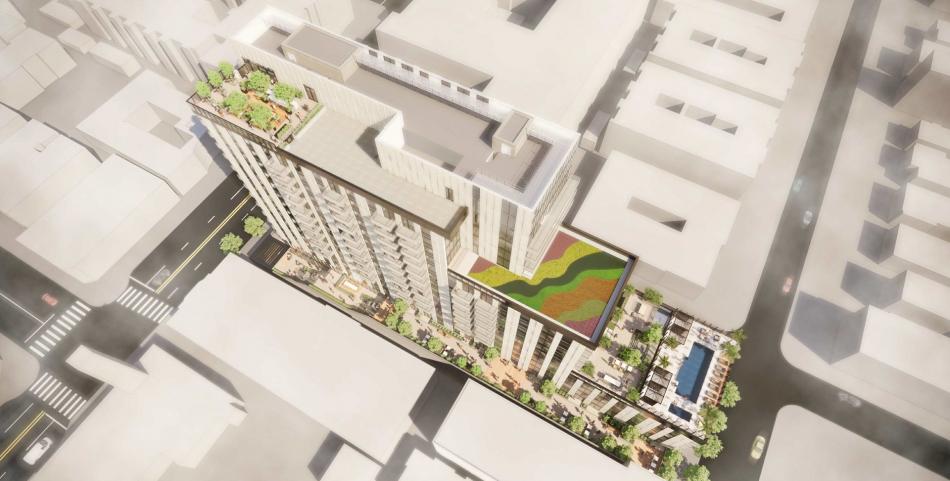 While undoubtedly the tallest project planned along Hollywood Boulevard, it is not the only new housing development in the neighborhood.  Across St. Andrews Place, Wood Partners completed a 280-unit apartment complex in 2018.  Two blocks west, the Atlanta-based developer is in the midst of construction on a similar 160-unit project.