In a series of votes last week, the City Planning Commission has given the go-ahead to a more than $1 billion project which will simultaneously expand the Los Angeles Convention Center and adjoining J.W. Marriott hotel complex. 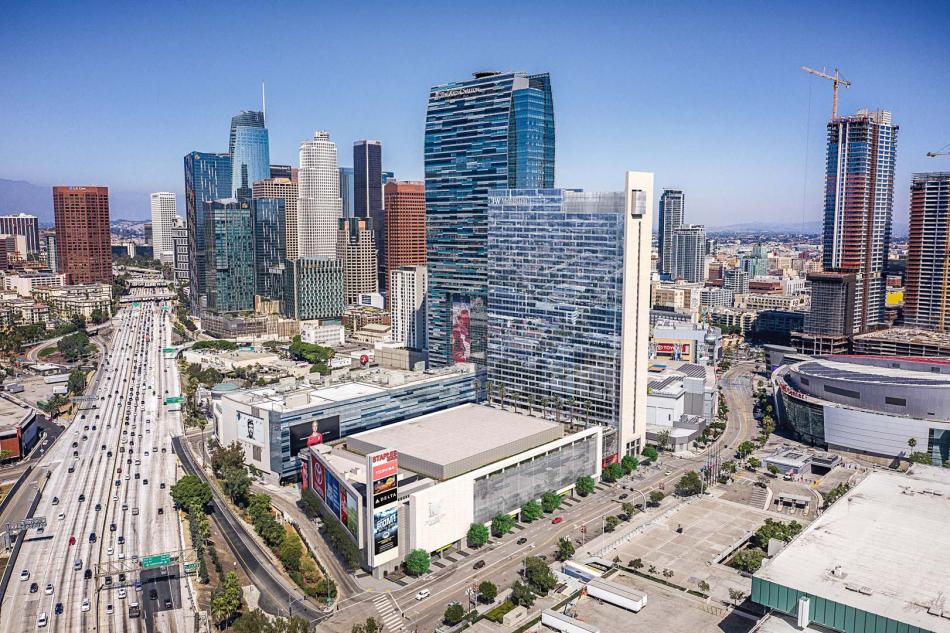 The plan, which is being carried out through a public-private partnership between the City of Los Angeles, AEG, and Plenary Group, calls for the construction of a 37-story tower above an existing parking garage at Chick Hearn Court and Georgia Street featuring a total of 861 hotel guest rooms and a conference center with 228,000 square feet of meeting rooms, multipurpose space, and other functions.

The Gensler-designed tower would rise approximately 450 feet in height, and include a large amenity deck facing the western property line. The existing garage, converted into a podium for the hotel, would be wrapped with more than 20,000 square feet of signage.

Combined with the existing J.W. Marriott and Ritz Carlton hotel, which features just over 1,000 guest rooms, the expanded project would be the second largest hotel in California if built today. 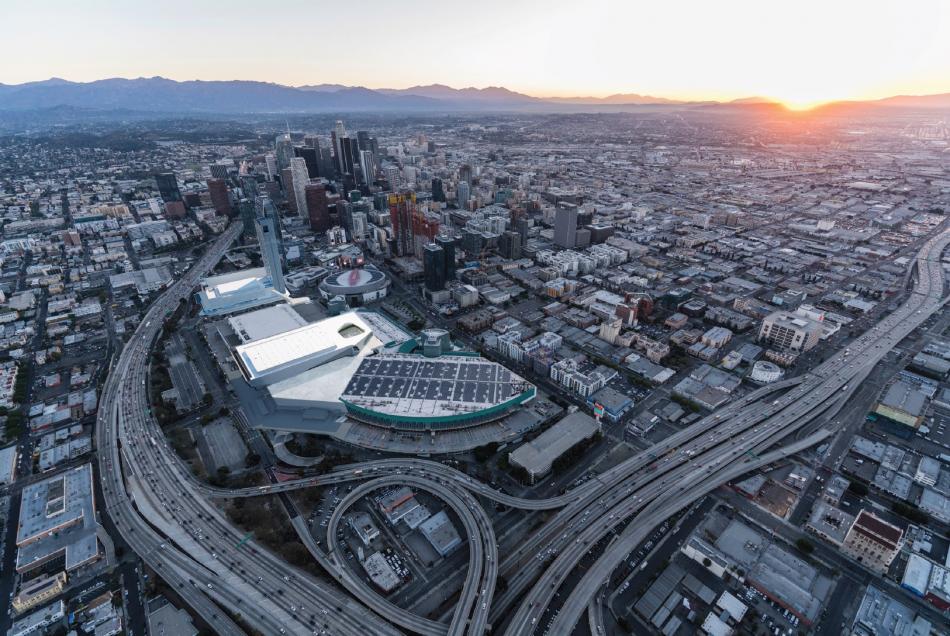 On the opposite side of Chick Hearn Court, plans call for spending more than $500 million to add 700,000 square feet of space to the Convention Center in a new structure bridging Pico Boulevard. By connecting the existing South and West Halls, the new construction would result in a 45 percent increase in the total size of the Convention Center, increasing its available exhibition space to more than 1 million square feet.

Populous is designing the new construction, which would feature a series of terrace decks and a cavernous light well opening from street level to the sky above.

In addition to the Convention Center and hotel complexes, the project also for public realm improvements, including the addition of lighting, wider sidewalks, bus and vehicle drop-off space, and potentially a mid-block crossing to the segment of Pico Boulevard which cuts through the property. Likewise, Gilbert Lindsay Plaza, located at the intersection of Pico Boulevard and Figueroa Street, is to be transformed into a park-like area with water features, public art, a cafe, and an amphitheater. Olin is serving as the project's landscape architect. 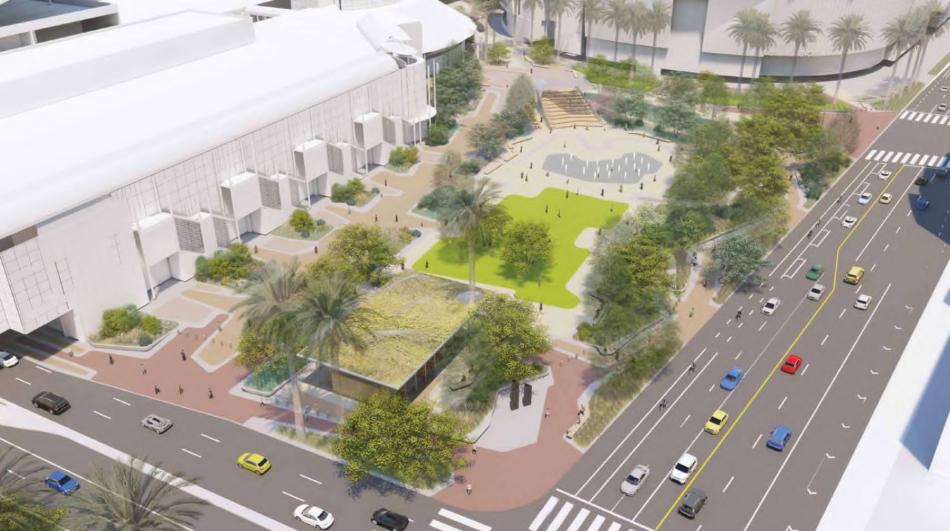 Los Angeles officials have sought to expand the Convention Center for more than a decade, first in concert with a never-built NFL stadium in 2011, and later as a standalone project in 2015. The current public-private partnership between AEG came about in 2016.

The Los Angeles Times reported in late January that AEG is looking to sell a stake in the property to finance the expansion, with the aim of breaking ground on the project within 12 months. Construction of the hotel is expected to occur over a roughly three-year period, per an environmental study published by the City of Los Angeles.