In a 5-0 vote, the Los Angeles City Planning Commission has moved to approve entitlements for a project which would replace a 1970s warehouse in the Arts District with a live/work development. 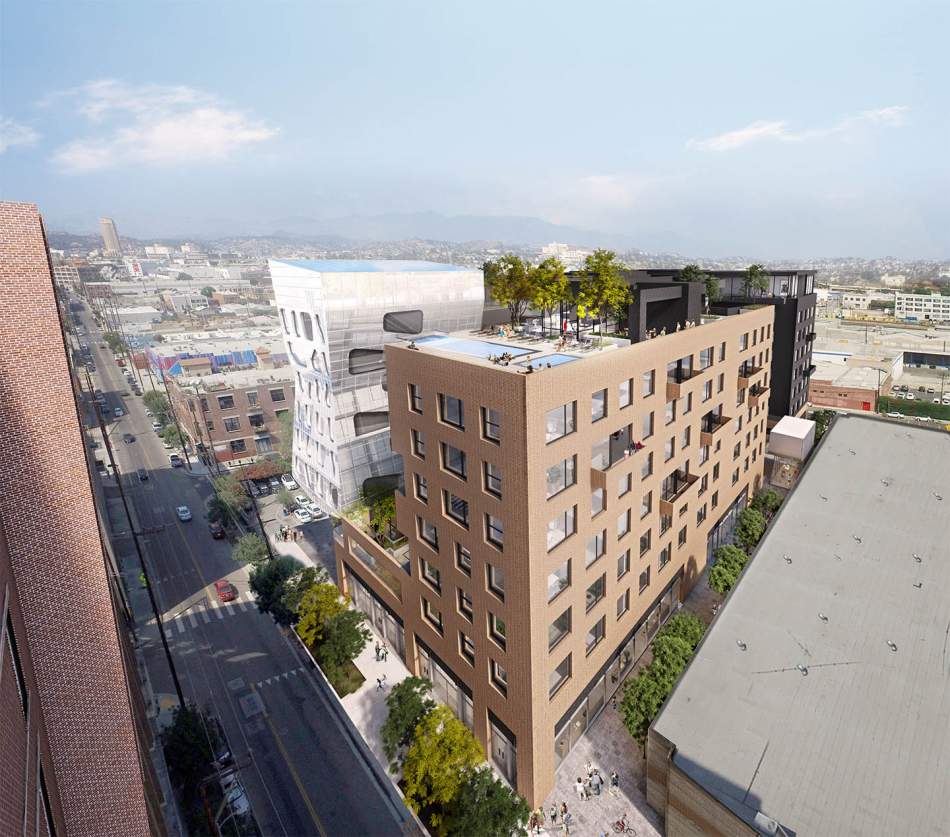 The project, which is being developed by Maxxam Enterprises, would rise from a roughly one-acre property 676 S. Mateo Street. Plans call for the construction of a new eight-story, 195,000-square-foot building containing up to 185 live/work apartments - including 21 very low-income affordable units - with roughly 23,000 square feet of ground-floor commercial space and art production space. Parking for up to 221 vehicles would be provided on three subterranean levels below the building.

Proposed entitlements would also offer the flexibility to increase the amount of commercial space to 46,000 square feet, while cutting back to 159 live/work apartments.  Either option would maintain the same building envelope.

Designed by Downtown-based HansonLA, the project is highlighted by a sculptural element facing Mateo Street, which is described on the architect's website as the "puppydog," and would serve as the visual terminus of Industrial Street. The building would rise approximately 116 feet in height and would be clad in brick. At street level, plans call for street-level pedestrian paseos on both the northern and southern property lines, providing access to an interior courtyard. Other amenities would include a rooftop pool deck, a fitness room, and production space. 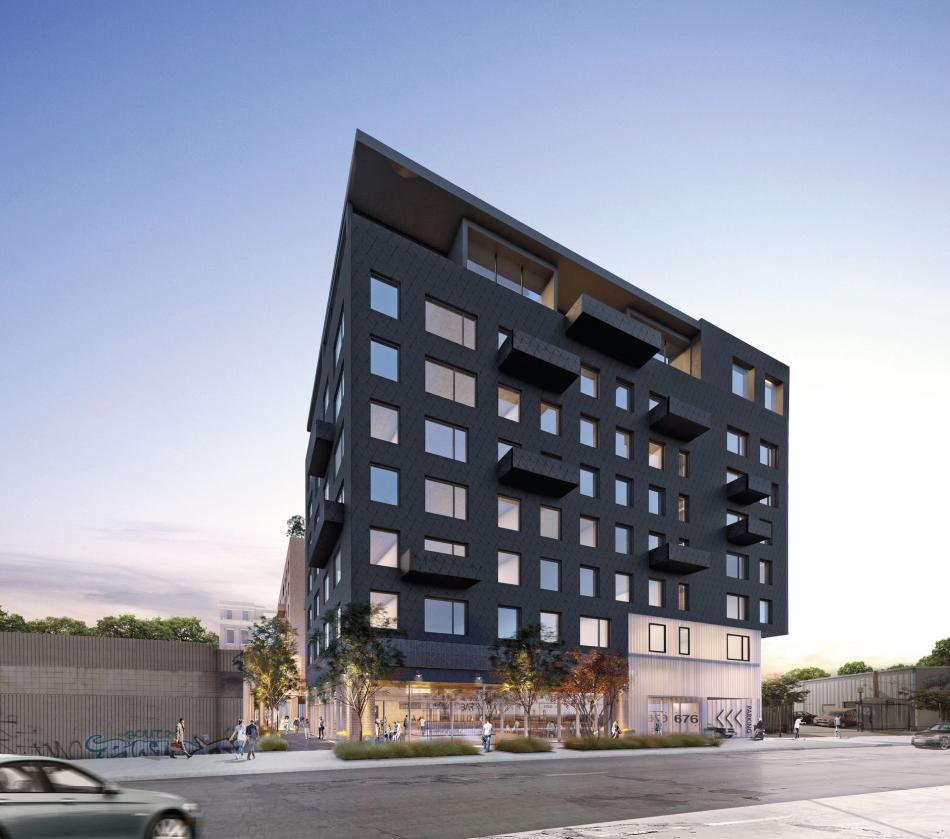 View of 676 Mateo Street from ImperialHansonLA

According to an environmental impact report published last year by the City of Los Angeles, construction is expected to occur over an approximately 24-month period.

The Planning Commission vote endorses the approval of a zone change, a general plan amendment, and other entitlements to facilitate the construction of 676 Mateo.  Those items must be ratified by the Los Angeles City Council before taking effect.

The Commission's vote simultaneously rejected an appeal of the project's environmental clearance by the Coalition of Responsible Equitable Economic Development - or CREED LA - which argued that the environmental impact report conducted for the project fails to consider fully consider issues including greenhouse gas emissions, air quality, and noise, among others.  A staff response had recommended denial of the appeal, citing a lack of substantial evidence.

The 676 Mateo development is one of two live/work projects planned by Maxxam in the Arts District.  The Beverly Hills-based firm's second project, also designed by HansonLA, would rise at the intersection of 5th and Seaton Streets.