In a rare move, the Los Angeles City Planning Commission voted to reject plans to redevelop six small commercial and buildings in Pico-Robertson with a new hotel. 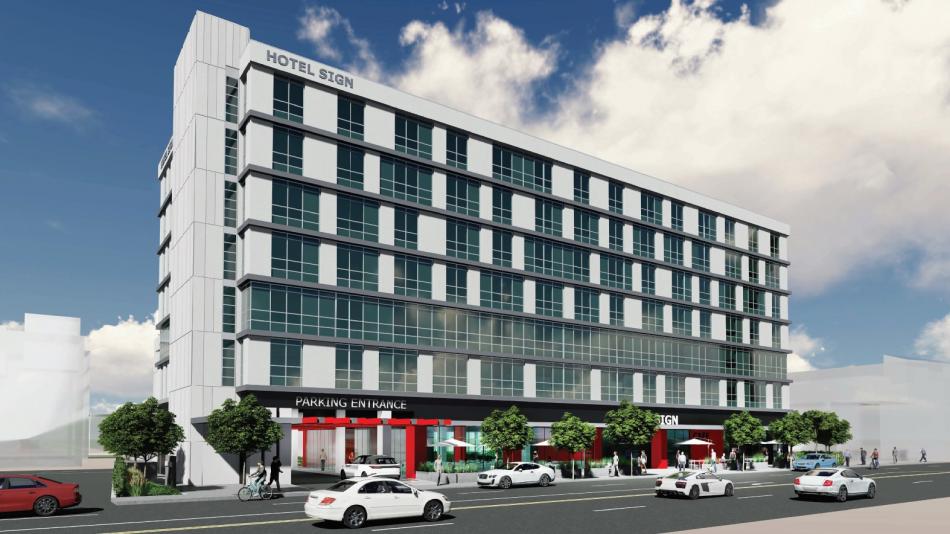 Yesterday, the Commission voted unanimously to reject the project from property owner Dan Harkham and Sinanian Development, which called for the construction of a seven-story, 131-room hotel just south of Pico Boulevard at 1434-1456 S. Robertson Boulevard.  The proposed project also called for 945 square feet of ground-floor commercial space and a 77-car garage.

Alajajian Marcoosi Architects, the firm behind the proposed Armenian American Museum in Glendale, is designing the hotel.  Renderings depict the proposed development a contemporary mid-rise structure featuring a rear-facing pool and amenity deck at its third floor. 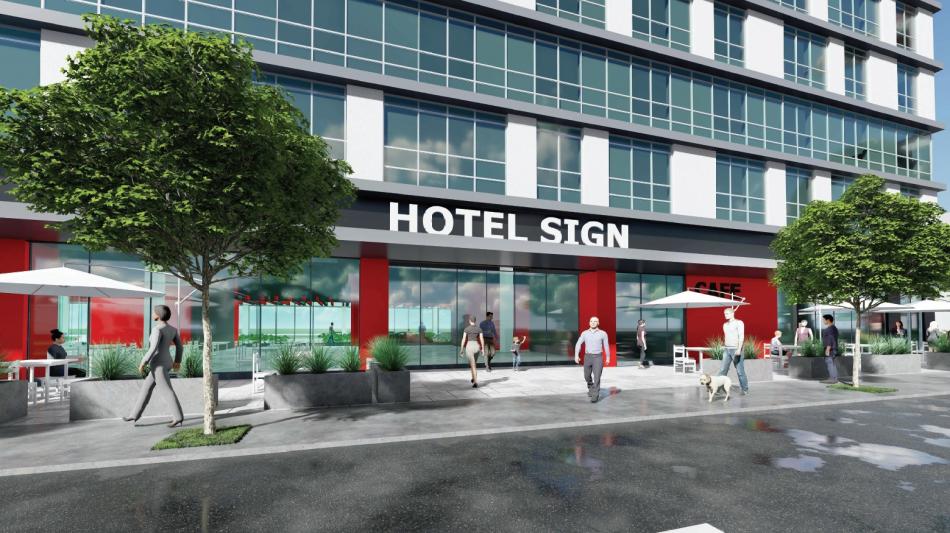 The vote by the Commission, which went against a staff recommendation, followed a flood of comments in opposition to the hotel, in particular due to the fact that the project would replace 12 apartments which are subject to the city's rent stabilization ordinance. According to a presentation from a representative of the project applicant, just four of the units are currently occupied. Attempts to strike relocation agreements with the remaining tenants had been unsuccessful at the time of the presentation.

The project's backers had billed the proposed hotel as specialty institution with services uniquely tailored to the Orthodox Jewish community of Pico-Robertson, including kosher food offerings and banquet facilities.

Commissioners, expressing some skepticism about that claim, as well as the potential loss of rent stabilized housing, indicated that they could vote in support of the zone change and conditional use permit required for the hotel's construction. However, Commissioners also indicated that another type of project could be more appropriate for the site.

Whether or not the hotel is built on Robertson Boulevard, the project is yet another example of a new mid-rise mixed-use building planned for the community.  A half-mile west at Pico and Cardiff Avenue, the City Planning Commission recently signed off on a proposed development which would include housing for special needs individuals and ground-floor commercial space.  At Pico and Beverly Boulevard, a car wash is also poised to make way for mixed-income housing and retail. Directly across the Robertson Boulevard from the hotel, another housing and commercial project is also proposed. 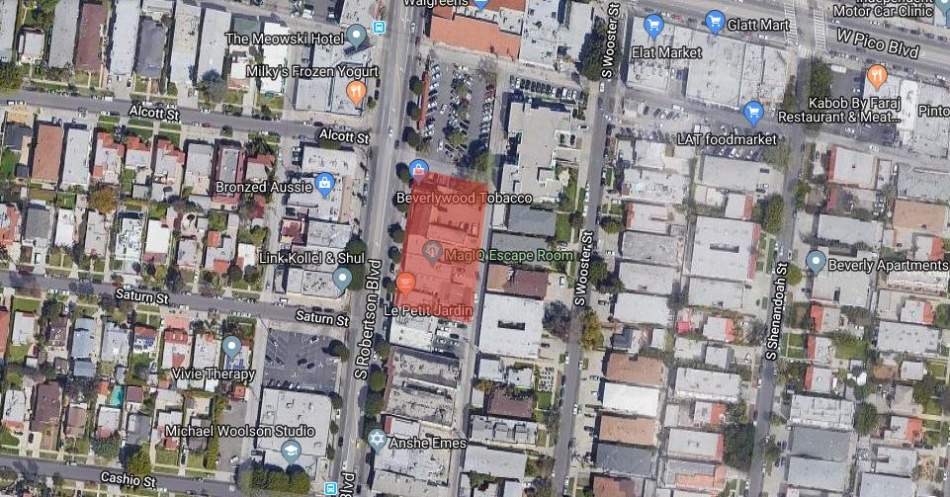