The City of Vernon, located just southeast of Downtown Los Angeles, has long been known as the home of heavy industry and little else. As of the 2020 census, Vernon has just 222 residents, making it the second least populated city in the entire state. But an evolving Los Angeles County - coupled with the requirements of the 2021-2029 Housing Element - could soon change that longtime status quo. 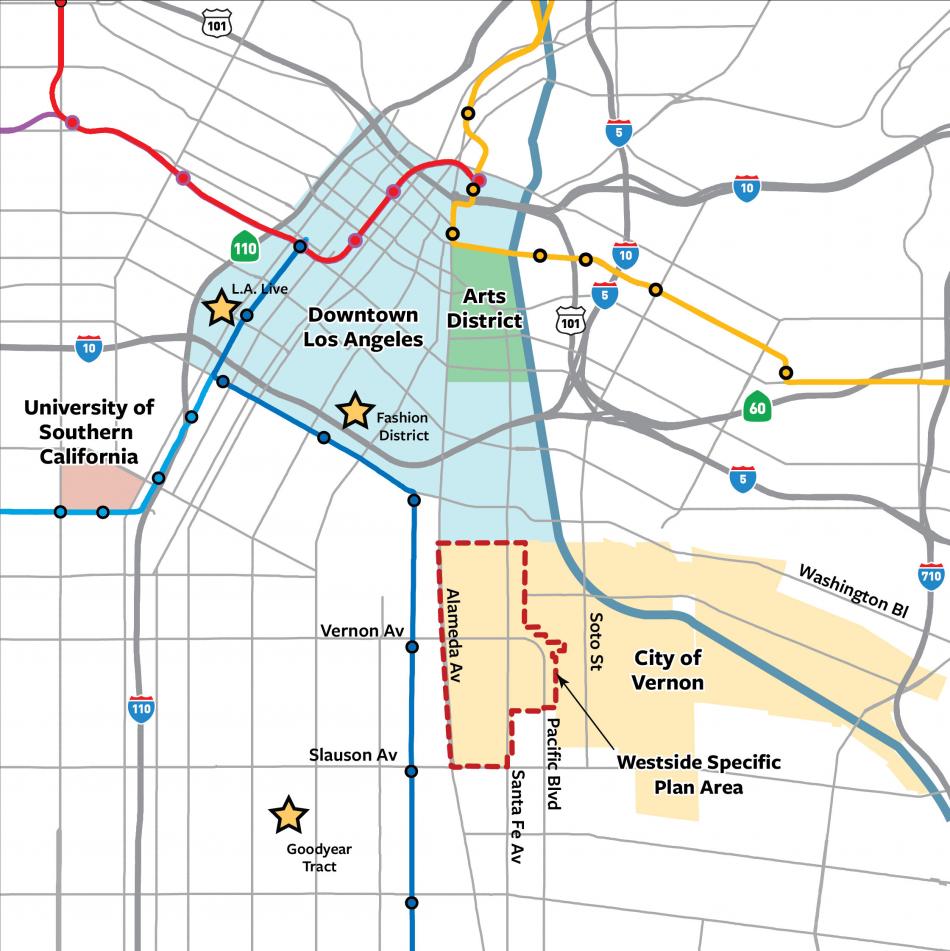 The City of Vernon recently initiated the environmental review period for its Westside Specific Plan, which could bring new mixed-use and multifamily residential buildings (and other forms of non-industrial development) to a roughly 840-acre area along Alameda Street, Santa Fe Avenue, and portions of Pacific Boulevard. The Specific Plan area sits just east of Metro A Line stops located at Slauson and Vernon Avenues, as well as a future stop on the West Santa Ana Branch.

"Over the past century, Vernon’s economy has gradually evolved from agricultural to heavy industrial to the current mix of manufacturing and warehousing," reads a statement posted to the specific plan's website. "As the pace of economic change in Southern California accelerates in the years ahead, Vernon will continue to evolve in a manner which is not yet fully understood. The City of Vernon does not wish to leave this evolution to chance, but rather seeks to purposely direct it in a manner which will maintain its regional competitive advantage as a center of production, and create a more prosperous, diversified and resilient community with a strong positive identity. In support of this goal, the City will consider the addition of urban multifamily residential and mixed-use development, as well as other non-industrial uses, to the current largely industrial community."

While draft documents published so far do not provide precise targets for housing development as a result of the specific plan, they do outline broader strategies for redevelopment of four "clusters," within the City of Vernon, as well as potential policy changes intended to reduce the impacts of heavy industry in these nodes. 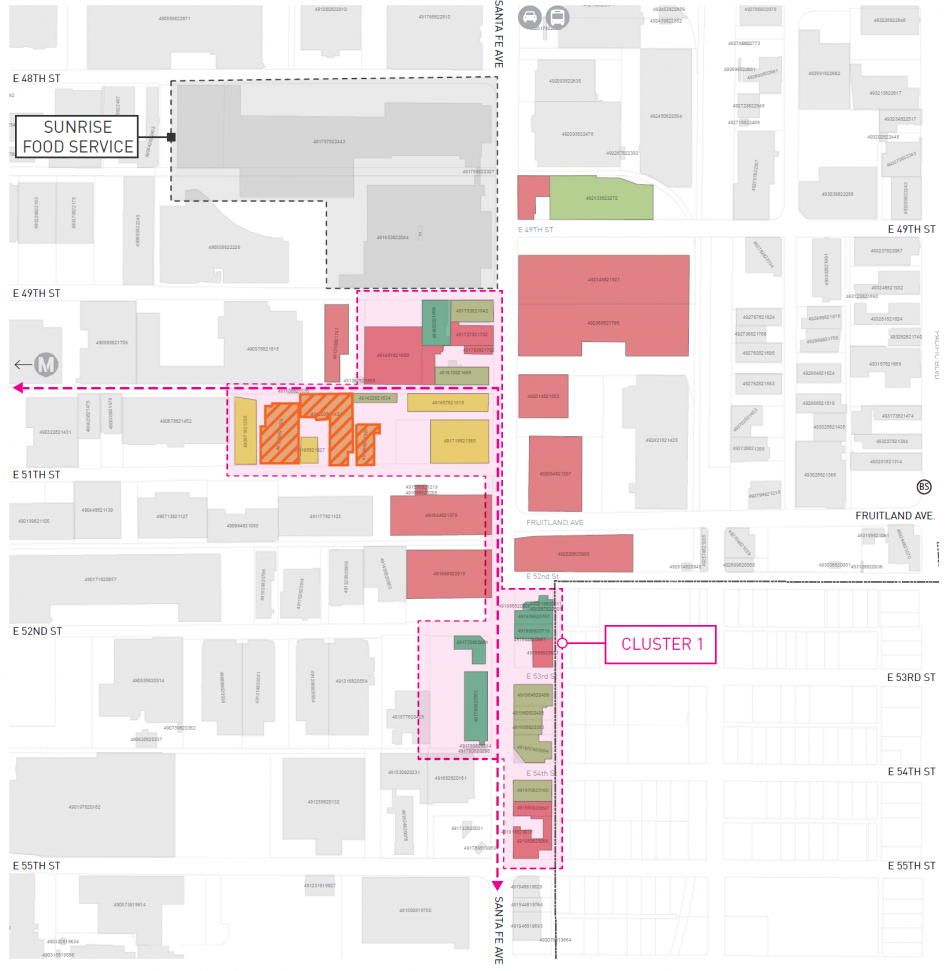 Cluster 1, located along Santa Fe Avenue in the southern section of the Specific Plan Area, has been identified as an opportunity site for research and development facilities, offices, and mixed-use commercial developments, with landmark buildings suitable for adaptive reuse. Likewise, this node sits in close proximity to Slauson Avenue -which could provide a pedestrian route to the nearby Metro station. 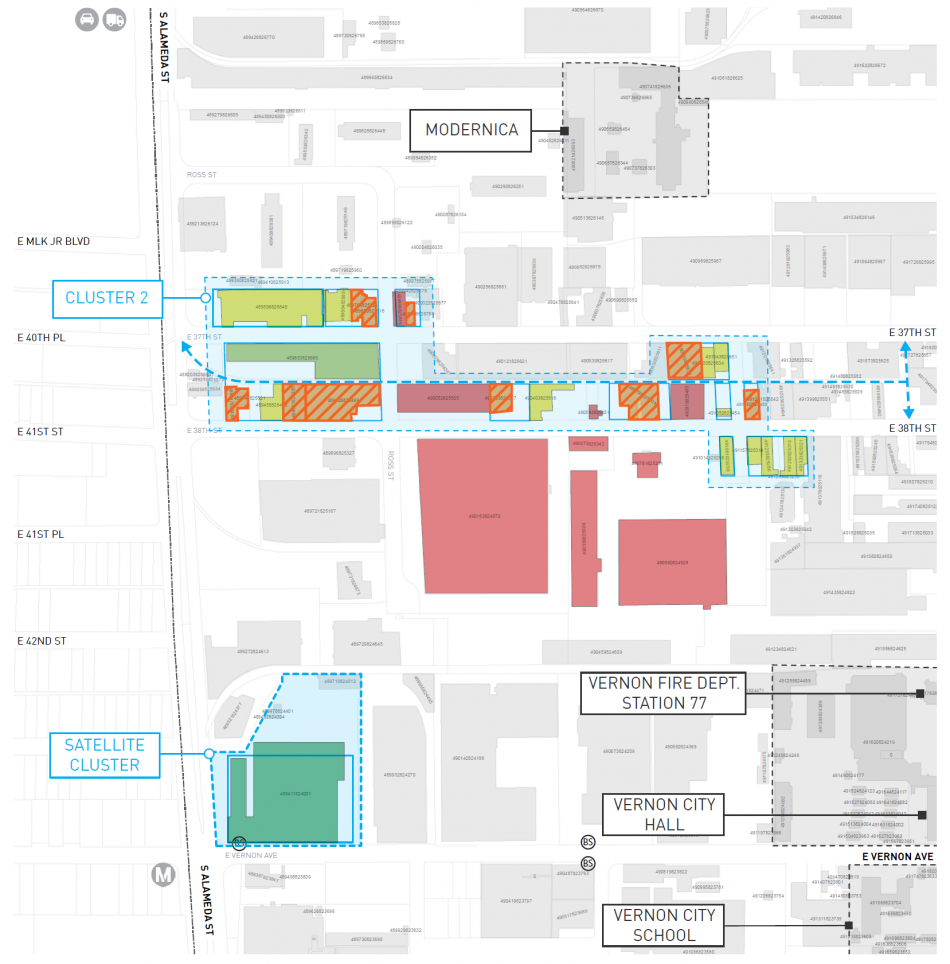 Cluster 2, located along 38th Street at the western side of the Specific Plan area, sits closes to Alameda Street, and includes properties suitable for adaptive reuse with housing. 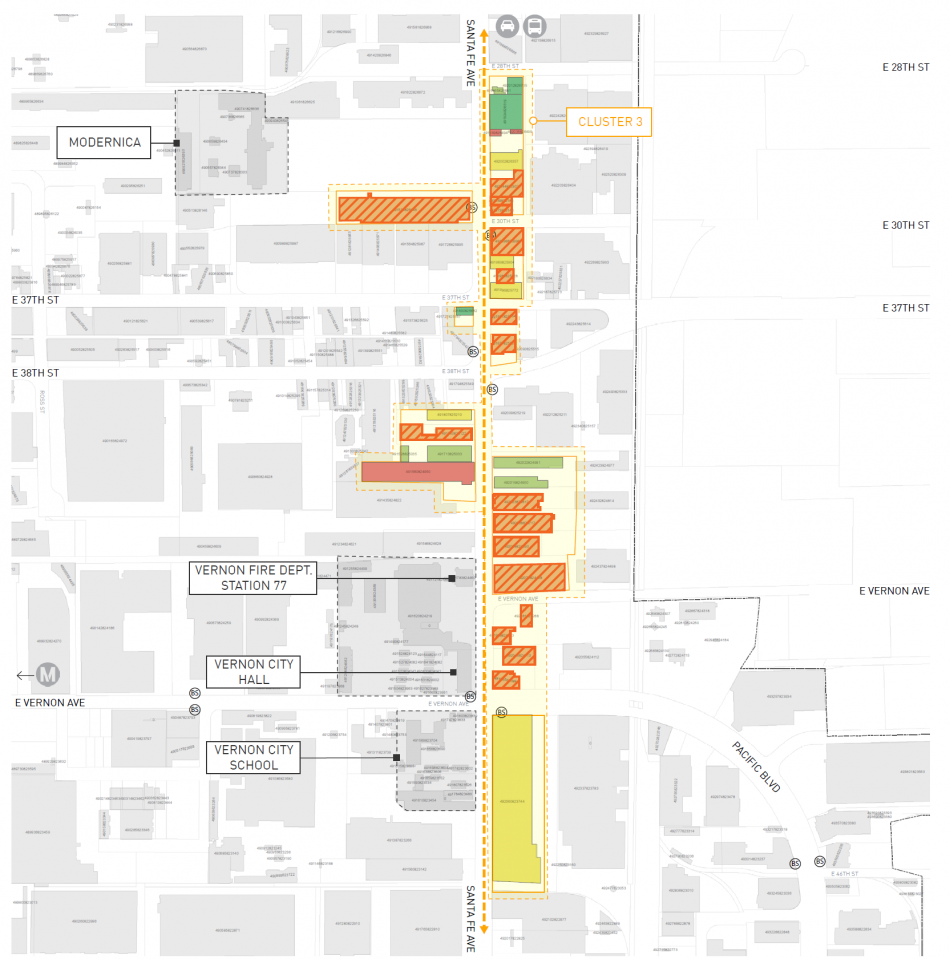 The third Cluster, located along Santa Fe Avenue in the northern section of the Specific Plan area, includes Vernon City Hall and other government facilities, and is the closest portion of the city to the Arts District. The construction of mixed-use residential projects in the abutting neighborhood could encourage similar uses within Vernon. 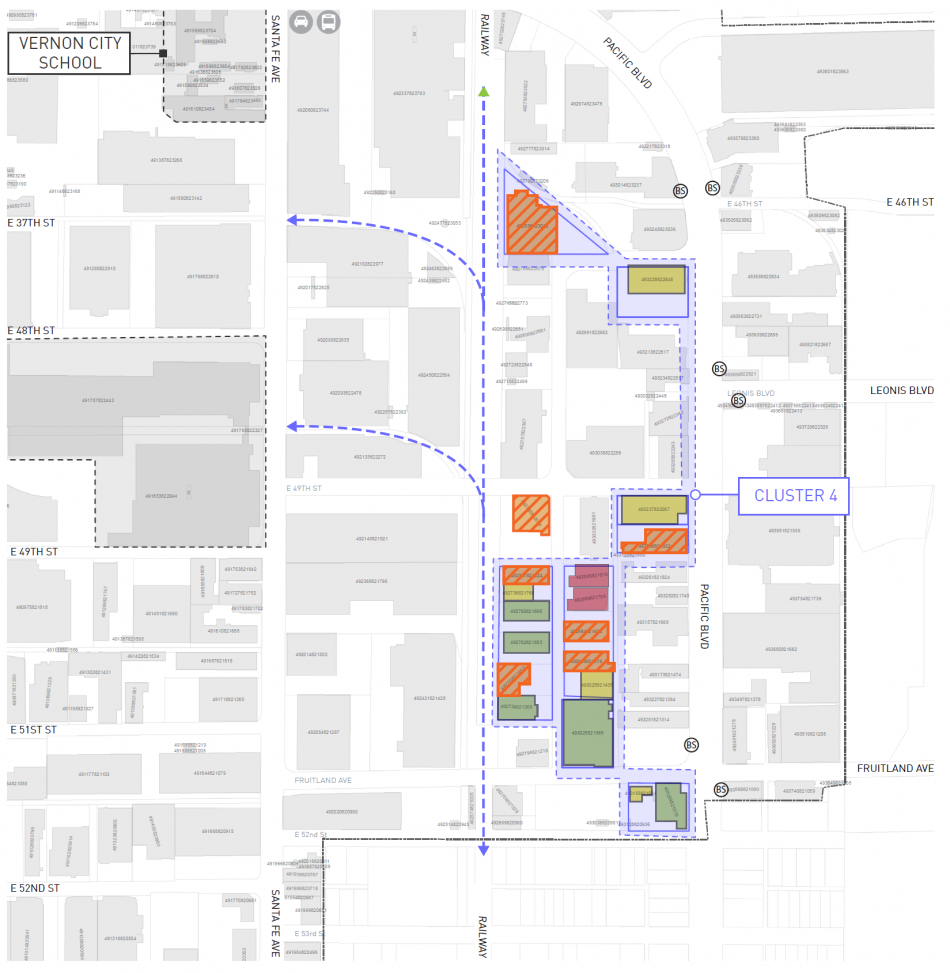 Cluster 4, located at the eastern section of the Specific Plan area along Pacific Boulevard, sits close to Huntington Park, and includes a number of unused access easements and rail spurs which could be repurposed as greenways or pedestrian paths.

To set the stage for development, the City is also considering improvements to Santa Fe Avenue, with the aim of transforming the corridor into the city's pedestrian-oriented commercial spine. If the plan is realized, a center turn lane could be eliminated to make way for new on-street parking. Additionally, new street trees are proposed, as well as bike lanes and safer crosswalks. Those improvements would serve as the centerpiece of a streetscape and open space framework, intended to connect the four clusters as well as adjacent neighborhoods and transit stops.

Likewise, the plan also acknowledges that the heavy industrial uses within Vernon may deter investment in mixed-use projects as seen in the Arts District. Under the proposed specific plan, a truck route system would be created to redirect vehicles off of Santa Fe Avenue, identifying Alameda Street as the primary truck route for the west side of Vernon.

For more information on the Westside Specific Plan, visit the project's official website.