In Westchester, construction is nearing a major milestone at the LAX Automated People Mover. 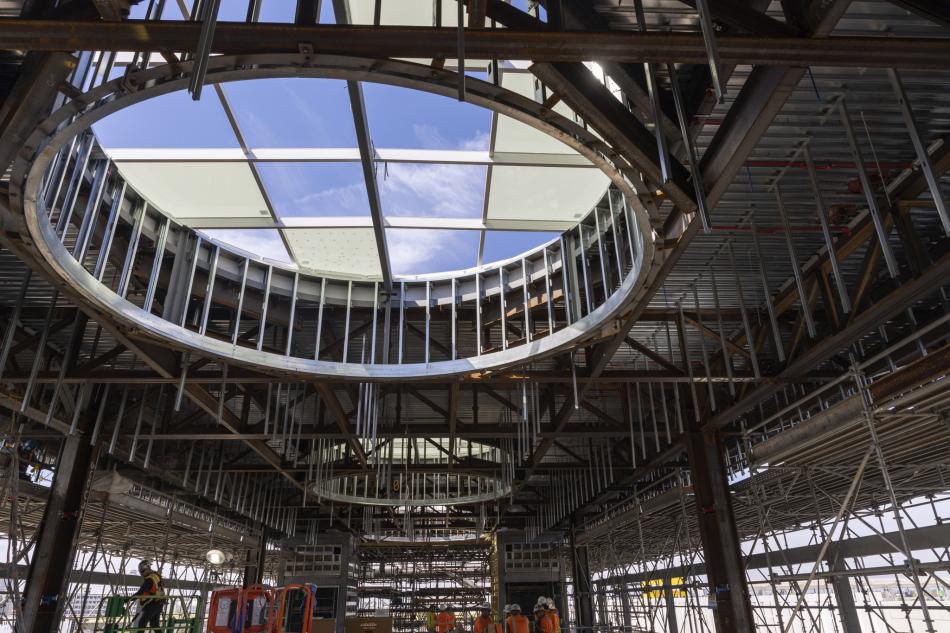 The concrete superstructure of the people mover's 2.25-mile guideway is now 99 percent complete, LAX announced in its newsletter earlier this month. One of the last, and most visible elements of the project, is a new span above Sepulveda Boulevard, which was built incrementally using cast-in-place segmental construction.

To the west at the LAX Central Terminal Area, work continues on projects which will allow the monorail-like system to connect passengers to their destinations within the airport, including new steel supporting the East West CTA Stations and pedestrian bridges linking to Terminals 1 and 3. 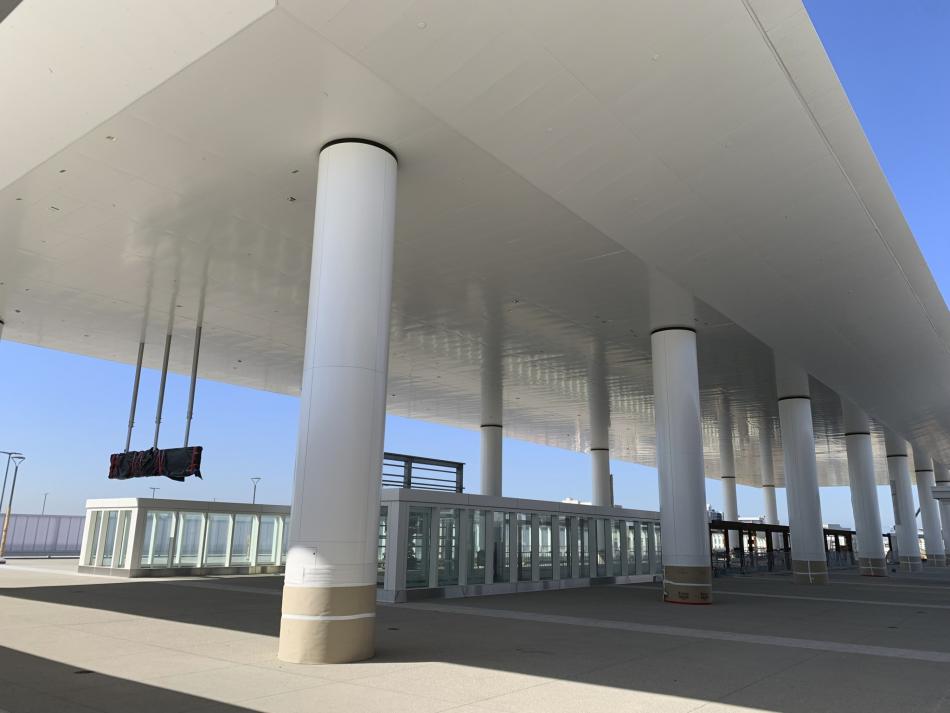 Outside of the CTA, skylight glass panel installation is underway at the people mover stop servicing the LAX Economy Parking facility. Likewise, steel framing was completed in March for the Intermodal Transportation Facility-East station, which will connect to the new Crenshaw/LAX and C Line stop now under construction at Aviation Boulevard and 96th Street.

At the people mover's final stop - the  massive Consolidated Rental-A-Car facility (or ConRAC), facade work is now in progress at the 6.4-million-square-foot parking garage, which will have capacity for more than 18,000 vehicles.

Both the people mover and ConRAC are expected to open by 2023. 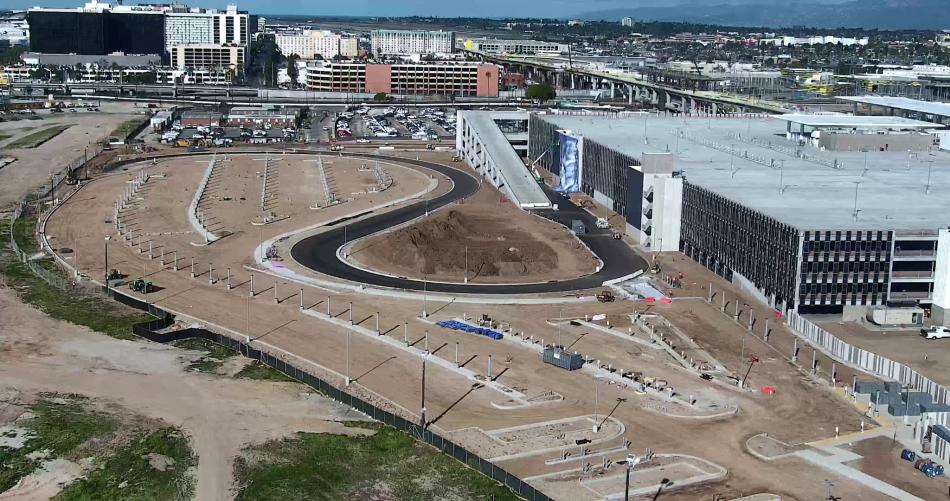 The two projects are the signature elements of LAX's $5.5-billion Landside Access Modernization Program, or "LAMP," which aims to change how many passengers will access the airport in the years to come.