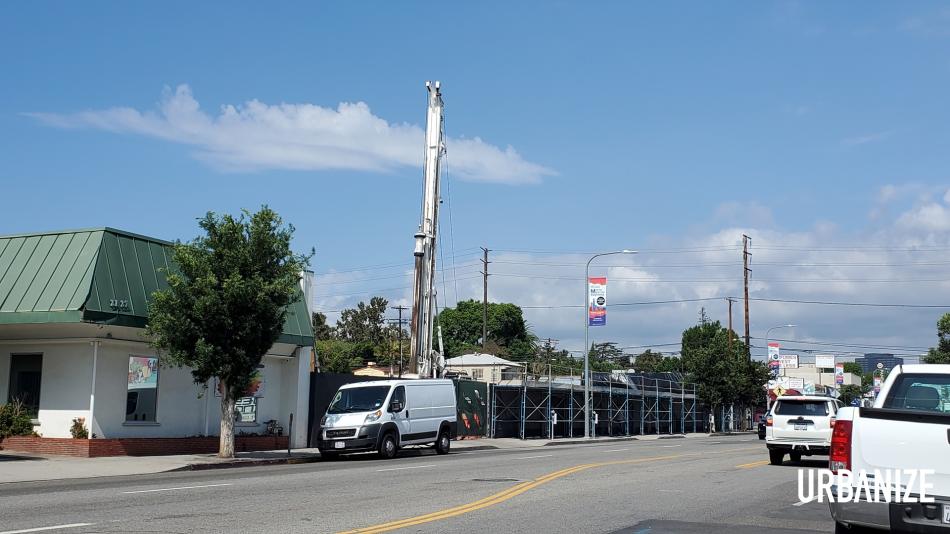 The project, which replaced a series of shuttered commercial buildings at 2107-2121 S. Westwood Boulevard, will consist of a five-story building featuring 92 studio, one-, two-, and three-bedroom apartments above approximately 1,500 square feet of ground-floor commercial space and a two-level, 125-car subterranean parking structure.

RBM entitled the site for development using density bonus incentives to permit a larger structure than allowed by zoning rules. Under terms of approval, eight of the proposed apartments must be set aside for rent as deed-restricted very low-income affordable housing. 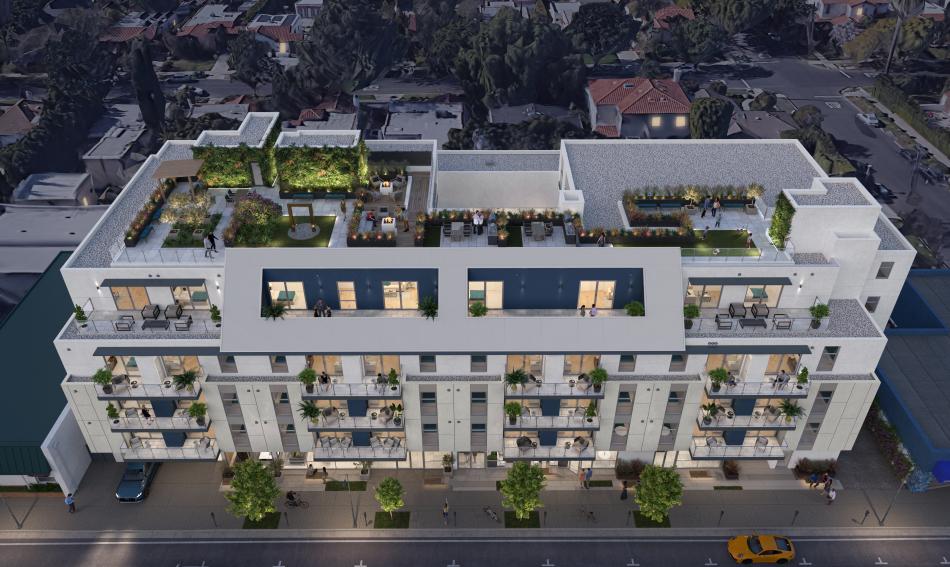 DE Architects is designing the mixed-use apartment complex, which shown in renderings with upper-level step backs facing both Westwood Boulevard and the single-family homes to the east.

Construction of the Westwood Boulevard project is expected to occur over a 28-month period, according to the environmental report adopted by the City Council earlier this year.