At a groundbreaking ceremony held last week, Metro officials marked the start of construction on the Eastside Access Improvement Project, which aims to improve bike and pedestrian connections to Union Station and the Little/Tokyo Arts District Station. 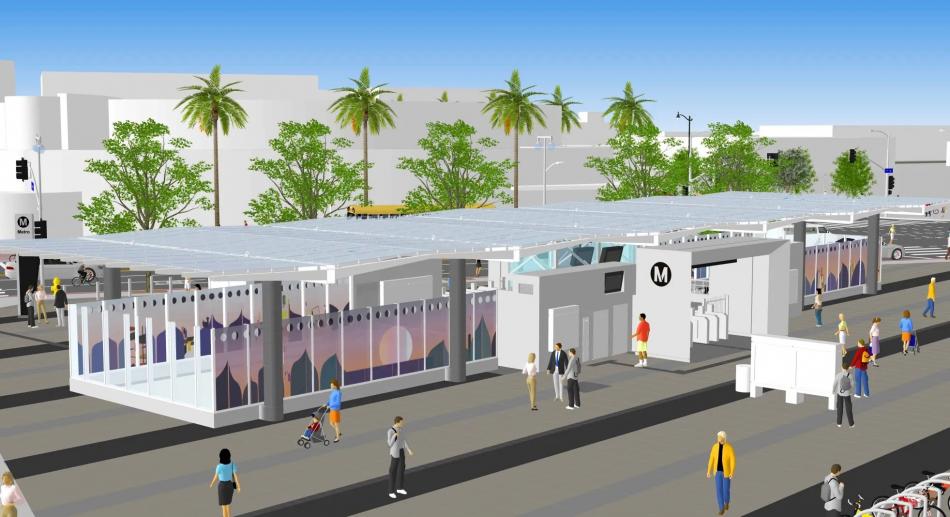 “When we started construction on the Regional Connector Project, we promised to not only physically restore Little Tokyo to what it was before construction, but to make it better,” said Metro chief executive officer Stephanie N. Wiggins in prepared marks. “This important project helps us fulfill that promise. It provides more access, more connectivity, and a safer pedestrian environment than when we started Regional Connector construction so many years ago.”

The elements of the $29.7-million project will be focused on the area within a one-mile radius of the underground station at 1st Street and Central Avenue in Little Tokyo, which is being built as part of the 1.9-mile Regional Connector subway.  The improvements are to be focused on segments of seven different corridors:

The project is highlighted by a planned esplanade for pedestrians and cyclists along the eastern side of Alameda Street, which would be lined by a double row of trees.  Altogether, the project will build 1.7 miles of new bike lanes and crosswalk improvements at 19 intersections.  Other project elements include sidewalk widening, bioswales, and new street lighting. 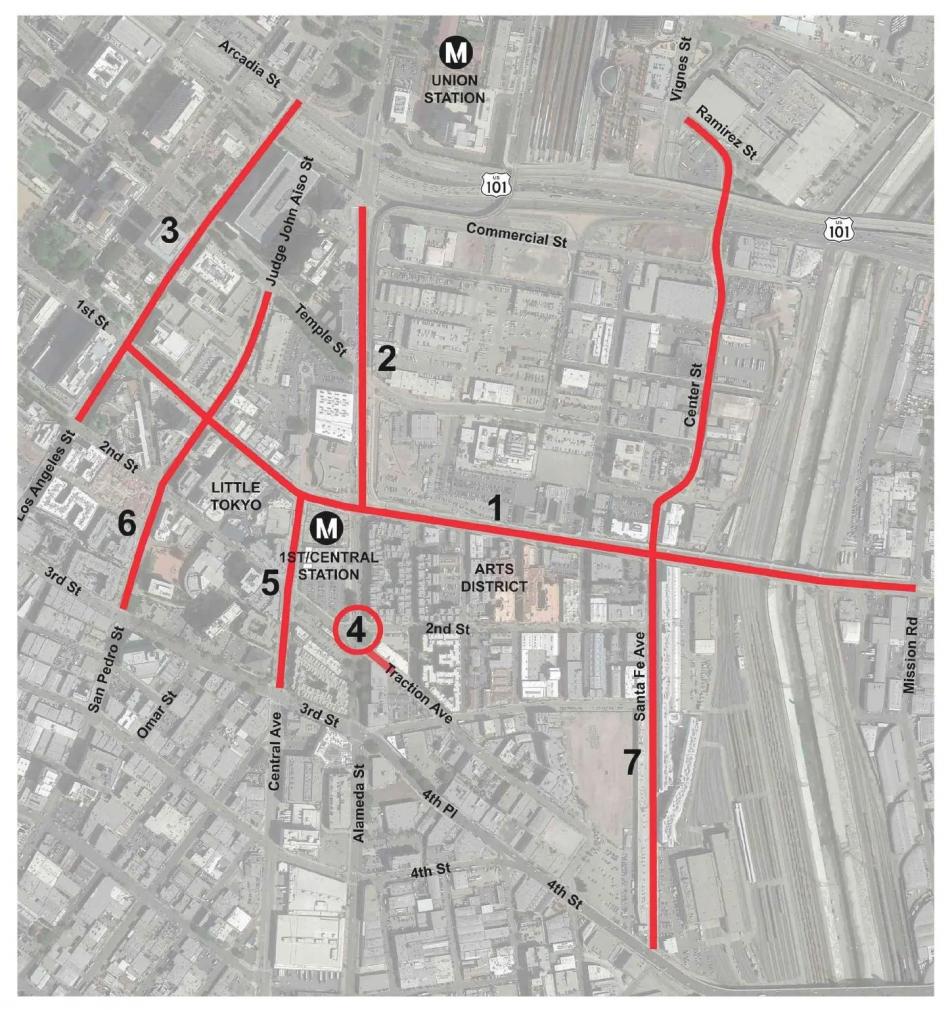 Construction of the Eastside Access project, which was funded through both Federal and local sources, is on pace for completion in 2022.

The Eastside Access project would complement a separate Metro effort centered on Union Station, which aims to bring an esplanade, new landscaping, and open space to the historic passenger rail terminal’s main entrance on Alameda Street.