Just south of the site of a future station on Metro's West Sana Ana Branch in Bellflower, construction is set to begin this month for a mixed-use apartment complex from Serrano Development Group. 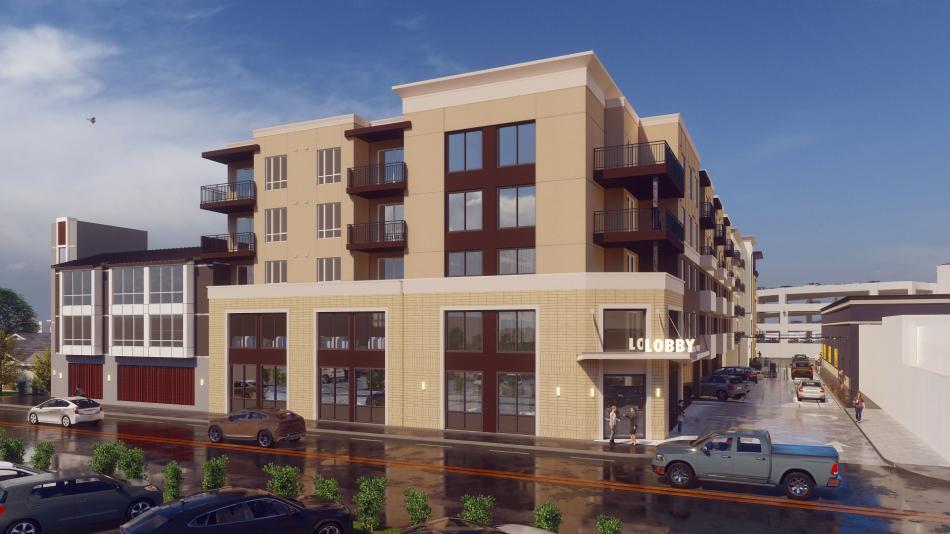 The project, named Edgeway Downtown Bellflower, will rise from a property located at 16411 Bellflower Boulevard and 9735 Oak Street, replacing a parking lot and a vacant retail building.  Plans call for the construction of a five-story edifice featuring 91 one-, and two-bedroom apartments above an enclosed ground-level parking garage.

"The landscape of Downtown is expanding and will now provide sought-after housing, a much needed component to help support our Downtown business community," said Bellflower Mayor Dan Koops in a news release.  "We are looking forward to seeing more pedestrians and activity in the heart of our vibrant community."

Edgeway, designed by WHA, would incorporate amenities including a swimming pool and spa, a fitness center, a business center, and a club room.  Renderings depict a contemporary low-rise structure clad in a mix of brick and stucco.

Also included in the project is a new 14,000-square-foot commercial building fronting Bellflower Boulevard, which would be subdivided for retail and restaurant tenants.  The project had previously been slated to include a four-screen theater with seating for up to 278 attendees. 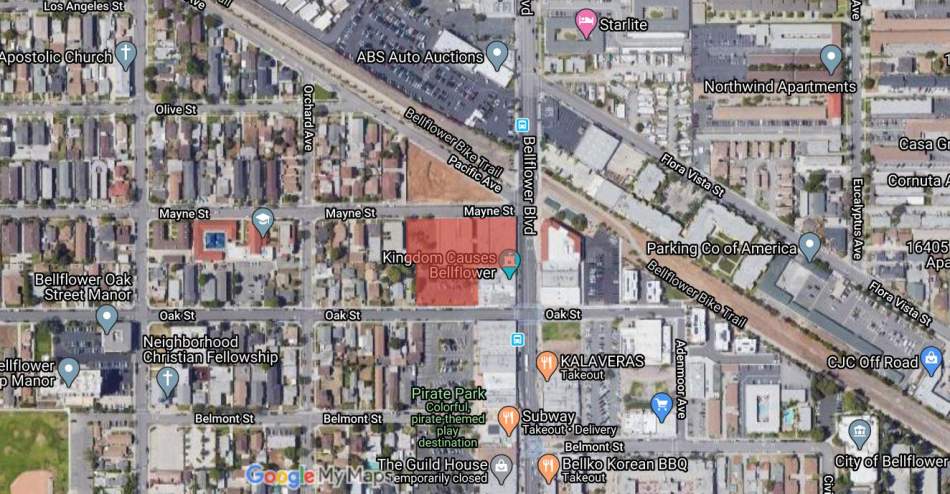 The project, which was financed by Carthay Bank, is scheduled to open in late 2024.  Serrano's affiliate Pacific Empire Builders is Edgeway's general contractor.

Serrano, which is based in Pasadena, is one of a handful of developers building new projects in anticipation of the West Santa Ana Branch, which could see its initial operating segment open as early as 2028.  In South Gate, a larger apartment complex is already wrapping up work near the future Gardendale Station.