A new tower crane has appeared just south of the Hollywood Walk of Fame, signaling the start of vertical construction on a new affordable housing and arts complex from The Actors Fund and developer Thomas Safran & Associates. 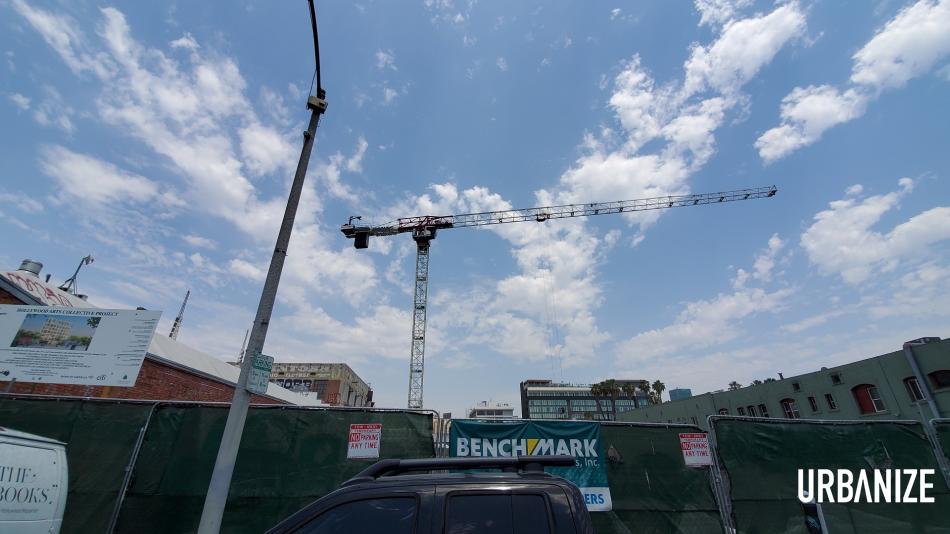 The $120-million Hollywood Arts Collective, which replaced a city-owned parking lot between Schrader Boulevard and Wilcox Avenue, will include a new seven-story edifice featuring 151 units of affordable housing earmarked for artists, as well as a performing arts venue, arts galleries, and rehearsal studios.  Plans also call for new office space that will serve as the western region headquarters for The Actors Fund.

Withee Malcolm Architects is designing the apartment complex, which will offer a mix of studio, one-, two-, and three-bedroom floor plans, all of which will be restricted to households earning at or below 50, 60, and 80 percent of the Los Angeles area median income level.  Per an application to the State of California for bond funding, rents at the building are expected to range from $518 to $2,110 per month.

HGA is designing another component of the project - the adjoining Arts Building - will include the galleries, rehearsal studios, and an 86-seat theater named for philanthropist Glorya Kaufman. 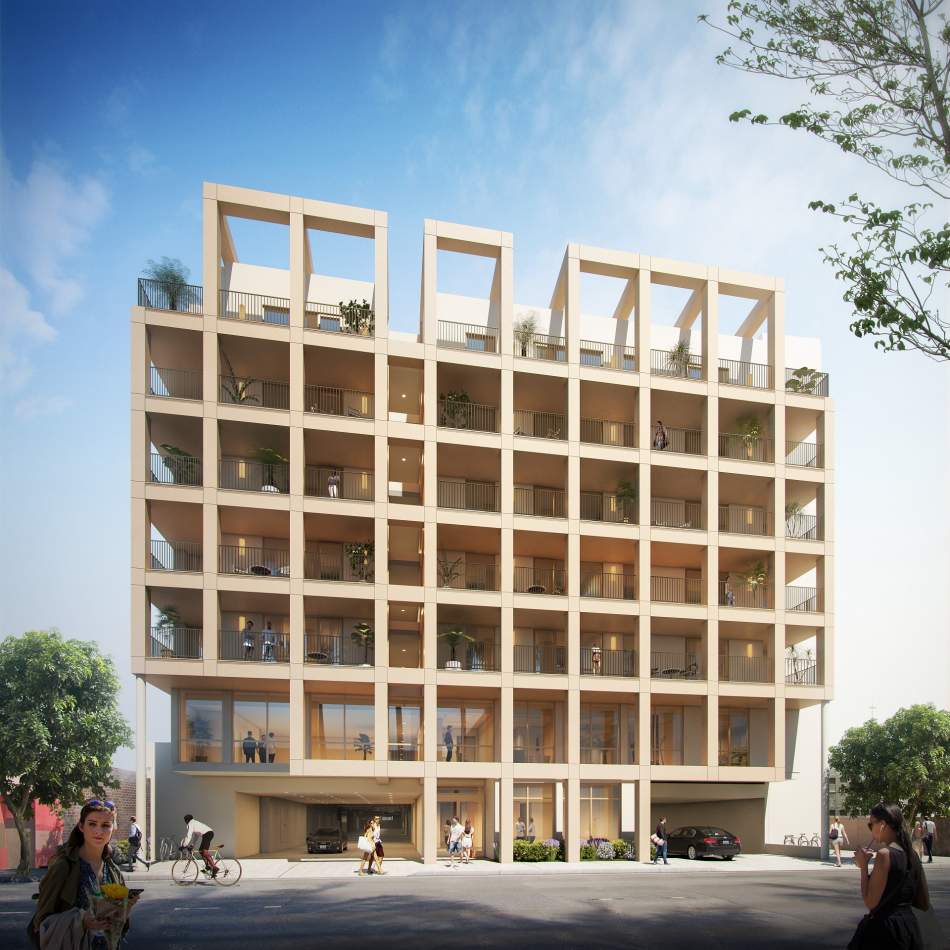 The project is funded in part through $100 million in public and private sources, including the City of Los Angeles, the State of California, the Los Angeles Development Fund and the federal Low Income Housing Tax Credit program.  The Actors Fund is also planning to raise $20 million to complete construction.

Completion of the mixed-use project is expected in 2024.